KMUSIC had the pleasure of attending YIRUMA‘s ‘Kiss The Rain‘ Tour Press Conference in Melbourne. The setting for the press conference was very intimate, where there were two beige couches seated at the front of the room.

When the host introduced YIRUMA to the front, YIRUMA politely greeted everyone in English. He spoke eloquently with a very slight British accent mixed with Korean accent. Similar to his music, his voice was somewhat soothing and charming at the same time. Throughout the duration of the press conference, YIRUMA was very well spoken and spoke in English when interacting with fans and the media.

YIRUMA briefly talked about how the winter weather has not dampened his mood, as he grew up in London and South Korea, which are locations renowned for their chilly winters. He also talked about his concert in Adelaide and expressed that he is looking forward to the one in Melbourne as well. YIRUMA explained that he wants his attendees at concert to absorb the music and become relax, so that the music can carry off the listeners through a journey of memories. YIRUMA explained that each composition was written to inspire and remind the audience of love and hope in their memories.

During the press conference, both fans and friends of the media had the opportunity to interview YIRUMA. One of the very first questions that YIRUMA was asked was ‘What do you do in your free time?’ YIRUMA answered that he would listen to rock music, because he is a ‘rocker’ at heart. YIRUMA explained that if he did not play the piano he would have played the guitar and would be part of a rock band. 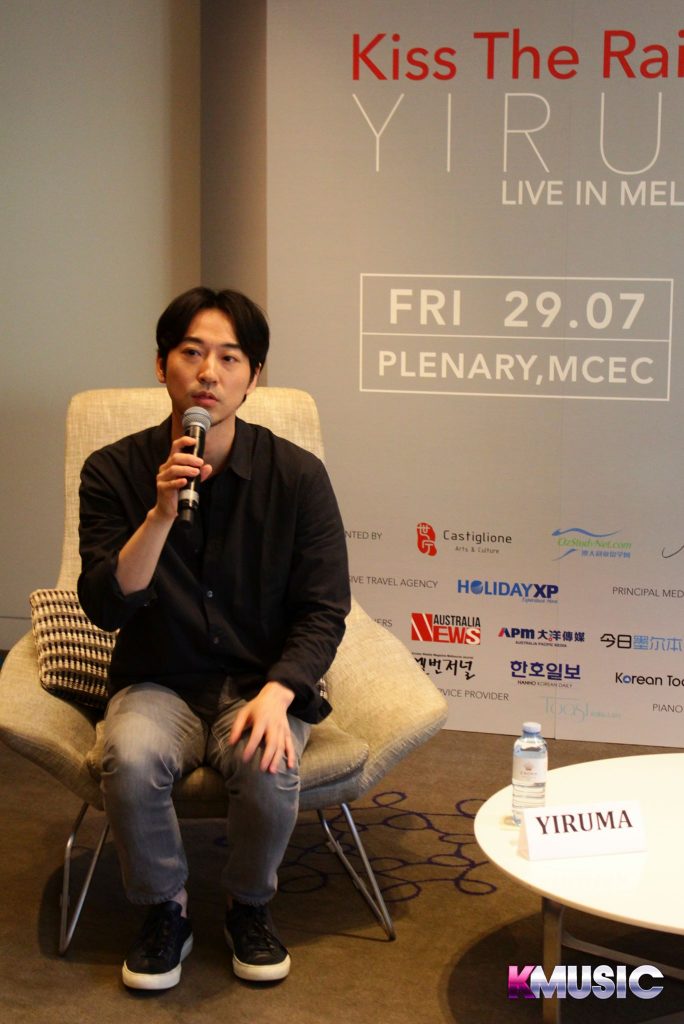 YIRUMA was then asked ‘Where do you get your inspirations for your music from?’. YIRUMA was open and stated that there is no set place for receiving inspiration. He said that he receives inspiration from his family and places that he has been too and then humorously states that his fans can be the source of his inspirations.

Then another audience member asked YIRUMA, ‘When unmotivated how do you power on with music?’ YIRUMA states that he does not want to force music. He believes that music will come naturally and until then he will just play around with his piano. If he likes a melody, the melody can become a tool and motivate him to overcome his writer’s block. YIRUMA also expressed that he enjoys meeting with other musicians, as it brings about opportunities for collaborations.

When asked ‘Whether he has encountered any challenges during his musical career?’. YIRUMA stated that when in London, he did attempt to write music for singers who worked with orchestra, as he dreamt of being a singer -songwriter. Another question that was posed to YIRUMA was ‘ How often do you practice piano?’. Surprisingly, YIRUMA stated that he does not practice, where the audience gasped. YIRUMA explained that he is always writing and is always playing and that he doesn’t see it as practicing, as playing the piano is something he loves. 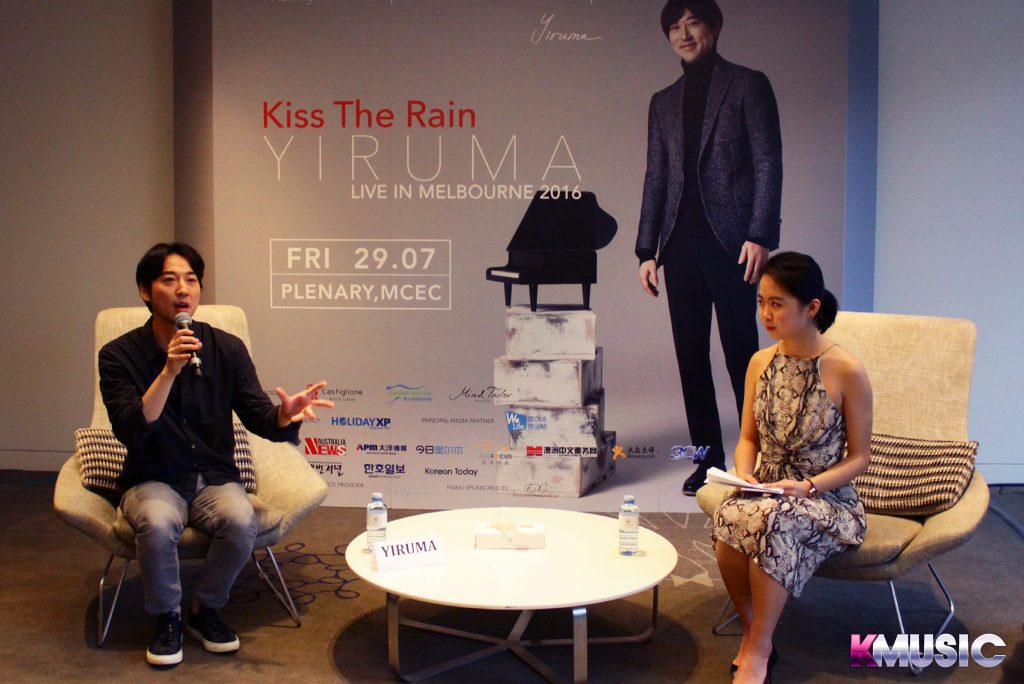 KMUSIC was then given the opportunity to interview YIRUMA, ‘People claim your music is hard to classify terming it as Neo-classical or pop classical. How would you define your music?’. YIRUMA explained that he does not like categorizing his music, as he does not believe that his music belongs to the classical genre. However if he does need to classify it, he will describe his music to be new age classical. This is because he feels that when classical musicians write, it makes it difficult for the audience to connect to their music because it needs a description. However when he writes, he wants the audience to attach their own memories and feelings to give life to the music.

One of the fans then asked ‘How did River Flows In You come into being?’. YIRUMA stated that he received his inspiration for River Flows In You from watching a commercial, where there was a performance of the Irish river dance. After watching the commercial, and laying his fingers on his keyboard, YIRUMA stated that he felt his fingers moved like the river dancers. Inspired by the flow of music coming from his fingers and the river he named the song River Flows In You. YIRUMA then humorously recalled the first time he showed the piece to his mother who replied with a simple “It’s Nice”, which brought laughter to the audience. YIRUMA states that he dreams to compose and play music which is not too difficult, as this is how he connects with his fans.

One of the last questions of the press conference was posed by a fan who asked YIRUMA “Whether he has tried learning any other instruments other than the piano?” YIRUMA replied that he has attempted to play the cello, but it does not compare with his ability to play the piano. However he loves the cello dearly and believes that it fits perfectly with the piano.

At the conclusion of the interview YIRUMA took photos with his fans and received many bouquets of flowers.

Thank you to Castiglione for inviting us!