It seems the glitz and glamor of celebrity life in South Korea isn’t the same for everyone. 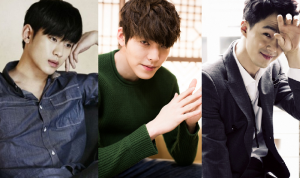 These imbalances were found within the music industry as well. Statistics showed that out of 4,587 singers/idols who filed their taxes in 2015, the top 1% took away roughly 3.11 billion won per person ($2,650,186). This was equal to 45% of the total earnings by all artists. The top 10% were making an annual average 604 million won or 88.9% of the total. The other 90% were making roughly 8 million won or $6,822. These numbers highlights the wide pay gap between A list celebrities and struggling artists in the business.

An NTS official has indicated a gender gap as well and stated that “For singers, male idols dominated the top income group, the popularity of K-pop and the (Hallyu Wave) seems to have had its effect.”

What are your thoughts on this giant wage gap in the K-pop world?

Let us know in the comments below!