It’s a K-Drama fan’s dream come true! Some of the top stars of K-Drama this year are coming together for one web mini drama all for Lotte Duty Free! Fans can look forward to the mini series called ‘First Kiss For The Sixth Time‘ where Choi Ji Woo (Lee Cho Hee) must pick amongst six men who she wants as her first kiss! Lee Jong Suk plays a top star, Lee Joon Ki is business owner and church goer, Ji Chang Wook is a sexy secret, Park Hae Jin is a romantic coworker, EXO‘s Kai is the adorable young best friend, and 2pm‘s Taecyeon is a naive rich kid. 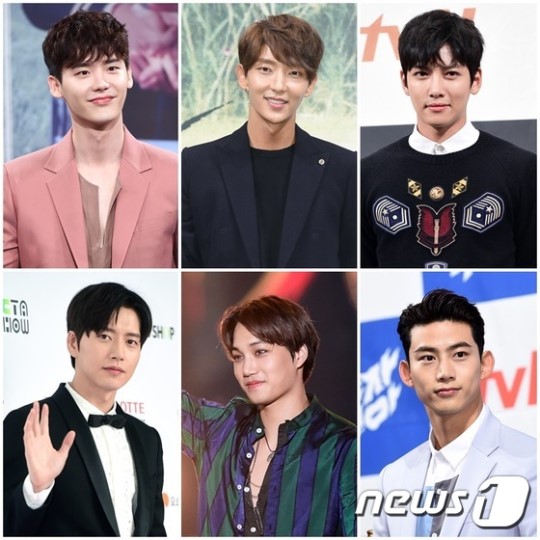 While there isn’t many details on the web series, it’s sure to be a big hit with ‘dream team’ Lotte has assembled! Catch Ji Chang Wook as a sexy bodyguard in ‘K2‘ Fridays and Saturdays!

Are you excited about this new drama announcement? Let us know in the comments below!