Fans everywhere have been anticipating the upcoming release of ‘Beautiful Liar‘, the first from VIXX‘s new sub-unit, LR. The group will consist of rapper Ravi and vocalist Leo. Each member has released an individual teaser, along with the release of the track-list. The teasers feature each member, a light fanning over their face. They showcase their respective sounds in each short clip, leaving the viewers wanting more. 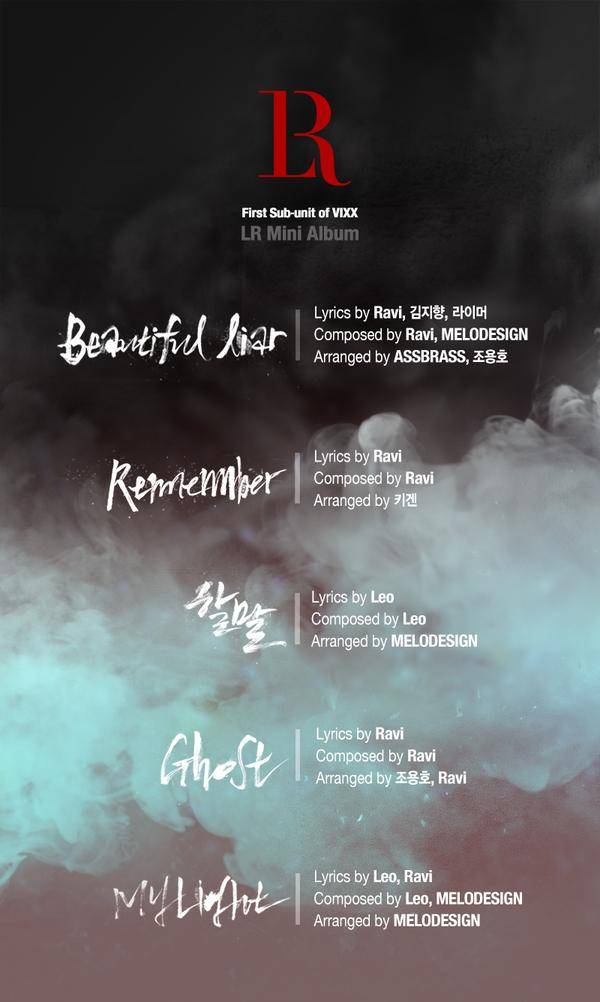 As anticipation grows, so does one’s curiosity. What will these members showcase in this comeback? The feelings given from the teaser hints at possible heart break or some sort of romantic tension. The concept itself is very artsy and uses black and white hues, a more simplistic, but elegant approach. When it comes to concepts, VIXX is one of the most experienced groups. Their past music videos have showcased brilliantly executed ideas.

The release is set for August 17th at midnight KST. Make sure to stay tuned with Officially KMusic for complete coverage!

In case you missed any of the teasers, we have posted them below for your convenience.