Male idols can no longer delay mandatory military enlistment until 30

Male idols can no longer delay mandatory military enlistment until 30

There have been some changes to the military enlistment laws in South Korea, and the changes mean that men can no longer delay their enlistment until the age of 30.

The Military Manpower Association (MMA) has created a new amendment stating that they will be directly managing the enlistment of celebrities. The term “celebrity” refers to singers, actors, comedians, dancers, DJs, models, and others coming from broadcasts. It is reported that contracted trainees within agencies and athletes are also included.

With effect from August 1, 2018, the maximum age that a Korean male can delay his mandatory service has been reduced by two years, from the age of 30 to the age of 28.

Enlistment can no longer be delayed for Korean men aged 28 and older for the reasons of attending graduate school, overlap in enlistment period with a sibling, study for public certification and ambassador promotions.

Travel restrictions have also been put in place for men aged between 25 – 27 years.  They are only permitted five (5) international trips, with each trip being for a maximum of six (6) months.

Some of the idols who fall into this category are:  SHINee’s Onew, Highlight’s Doojoon, Junhyung, Yoseob, GiKwang, EXO’s Xiumin, FTISLAND’s Hongki and Jonghoon, BIGBANG’s Seungri and B.A.P’s Yongguk. 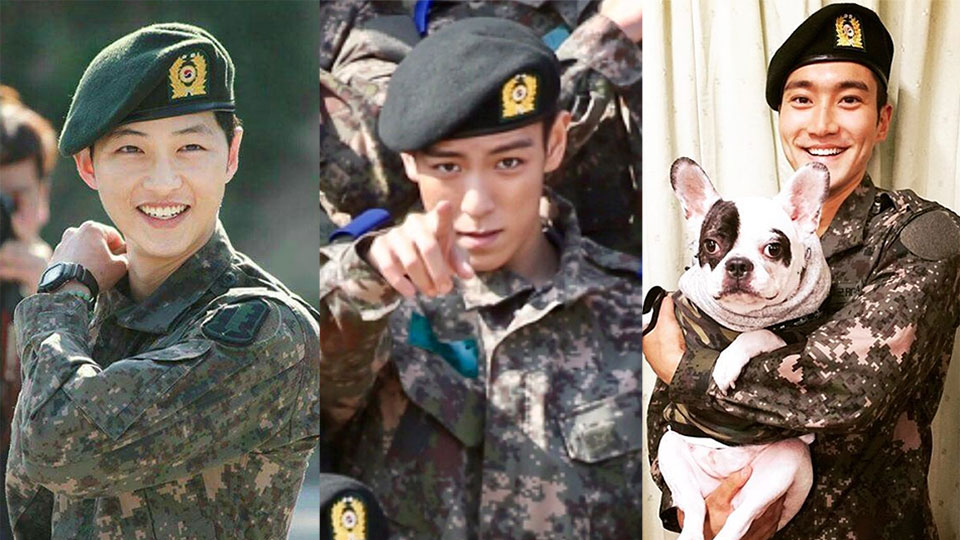 What do you think of the news of the change in military enlistment laws in South Korea?  Is your bias going to be enlisting sooner than you expected?  Let us know your thoughts in the comments below.