It was first announced on December 24, 2013 that JYP Entertainment would be launching the debut of a new boy group coined as the next 2PM.

It was also revealed that both members of JJ Project are joining in on the fun and being added to the new group. The boys, seven in number, will be named GOT7. The members are from all over the world. GOT7 will be JYP’s first hip-hop group and will focus on “martial arts tricking” for its performance genre. This is expected to stand apart from senior group 2PM’s “acrobatic” stage performances.

JYP Entertainment started revealing the members of GOT7 on January 3rd.  GOT7 will hold its first debut stage January 16th on Mnet’s “M!Countdown,” and release its first mini album January 20th. So make sure to remember those dates!

Hey! That’s a familiar face! JB, whom we have already gotten acquainted with through JJ Project, makes his re-debut in GOT7! JB’s photo has him wearing a stylish print jacket and a chic expression. 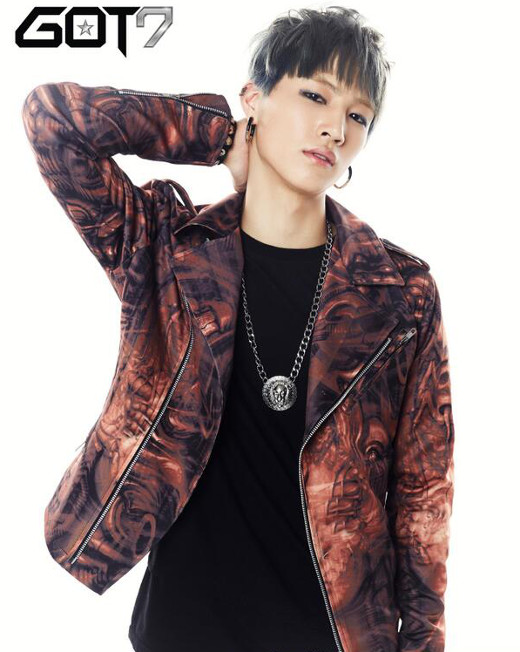 Next up is “mega watt smile” Mark! The picture shows off his adorable looks while staying true to the group’s style in his shiny hip-hop outfit! 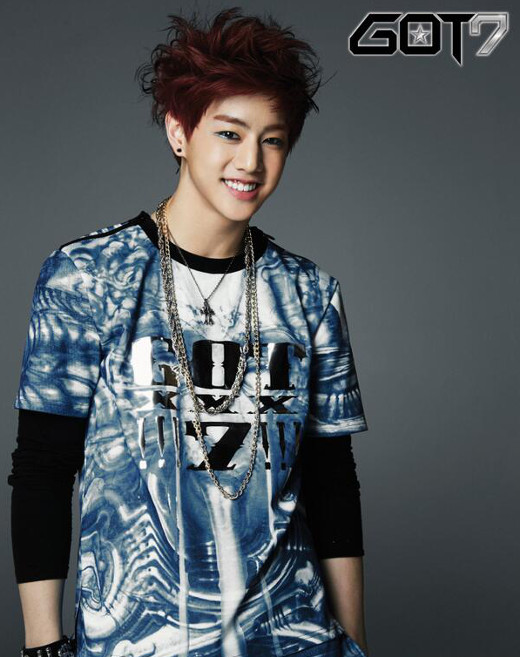 Jackson who is known to be a talented fencing athlete for the Hong Kong youth team shows off a charismatic idol look in his picture. On top of that he is also said to be skilled at martial arts, hence the group’s focus. 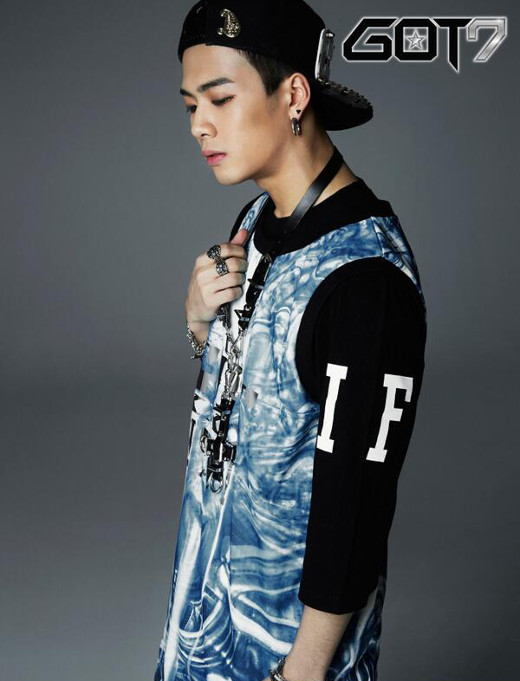 Fourth is the maknae, Yugyeom! Despite being the youngest of the bunch, he has an older brother feel which helps feed into the hip hop aura of the group. He is said to be skilled in singing and street dancing! 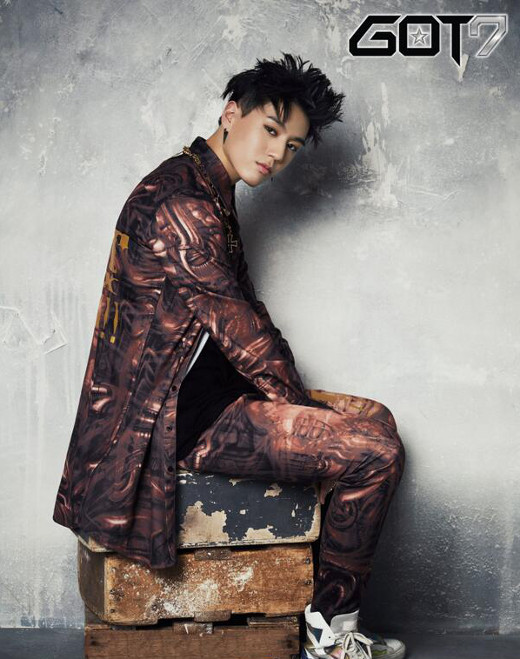 Joining his former group member JB, the other half of the successful duo JJ Project couldn’t be left behind! Jr shows off a more serious look this time and shows the world his stylish features while rocking a short black hair cut! 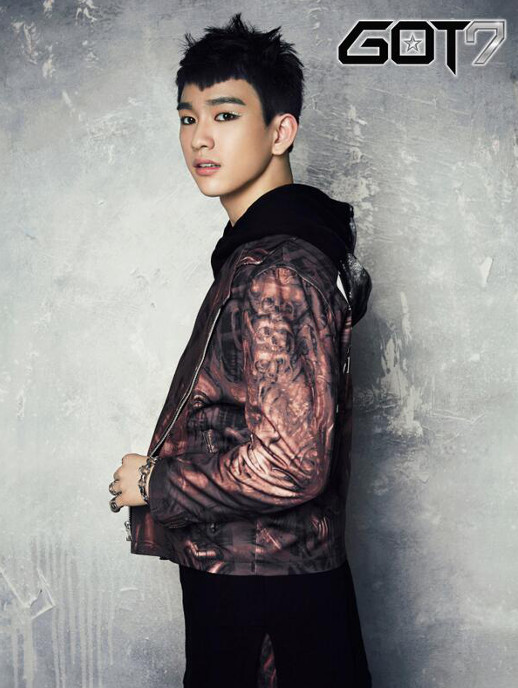 Now lets meet one of the “hyper younger brothers” already showcasing in pictures his talents. Up first is member BamBam who exhibited his “martial arts tricking” skills by doing a one-hand handstand! 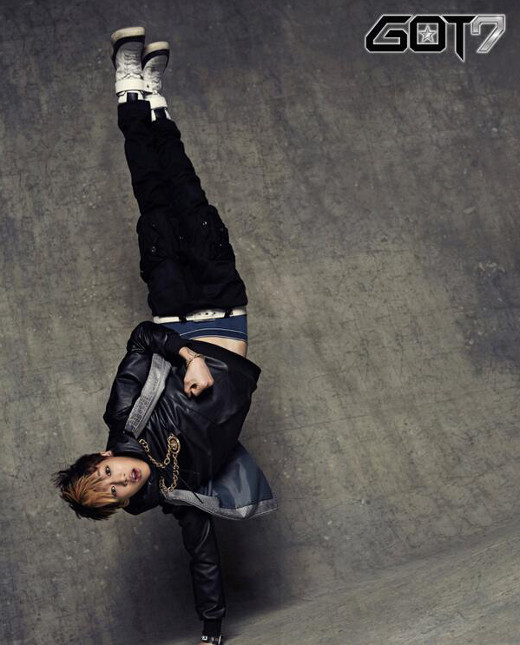 And last but most certainly not least is fellow “hyper younger brother” Youngjae. He made sure to show off his dance skills and gave future fans a taste of what they can expect to see from the boys! 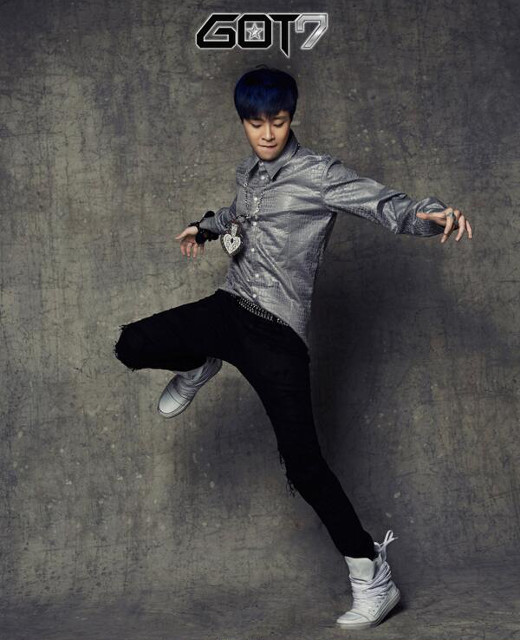 The fun does not end here though! After announcing the GOT7 members by posting teaser images throughout the week, JYP’s newest boy group has finally  released two teasers clips that amps up their entrance into the KPop world! The first teaser doesn’t really reveal GOT7′s music but it excites the fans nonetheless as it is the first official video clip of the group. Following up to the next teaser, where we get just a little taste of what we can expect!

Make sure to watch the teasers below and let’s all wait for their energetic and sure to be unforgettable debut on January 16th!