Melodies Rejoice! BTOB Is Preparing For A Comeback!

Melodies Rejoice! BTOB Is Preparing For A Comeback!

That’s right fans, BTOB have started prepping for a comeback before the end of this year. Their agency, Cube Entertainment stated, “BTOB is preparing an album and is aiming to make a comeback in November. The comeback date may be pushed back depending on the timing, but they will make a comeback within the year.”

A representative also gave a hint that “There is a high chance that the title track for this comeback will be a dance genre track. They are looking at a variety of genres.” This would be BTOB’s first dance track in 2 and a half years!

BTOB have been extremely active since their last group comeback in March with their mini album, “Remember That.” The boys went to the U.S. as a band for the first time at Kcon, New York. They announced a full length Japanese album coming in December, a single for the hit show ‘Cinderella and The Four Knights,‘ and had their first ever sub unit BTOB-BLUE who released a digital ballad entitled, “Stand By Me,” in early September.

BTOB have already started filming the music video for their first full length Japanase album which will feature dance tracks, ballads, and a special Christmas song! Member Peniel teased fans on Instagram with a picture from their shoot. 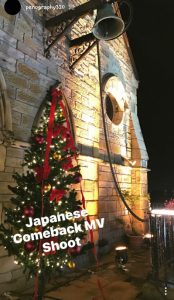 What are your thoughts on BTOB’s comeback? Let us know in the comments below!