For Monsta X, 2017 is going to be bigger, better and definitely busier. The group announced their comeback plans during a V-Live broadcast and stated that they will return in February. 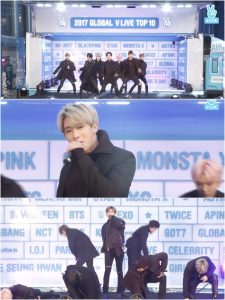 The last time we saw Monsta X was in October 2016 with their 4th mini album ‘The Clan 2.5 Pt. 2 Guilty‘, with title track ‘Fighter‘. The mini album fared well and peaked 2nd and 3rd on the Gaon Album Chart and Billboard World Albums Chart respectively.

Most recently, episodes of their newest variety show started airing, “Monsta X-Ray“. Two episodes in and the group has shown off some hilarious variety skills and impressions! You can now watch the episodes one and two on their V-Live channel. 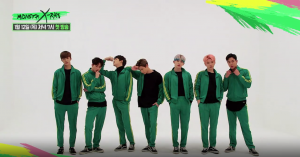 You can watch the full V-Live broadcast here!

So Monbebes, are you ready to see what Monsta X will be bringing to us next month? Are you also ready to hear what Jooheon has in store? Let us know in the comments!

Stay with Officially KMusic as we bring you the latest in Korean entertainment and Monsta X news!

Scroll for more
Tap
Get Ready For ’PaloAlto Unite Tour 2017’
Did You Get Your Tickets for ’B1A4 FOUR NIGHTS IN THE U.S TOUR’?
Scroll
Loading Comments...