[K-EXCLUSIVE] Monsta X in Europe: Only superlatives to describe the concert!

[K-EXCLUSIVE] Monsta X in Europe: Only superlatives to describe the concert!

This month Monsta X returned to Europe with their music and all the fans were counting down days to finally see their boys. We were in the fan crowd of the Berlin concert and still cannot get over how amazing the night was! It is hard to summarize the night as it was one huge party leaving us out of breath! 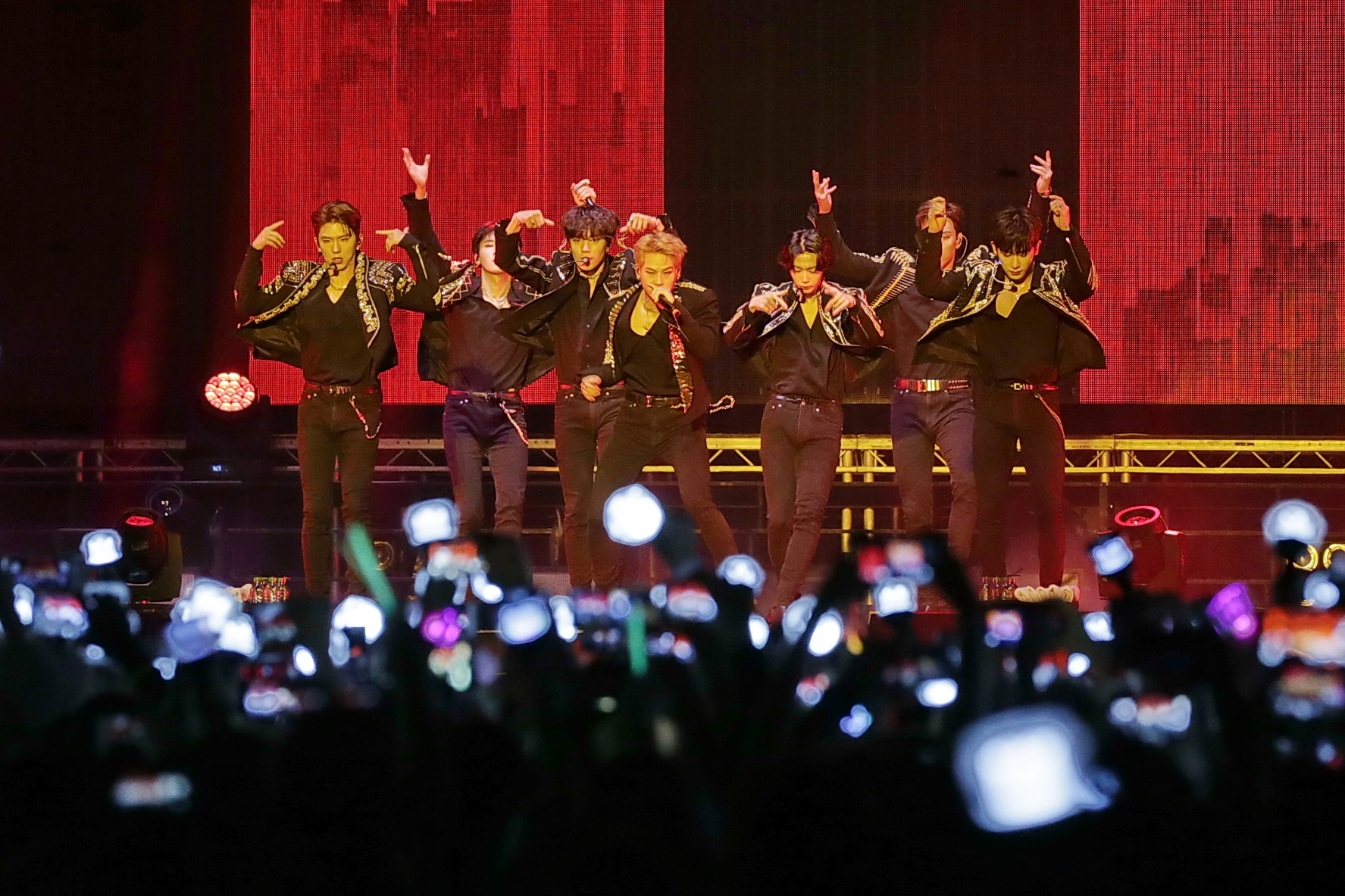 The group presented every song you might expect and wish to see for this tour: from “Shoot Out“, “Hero” or “Jealousy” to “Dramarama“, “Alligator“, “Myself” or “Play it cool“. The fans almost took down the building with their loud fanchants when the boys danced their favorite songs under the laser lights, here and there also accompanied by cannon confetti. 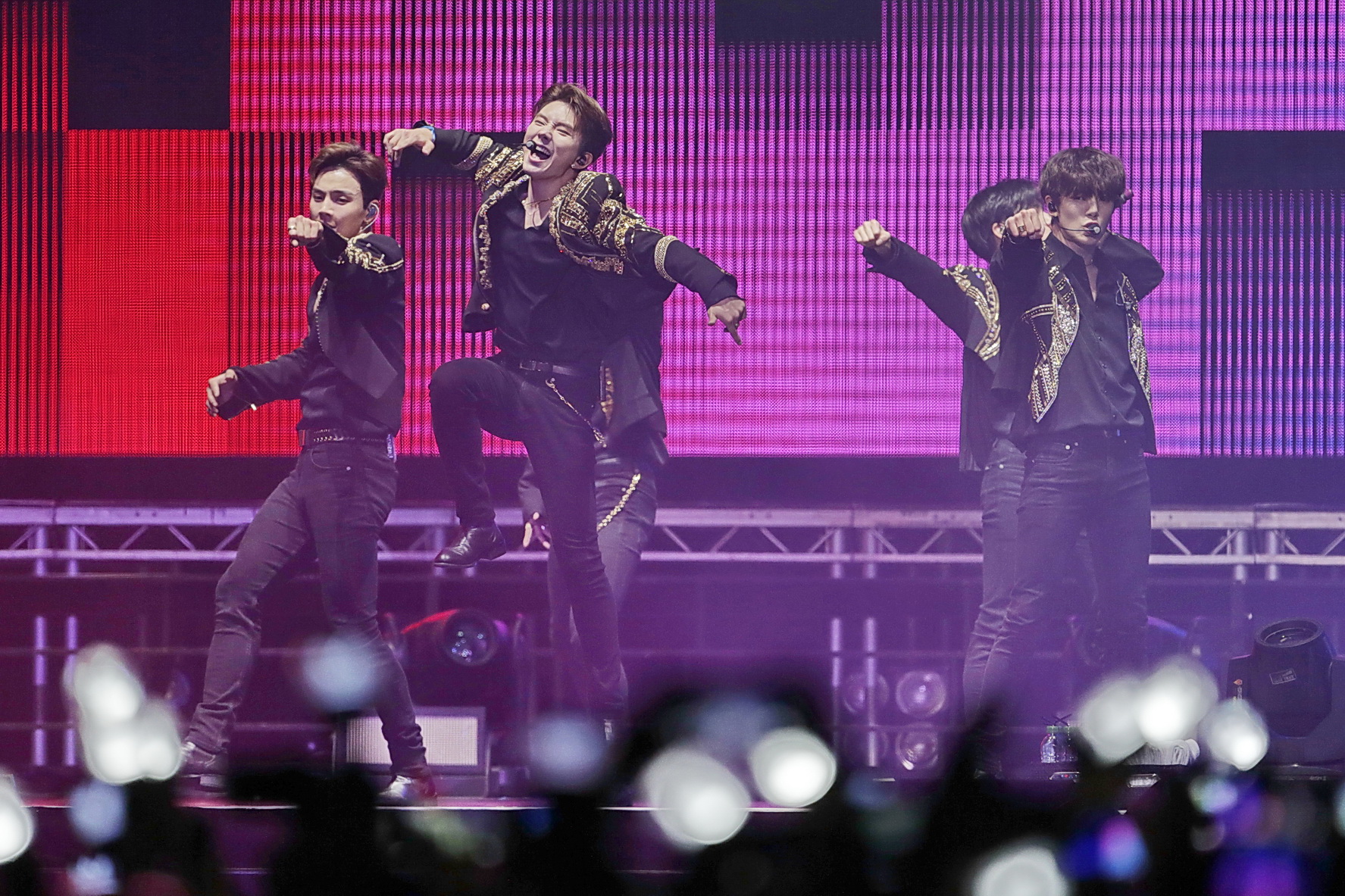 The most surprising part were the solo stages. Especially “Sambakja” stage done by I.M and Jooheon. This particular performance was so packed up with explosive rap it left a huge impression upon everyone, the two members included. One small part of this stage was a moment where I.M was to throw a bottle into the air, the bottle was to turn in the air and land securely on the group again. We could all feel the happiness and craziness of the two members when this mission ended successfully. And as they shared later on during one of the ments – it was only for the second time they succeeded with the bottle-flipping. 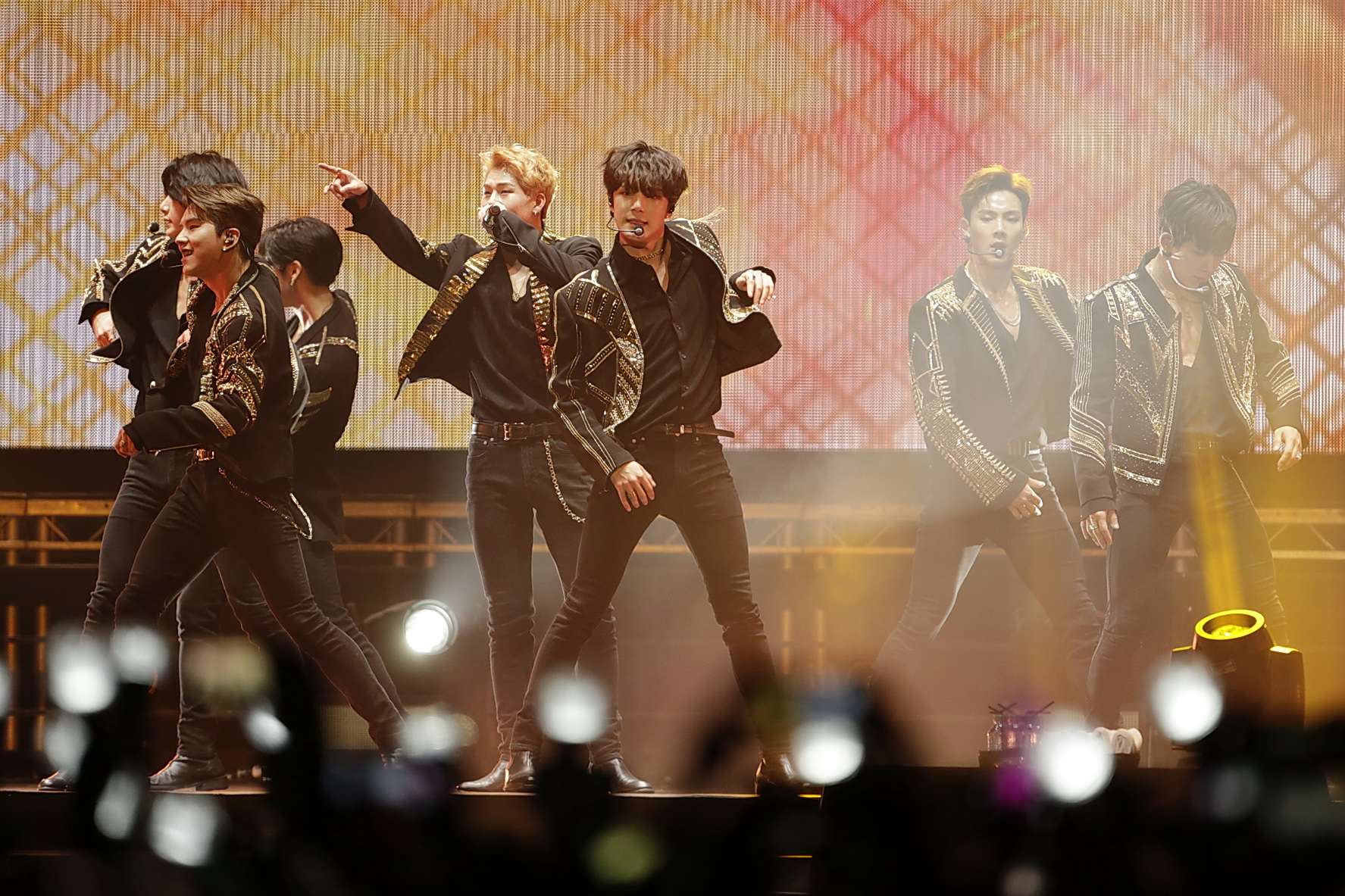 Wonho and Shownu performed “Mirror” which showed us a bit of their individual sexiness. Minhyuk, Hyungwon and Kihyun performed “Myself” song, with one of the members appearing on the stage as if by magic itself! And the end of the night was also blessed by Hyungwon´s DJing stage to just bring more excitement into the fans´ vein for the last ride of song including “Rodeo” and “By my side“. 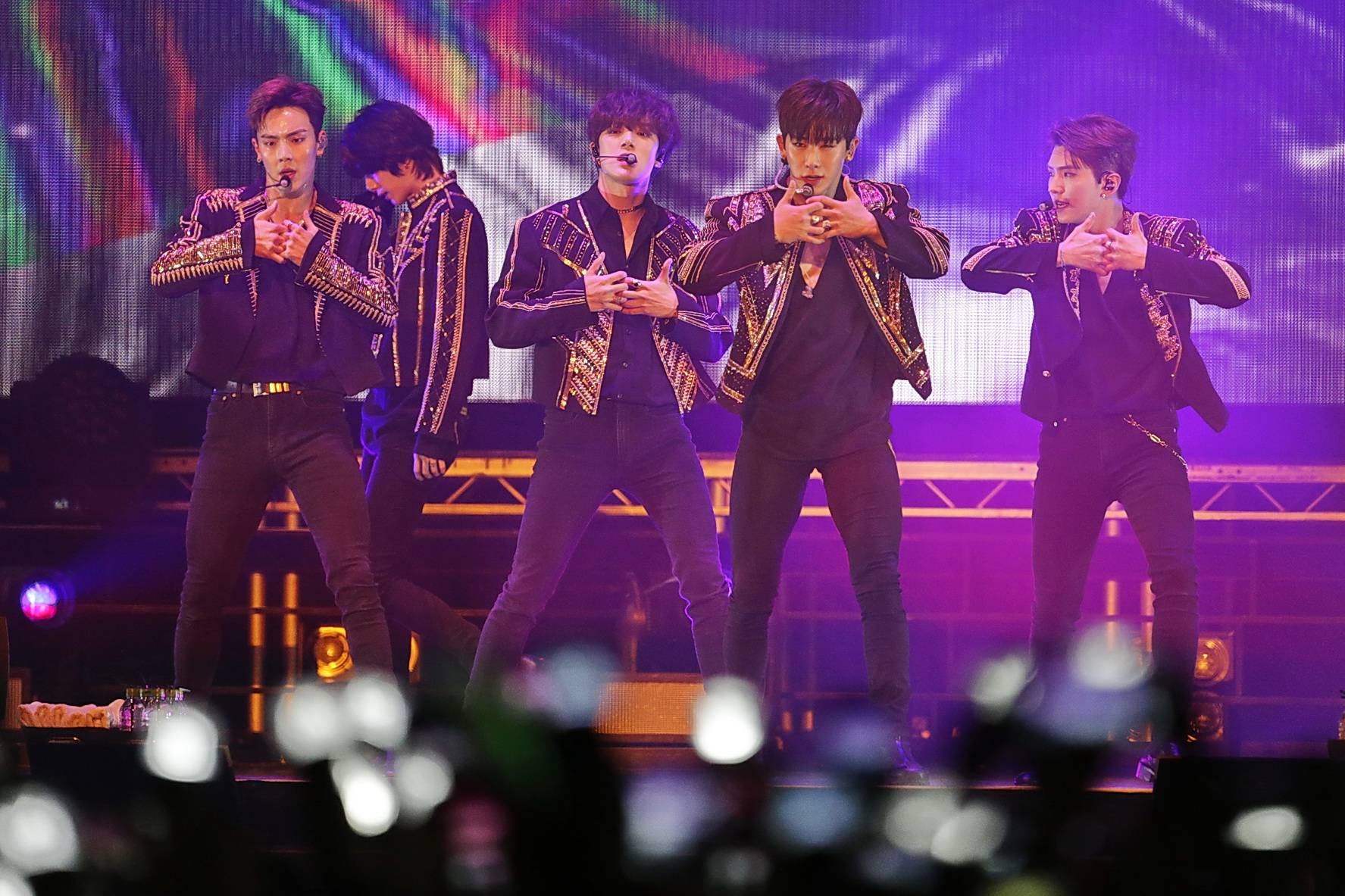 Monsta X has undoubtedly an amazing chemistry on stage as well as incredible choreography synchronization. They can lure you into the song very easily and you have no energy left to fight back and just keep on falling in love with their powerful rap, sharp choreo moves, addicting vocals or cute aegyo. They have developed their own unique style which is unbeatable. And what´s more – each of the members has their own charms there is no wonder they keep on messing up fans´ bias list after each show. 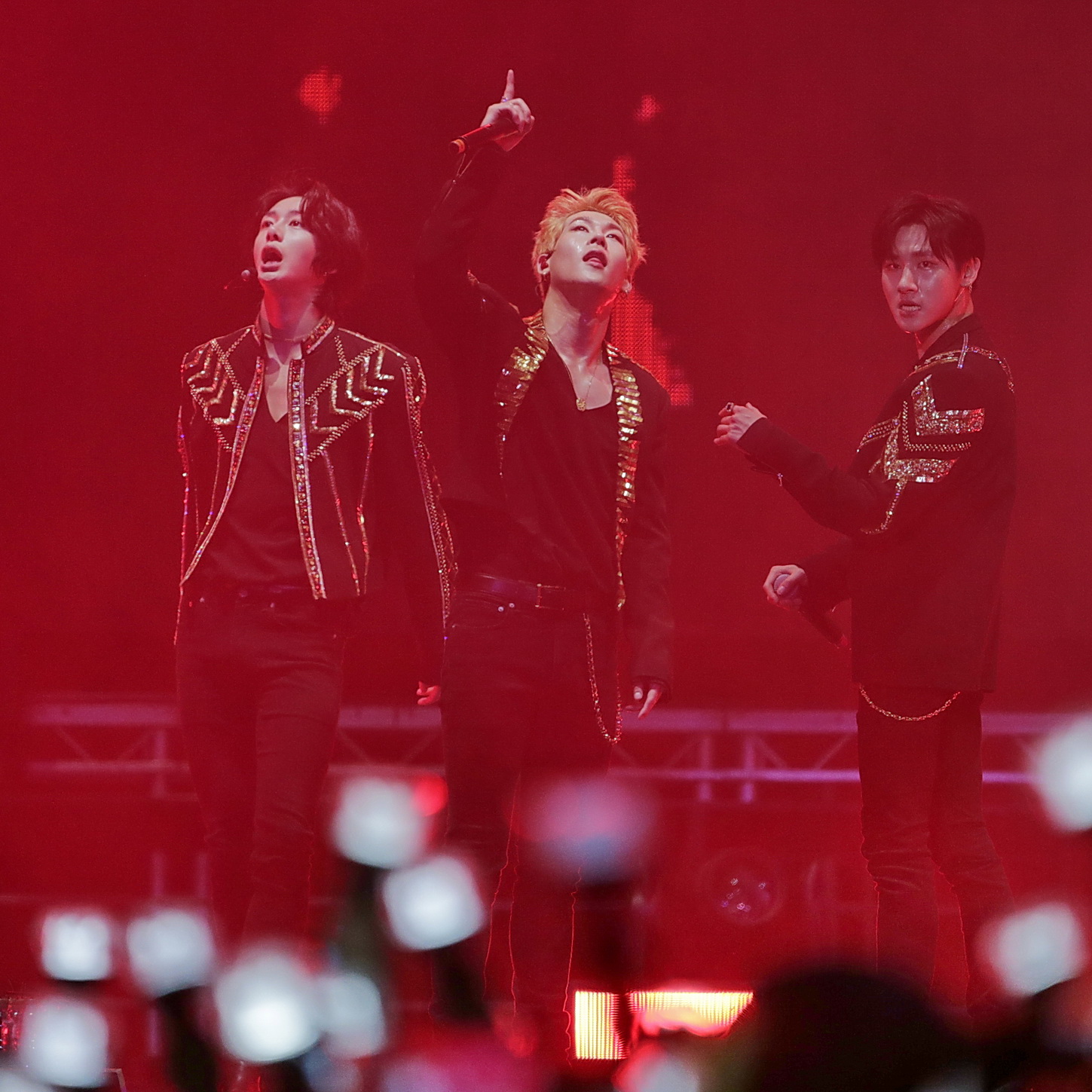 During the concert in Germany the fans were kept in a constant heart-attack-like stage for the whole show and when it was over and they could finally breath freely, they wanted nothing more but to turn back time and experience it all over again. The long wait in front of the arena and all the stress connected with attending concert were absolutely worth it for them, and us as well.

Monsta X truly rocked the night in Berlin and we can only recommend going for their next concert in case you missed on this tour!

Scroll for more
Tap
Europe, get ready for PENTAGON!
Show your love for Korea at the Finger Heart Festival
Scroll
Loading Comments...