It’s collaboration time for one member of Monsta X! On October 11th, a cryptic teaser image was released on Monsta X’s official Twitter reading, “Shall we go together to find happiness?” 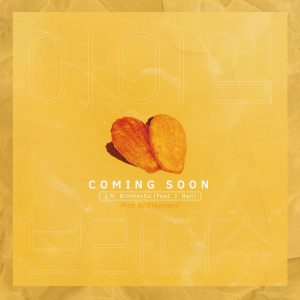 The teaser revealed that rapper and maknae, I.M, would be collaborating with another of Starship’s artists- BrotherSu. The latter is one of Starship’s newer singer-songwriter recruits who has done collaborations with Mad Clown, K.Will and Sistar’s Soyou. Also featuring is J.Han, with the track being produced by 216project– a duo consisting of A June & J Beat.

On October 13th, Starship released a teaser for the track, titled “Madeleine“, on Vlive and YouTube. You can check out the clip here:

The end of the teaser revealed October 20th as the release day for “Madeleine.” Anticipation is already building for the easy to listen, romantic sounding track. Just recently, Monsta X made their comeback with “Fighter” and their 4th mini album, “The Clan Part 2. Guilty”

What do you think about I.M’s latest collaboration? Let us know in the comments!