Dance machine and the vocalist of the boy group B.A.P, Moon Jong-up celebrated his 21st birthday on the 6th of February.

Moon Jong-up was born in 1995, and is also well known as Moontos, Moon Angel and Cheetos. He’s called an angel because he never gets angry and always smiling. He’s named cheetos because of he calls his biceps, cheetos. Born in Seongnam, Gyeonggi-do, South Korea as the youngest of the family, having two elder brothers, Jong-up was a fascinating little one, who was mischievous and adorable.

According to him, the best time he had was the time he spent when he was still small was with his hyungs (elder brothers), playing and hanging out. He had been a loving dongsaeng (younger brother) to his hyungs and he finds them kind and caring.

His education begins at Sunae elementary school, where he collected many cute memories. He had been a naughty kid, who always had fights with his friends for no reason. He played and waited until his friends took his toys and picked fights with them to get them back. There had been times where he got into troubles with his mother, after getting caught taking his piggy bank to the kindergarten. Even though, there had been nothing he wanted to buy, he has been interested in having money it seems.

The worst experience for him to recall from his small days is, the experience of being lost. When he visited his relatives in America with his parents, he got lost. But his parents found him because he was staying still where he was. Our poor baby Jong-up must have been really scared.

During Jong-up’s middle school times, he was involved in interesting extracurricular activities. He joined cross-stitching with his friend. Later finding the dancing club of the school, he enrolled himself following his friend. After seeing his seniors at the club, he found himself falling in love with dancing in a way that he never could escape. Eventually, he dedicated all time for practices and as he wanted to test his competence, started going for tournaments, where he started to feel the taste and temptation of the stage. He failed to win any trophies because the best he could reach was 2nd place. 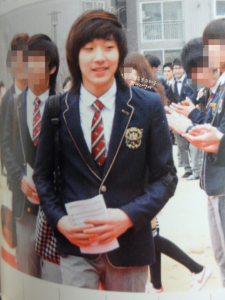 But, one phone call changed his life. He received a call from head of recruitments of a competition wanted him to audition for them. Since it was on short notice, Jong-up didn’t have much preparations done. Therefore, he did the same performance he did for his high school qualification exam; a dance for a song of Usher, and ended up being laughed at. Although he had given up his hopes, it was not the real end. He again received a call and he heard them saying, ‘It’s hard preparing to be an idol. But, do you think you can do it?’. What’s more? Overwhelmed Jong-up screamed ‘Yes’ in joy and started turning the best pages of his life.

Being selected to TS Entertainment this way, Jong-up is a senior member after Bang Yong-guk, having the second longest training period. When he first got to know Yong-guk, he was a loner, and didn’t mind being as such. But later on, he liked Jong-up’s company and even started sleeping next to him.

Dancer Jong-up was influenced to be a singer by Chris Brown, who is his role model. Although he had his mind fluctuating about his success as a singer, watching Chris Brown made him more motivated and today Jong up is a successor as a sub vocalist in the group B.A.P, apart from his undefeatable dancing skills. Jong-up debuted in 2012 together with Him-chan, Young-jae, Zelo and Dae-hyun as B.A.P, under the leadership of Yong-guk. However, as for now his closest member of the group is Zelo.

On the 7th of February, 2013, he graduated from Hanlim Arts High School.

He is a shy boy but he knows how to express himself. He’s innocent and pure from his personality but his quirky and mischievousness attracts people to him more.

Here are some more facts about Moon Jong-up:

And please note those muscles he got from dancing, not by exercising.

Isn’t he sexy and adorable? 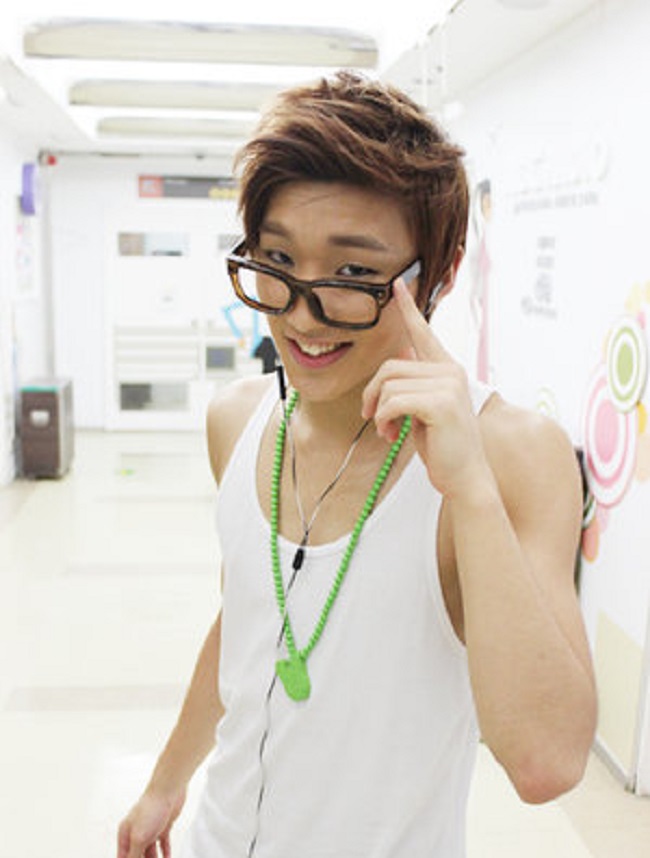 B.A.P members celebrated this birthday in a cute way and it was aired live on BAP’s official V Channel. You can check it below.

B.A.P currently getting ready for their comeback, their 5th mini album, ‘Carnival’.

Here are some cute moments of Jong-up.

Check out some moments of our dancing machine, captured by fan cameras.

Join with us to wish happy birthday to our Moon Angel. Comment what you wanna tell him in the comments below.

Stay with Officially Kmusic to know about all hot and latest happenings from the K-Pop world.

Scroll for more
Tap
Block B Most Likely To return In March!
Get Ready For Another Comeback! Rainbow’s Comeback!
Scroll
Loading Comments...