After their Music Bank performance NCT DREAM surprised fans with an unannounced V Live broadcast. Starting the video with their trademark hover boards, the group greets fans with smiles and waves. Each member took time to introduce themselves, giving fans a more personal experience than their recent performances stages have allowed. They took to V Live to announce the official release of their debut single ‘Chewing Gum‘. 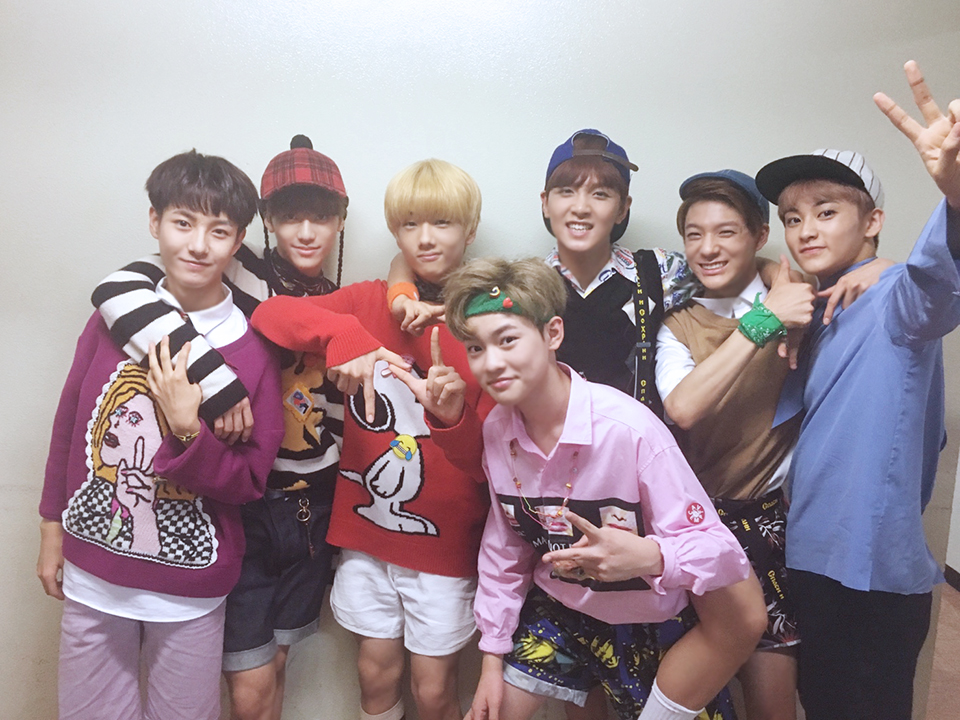 In the video, the group also performs a little of the song for the fans. They showed the fans how fun and adorable the dance was, and how it fit the feeling of the song. Heechan even made a comment about the dance: “It is as addictive as the song“. The rest of the group nodded along with the comment. To back up this comment, this is where the group showed fans the choreography for ‘Chewing Gum’.

After their short performance for the audience, they answered questions asked by the fans. One of the questions was in regards to their hover board skills. The question, “How long did you practice on the hover board?” was answered with excitement and enthusiasm. It took the group two months to get the fun choreography down for performances. Mark confessed that before this training, he could not ride a hover board at all. The group even arrived for their performance on these hover boards. They made it look effortless!

Check out the video here but also, be sure to check out their debut single ‘Chewing Gum’ on Spotify and iTunes!

What do you think about their new video and their hover board skills? Leave a comment below

Keep in touch with Officially KMUSIC to see more news about KPOP and the Korean entertainment world.