NCT & Their Growing Popularity In The K-Pop Scene

NCT & Their Growing Popularity In The K-Pop Scene

When Lee Soo Man announced his intentions to create a new idol group with an unlimited number of people, it wasn’t taken too seriously. SM Entertainment fans and anti-fans alike were sure that it was next to impossible to make a group of that size work.

Additionally, members were not restricted to one unit and could choose where they wanted to work and for how long. This new rule came as quite the surprise but was also welcomed, especially after incidents such as with EXO where three members left within two years due to contract disputes.

At the end of the presentation, forty masked SM trainees walked into the room and thirteen of them were revealed; it was these thirteen that would form the flagship units of the group. 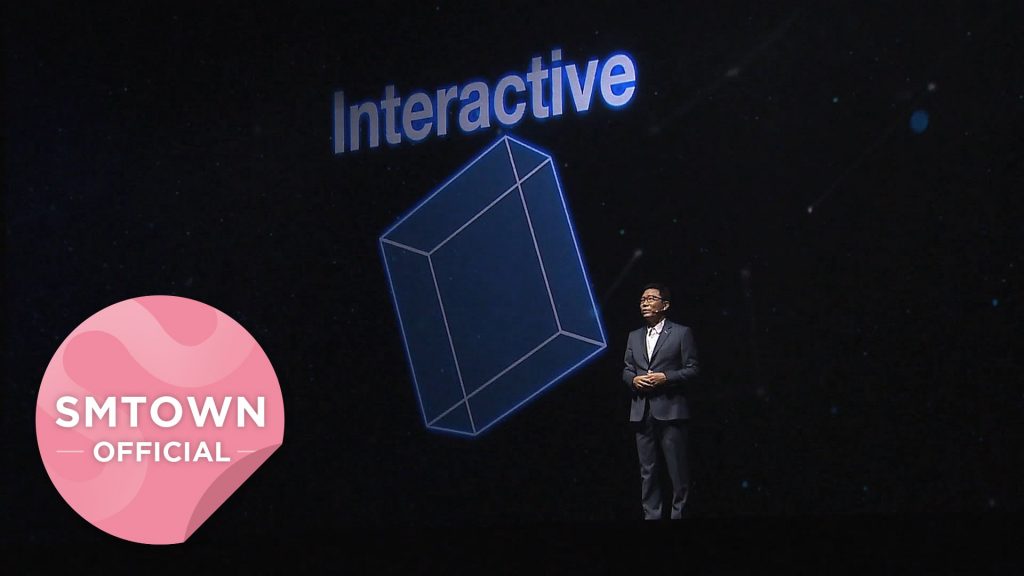 If you were one of the thousands, like myself, who were active on the SM Rookies App, you would have been alerted to six of the trainees “graduating” which was the first indication that NCT was about to become a reality.

It was soon revealed that the six would form NCT U, the first of the units. For weeks leading up to April 9th, teasers were released for each member, including a teaser of their debut single: “The 7th Sense.” 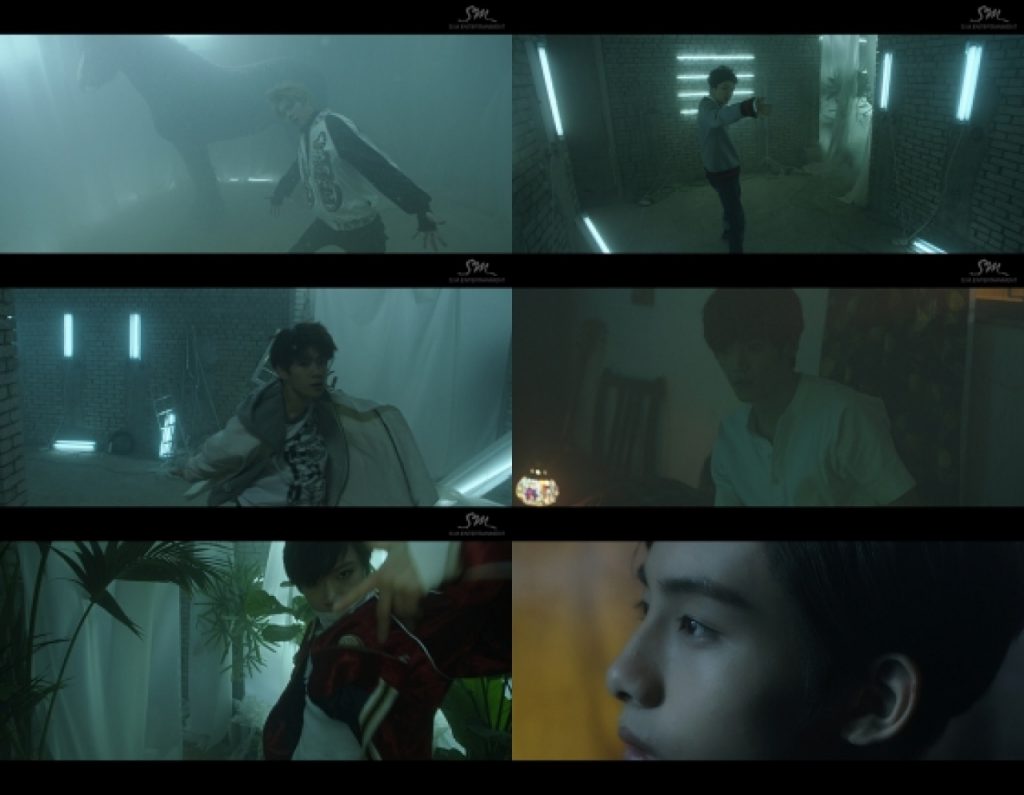 The sixth member would join two vocals from the former five and promote “Without You.” With this, we were given a glimpse into what was meant by members choosing which group units they wanted to work in. 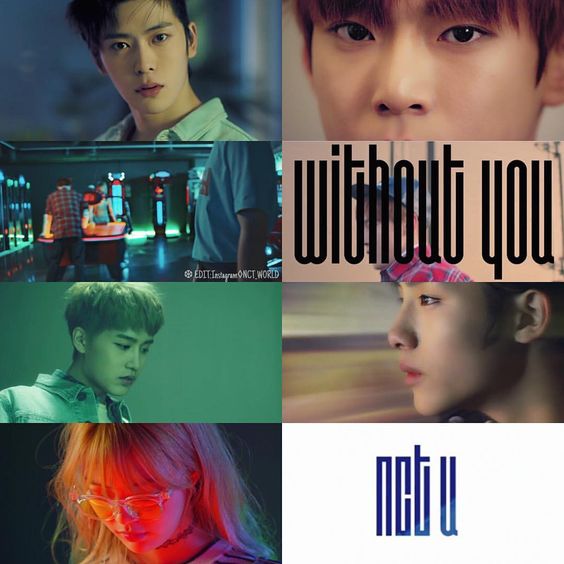 The group’s leader was introduced as Taeyong who had turned his image into that of a talented rapper, dancer and charismatic leader, despite his pre-trainee scandals. Following him was Thai-born Ten, a rapper and dancer, and vocals Taeil, Jaehyun and Doyoung. The maknae of the unit was revealed to be Mark, who was immediately recognized for his exceptional rapping.

With the absence of my SM Rookies bias, Hansol, the position of NCT U bias fell to Taeyong with his strong stage presence and quirky off-stage personality. 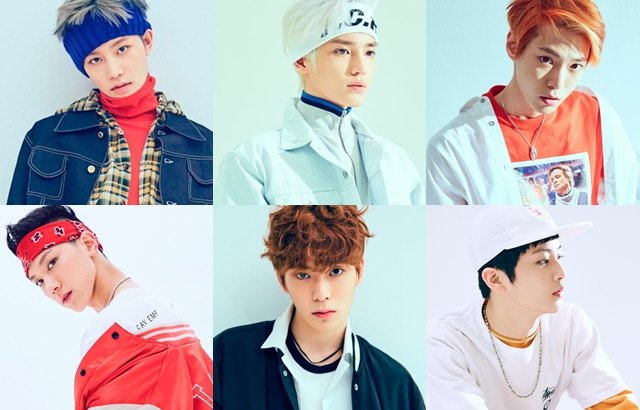 While “The 7th Sense” was more of an upbeat, EDM track; “Without You” was a softer ballad-like song. Despite the variation in song styles, both tracks were popular and simultaneously promoted on music shows.

On April 9th, the members appeared on NCT On Air and performed at the 16th Music Fen Yun Bang Awards, in China, on the same day. They were joined on stage by WinWin and Kun, Chinese trainees who had yet to debut.

NCT U was an immediate hit since they had already cultivated fans from their SM Rookies days and they were soon nominated for the 2016 New Star award, which they subsequently won. Additionally, the airing of the NCT Life in Bangkok episodes, gave newer fans a glimpse into what the members were like off stage. 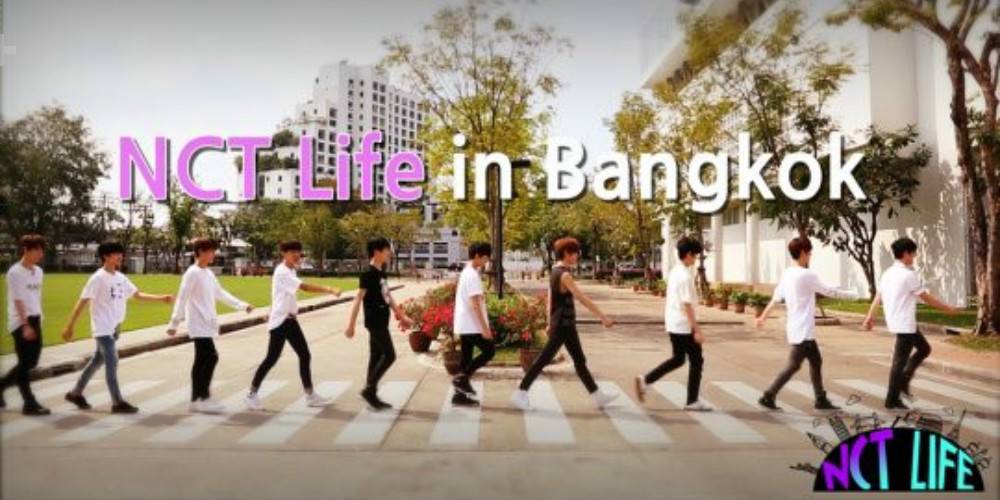 Recently,  “The 7th Sense” reached over 17 million views on YouTube and is rapidly approaching the 20 million mark, attesting to their wide-scale success. 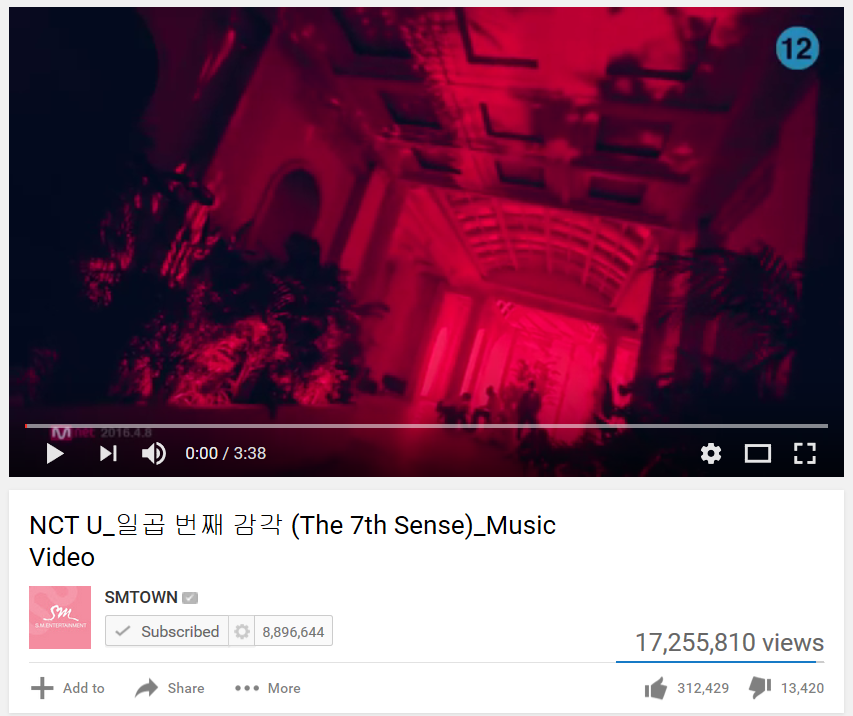 Following them, a new unit was set to debut with seven members. Around this time, the remaining rookies on the app graduated as well which indicated that they would all be debuting soon.

Leading up to July 7th, teasers were released for the members that would make up NCT 127, whose name stood for the longitude of Seoul – the city they would promote in.

Four of the seven members were already known as being a part of NCT U‘s leader Taeyong, rapper Mark and vocals Taeil and Jaehyun. Which left room for three new additions: Japanese-born Yuta, Chinese-born WinWin and Haechan, who was known as Donghyuck during his trainee days. 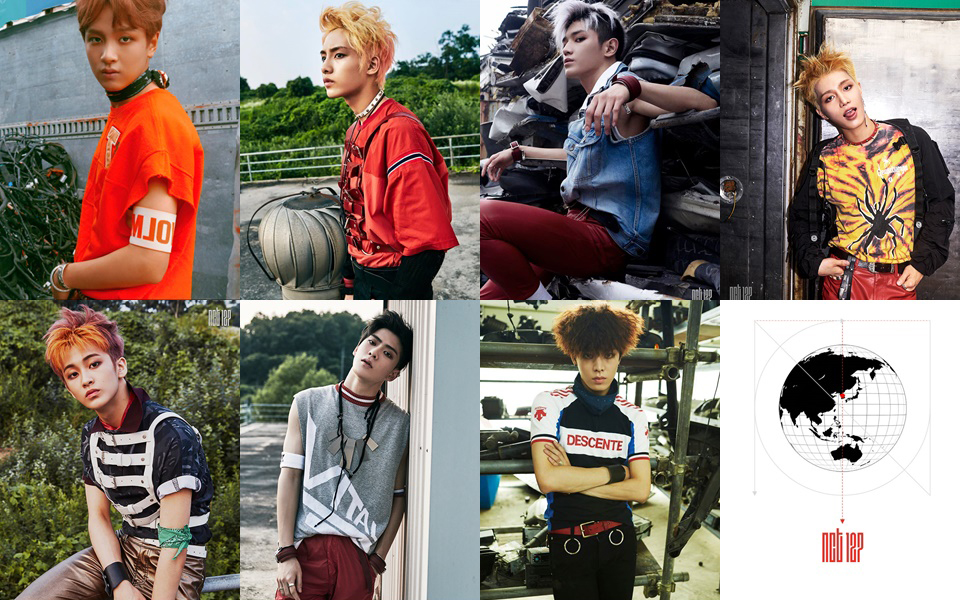 Their debut single, “Fire Truck,” has been viewed over a million times on YouTube and has also spawned various theories regarding the music video.

I was confident that my NCT 127 bias would remain Taeyong, but was proven wrong after watching NCT Life in Seoul and finding that Yuta and WinWin gained equal favor.

As a part of the SM Station project, they released the single “Taste the Feeling” in collaboration with Coca-Cola. 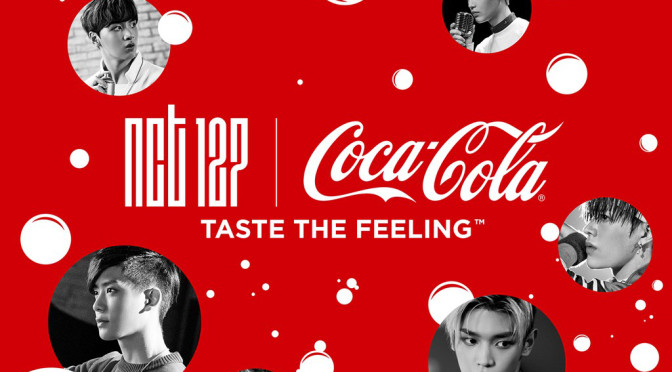 As soon as NCT 127 wrapped up promotions, SM announced a new unit, NCT Dream, that would debut on August 25th with their single “Chewing Gum.”

This new unit saw the debut of the remaining youngest of the rookies team: Jeno, Jisung and Jaemin, as well as two new Chinese members: Ren Jun and Chen Le. Mark and Haechan, who were apart of NCT 127, would also be promoting in this new unit. 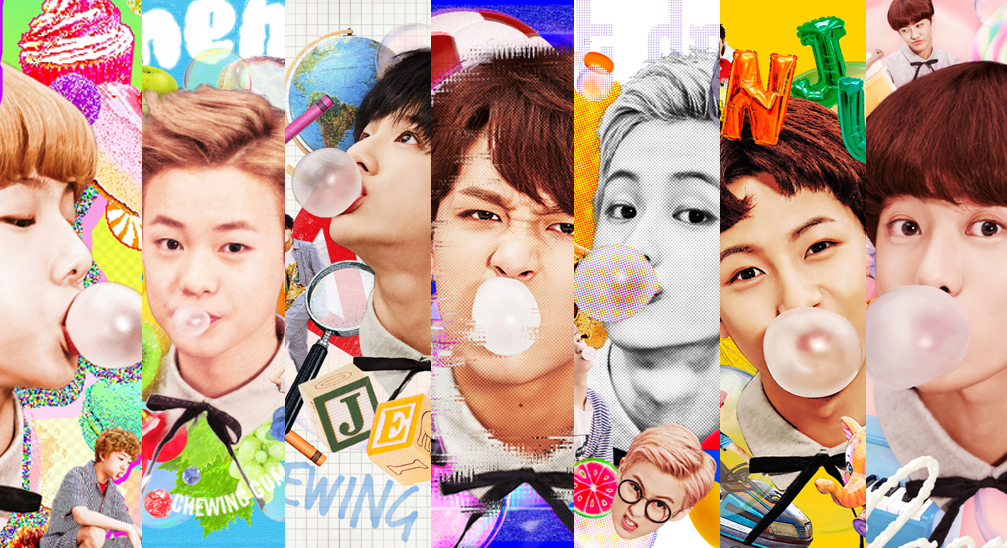 Recently, “Chewing Gum” surpassed 6 million views on YouTube, in just two weeks, attesting to the popularity of yet another NCT unit.

Their concept could be described as bubble-gum pop and is very bright and colorful-fitting the ages of the members that range from 14 to 17 years old. Although, it was also their ages that caused a bit of controversy as NCT Dream is the first group to debut members under the age of 15. Nevertheless, the unit grows more popular with the younger K-pop fans every day.

Admittedly, I find it a bit awkward to pick a bias in this unit but Jeno was a favorite of mine since his rookies days. However, Chen Le seems to be a strong contender for a bias despite his young age, maybe I’ll just wait a few years before picking a bias after all.

Three units into the NCT project, SM Entertainment has proven that the idea Lee Soo Man had has actually worked. Members have freely moved from unit to unit and have also chosen which track they wanted to promote.

Each unit has also had their own concepts and debut singles much like that of a normal idol group. The only downside for NCT fans, is that the group will never perform together as whole. Nevertheless, you can still look forward to your favorite units making their comebacks and promoting in various countries.

New units are still set to debut in Beijing, Shanghai and Japan and the debut of rookies members; Kun, Johnny and Hansol are still highly anticipated by their fans. 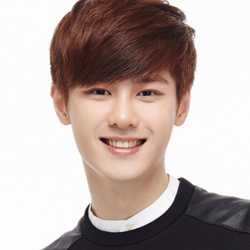 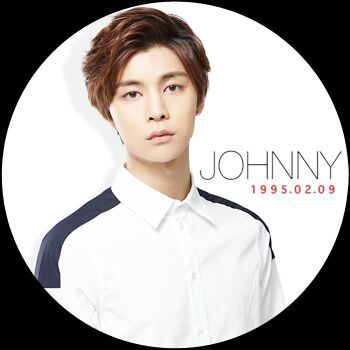 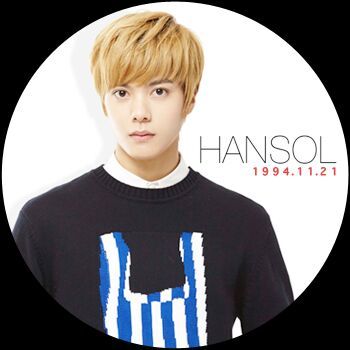 Since NCT is ultimately the final boy group that SM Entertainment will produce and is anticipated to continue for many years, only time will tell if the concept of Neo Culture Technology and free movement is the spark that will drive the Hallyu wave across the rest of the world! 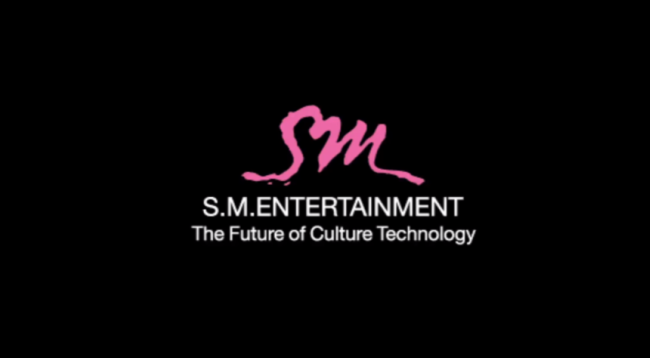 Are you a fan of NCT? Which sub-unit is your favorite? Let us know in the comments below. Stay tuned with Officially KMusic as we bring you the latest news from Korean Entertainment!