Our beloved A-Prince boys have graced Singapore with an amazing fan party event.

The organizers really knew how to stir the crowd. Just as everyone seemed to simmer down, the emcee introduced APrince onto the stage, bringing a flood of screams throughout venue. Everyone was pumped up including the A-Lands who had bought the V.I.P. tickets because already had the chance to meet and take pictures with A-Prince beforehand.

With their song, “I only think of you,” the night all of A-Lands have been waiting for had finally begun!

Keeping the momentum high, the boys continued to charm us with their dazzling vocals with “My Lady.” During the performance, the members carried out “fan service” – Winking, sending off hearts and etc. Many A-Lands were blushing and screaming in excitement; wanting more. 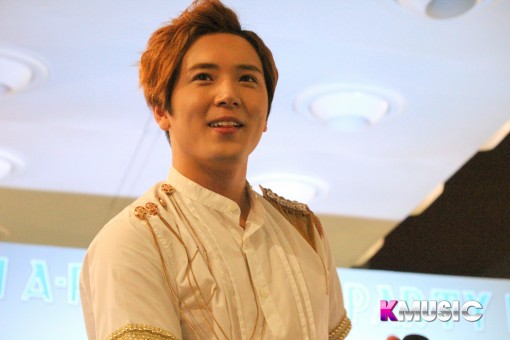 When the emcee went back on stage, APrince took the time to officially greet the fans with their cute introduction: “Tele-vi-sion, APrince-imida!”

The emcee then moved on by asking the boys questions. When asked about their ideal type, all the boys taste in girls differed from one another. Leader Sungwon said that he wanted a sexy girl, where else, Minhyuk would prefer a lovely girl. Siyoon stated that he would prefer a cute girl with chubby cheeks and Seungjun preferred someone who likes him a lot. Lastly, maknae Woobin wanted a girl who is able to take care of him very well. The boys also shared examples of an ideal date: Walking down the streets, watching movies or even going for a drive.

With that (after the short break), APrince took the stage again with “I Love You” and their rendition of a One Direction song, “What’s makes you beautiful?” 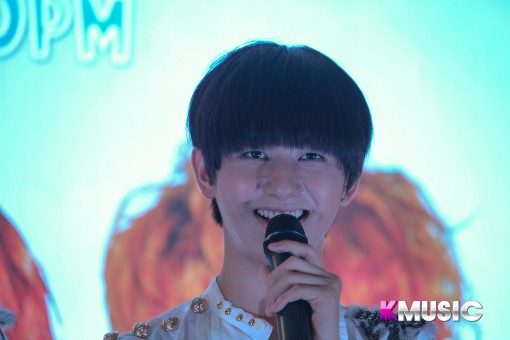 Local dance group CL1MAX took the stage with their powerful dance covers, as the boys then went back stage to rest and change their outfits.

The emcee played a game with fans where autographed posters were at stake. All the fans had to do was to state three things they liked about APrince. After that, fans viewed the winning video for the Mambo dance cover. APrince then came back onto the stage and gave out the prizes to SnD, the winners of the Mambo dance cover. APrince then continued to promote interaction among and their latest album by picking fans to come on stage to dance to a snippet of Mambo.

APrince then performed ‘Mambo’ and ‘Hello’. After their performance, a wonderful surprise from their fans who came to celebrate their 300th anniversary together, was presented. 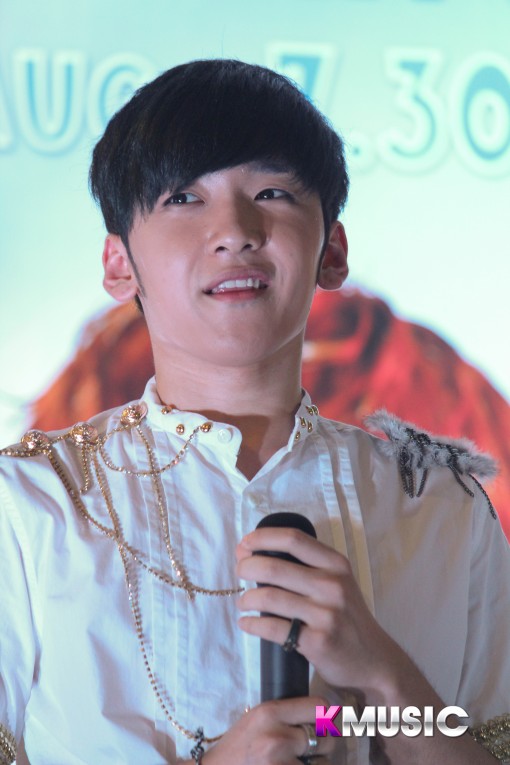 They ended the night of performances and fun with the song, “Oh Girl” After the performances were done, they carried out the Fan-signing event.

Scroll for more
Tap
A Pink Releases a Cute MV for ‘U YOU’
JYJ to Visit the Philippines this November!
Scroll
Loading Comments...