After news about Zo In Sung and Won Bin being in relationships broke out, netizens started to worry that the third National Treasure – Kang Dong Won – will also be off the market soon.

What started out as a joke began to spread, and the term, ‘Kang Dong Won Public Treasure’ began to climb on Daum’s most searched real-time chart and it finally hit number one. 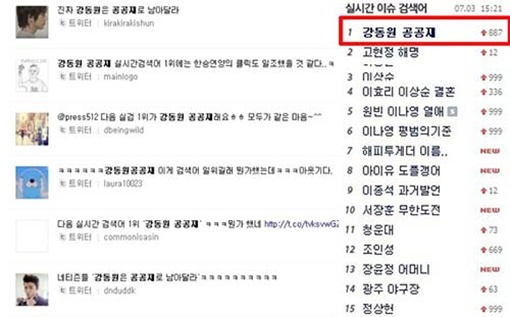 But there was also this one comment, with which everyone must agree, reading, “But Won Bin, Zo In Sung, and Kang Dong Won must pass down their DNA for the sake of human kind.”