Skey ACE has announced that they will be bringing the phenomenal group NOIR to Europe this year. After a few hints, more info followed-up quickly and we are sharing the summary of all the news out so far. What the fans are eagerly waiting for are the dates, but the cities has already been announced. The boys of NOIR are going to stop in Paris, Prague, Warsaw and Cologne.

You can purchase your tickets starting 31st August at Eventbrite. 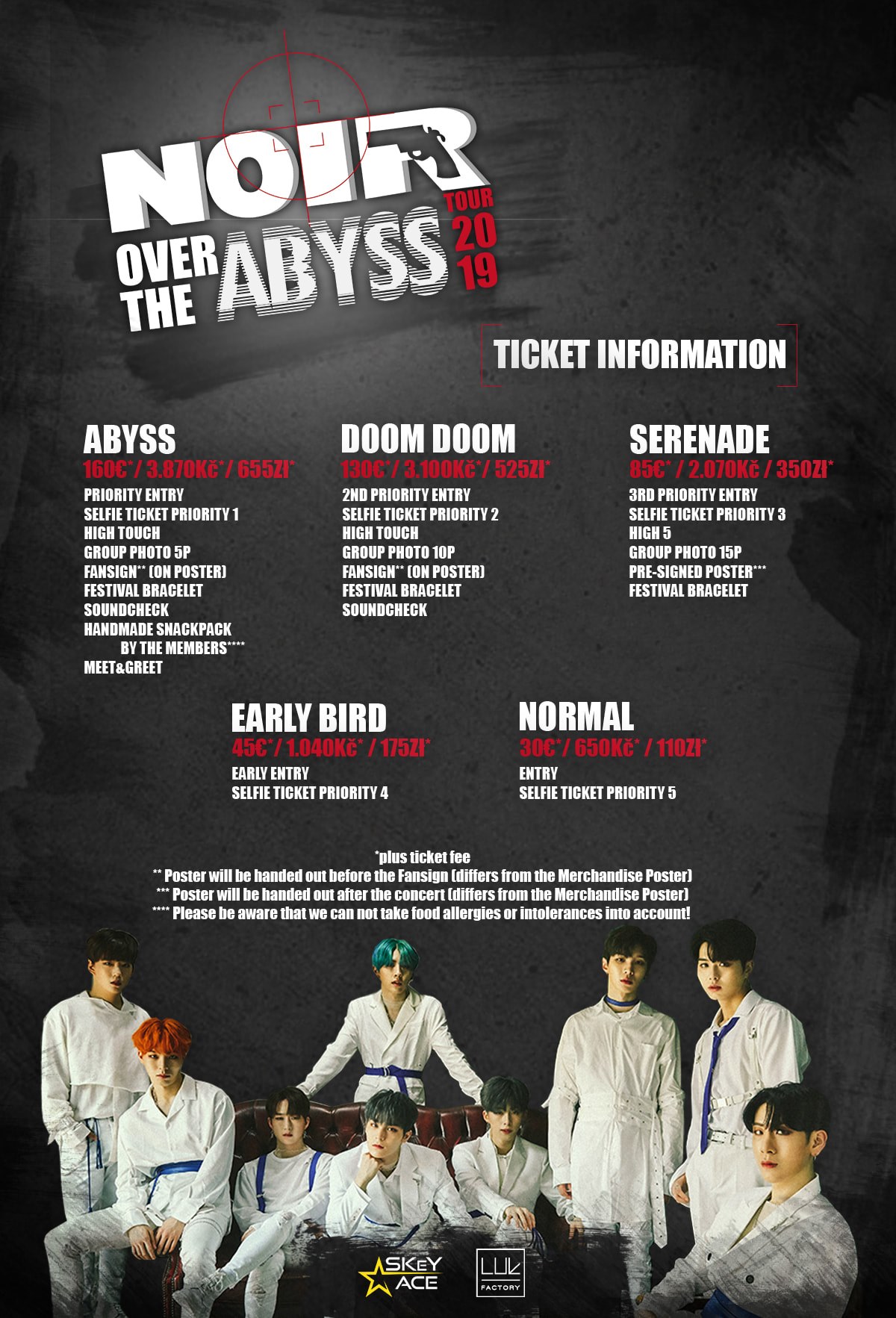 There is for sure a lot to look forward to! The tour promises selfie ticket event, soudcheck, fansign, hi-touch, festival bracelets and much more. The schedule for the concert day has also been shared with the fans already: 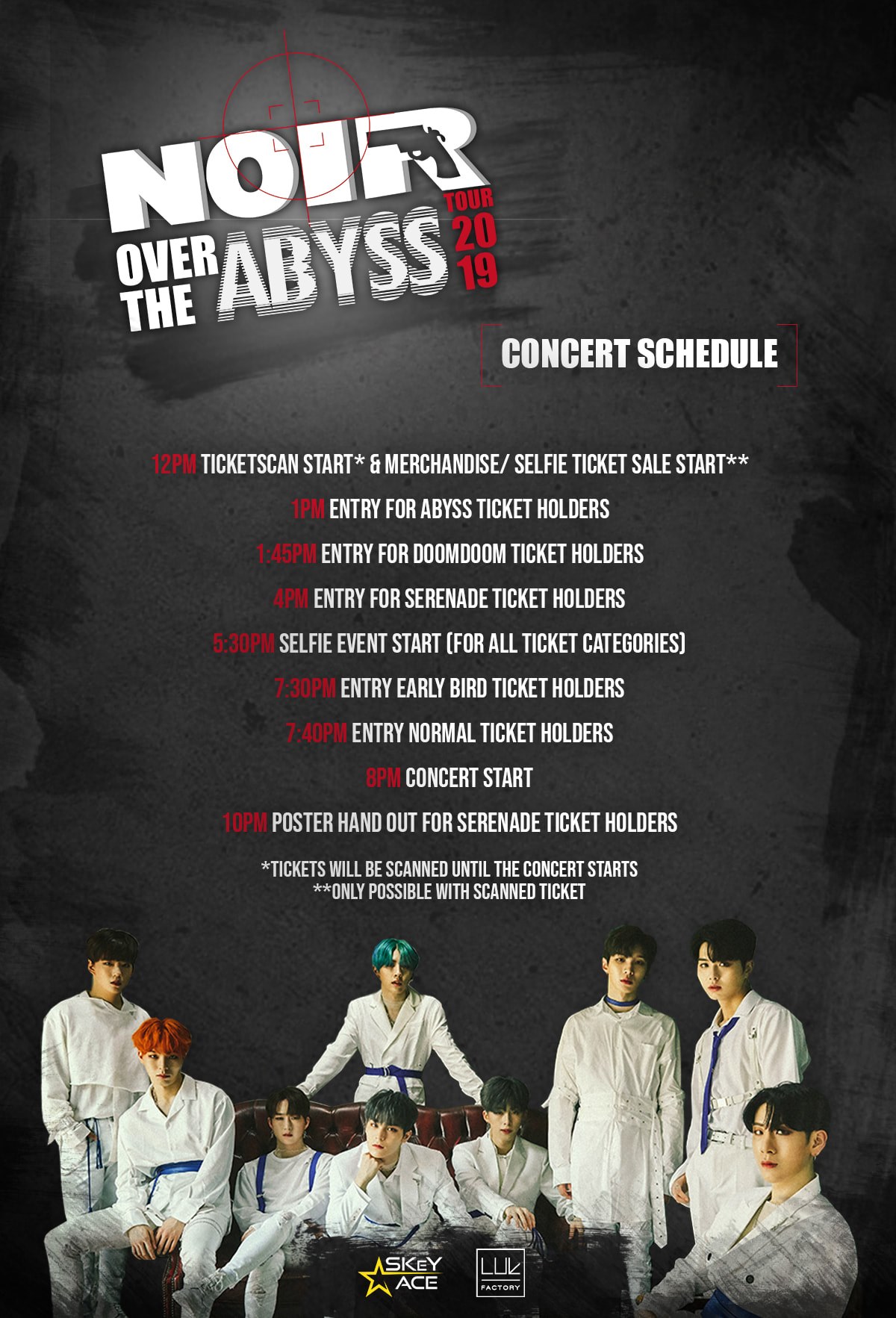 NOIR is the nine member group behind hits such as “Gangsta“, “Airplane mode” or the newest track “Doom Doom“. It is for sure going to be a night filled with breath-taking tracks and nine vocal Gods, so stay tuned to Skey ACE and us for more upcoming news about this tour!