Nu’est Set To Perform For the First Time in Mexico!

Nu’est Set To Perform For the First Time in Mexico!

Latin America is getting another great K-pop act to grace their area – this time, it’s Nu’est in Mexico City! 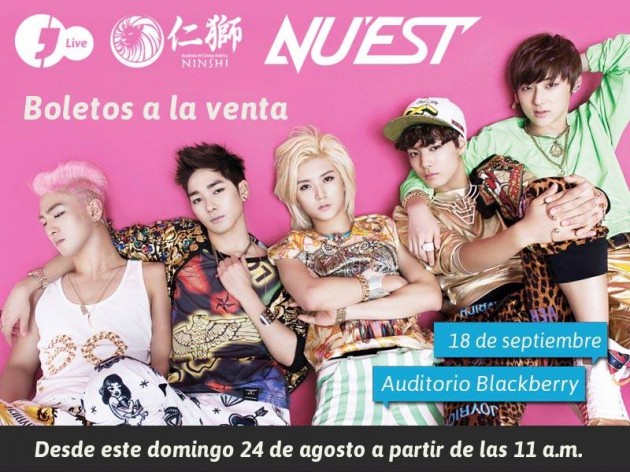 Nu’est are performing for the first time in Mexico City at the Blackberry Auditorium. They will be part of the lineup for J’Fest Live,and will take the stage at 8 PM on September 18th. They will be also holding a fan meeting in the city. For those who want to participate, tickets are available through Ticketmaster.

Nu’est join a long string of Korean acts who have put off shows in Mexico and various destinations in South America since 2013 – including big groups such as SHINee, Super Junior and Teen Top.

We hope that many South American fans of Nu’est will have a chance to attend this once in a lifetime opportunity! Will you be attending? Let us know in the comments!