I.O.I And Their Legacy: How They Became The ‘Avengers’ Of K-Pop

I.O.I And Their Legacy: How They Became The ‘Avengers’ Of K-Pop

When I.O.I was formed via Mnet’s ‘Produce 101′ there was little to no expectations that the group would become such a hit. With their disbandment date set for January 31st, the group has dominated so many charts, and they weren’t even made to be a permanent group. Only being a group for seven months, the group’s final concert, ‘Timeslip – I.O.I‘ sold out in less than a minute. This is a feat even some veteran groups have yet to accomplish in their career’s. Why I.O.I though? What about them makes them such a hit?

Since the girls are all from different companies, they plan on returning to their signed companies after their disbandment. Some have announced activities, while others have yet to announce their future in the K-Pop market. Before I.O.I however, the audition show on the Korean television scene was quickly losing viewers and ratings. The eight year running of Korea’s original audition show ‘Super Star K’ had even lost momentum with the masses. Due to the introduction of ‘Produce 101’ the audition show craze was revived, and with this thrust I.O.I into super stardom. 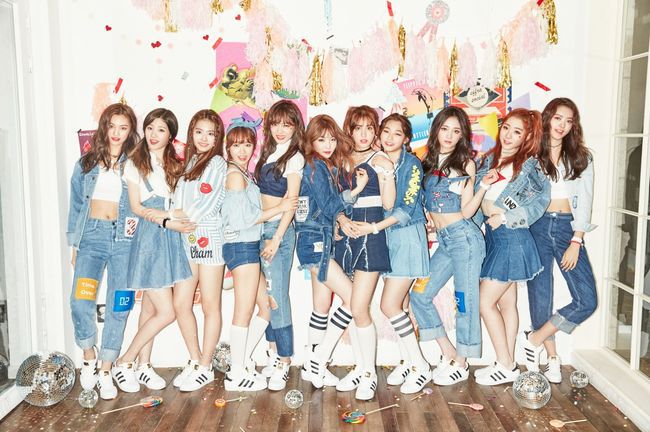 I.O.I also found massive success in an over populated girl group music scene. It can be disputed that BLACKPINK and TWICE were their biggest competitors in their short seven months of promotion, but they even managed to surpass popularity of older girl groups in the business. Their music and talent helped to revive the girl group, and bring back the craze that boy groups seemed to claim for quite a while. 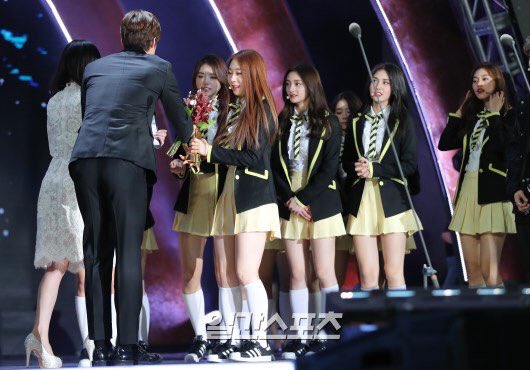 One massive accomplishment I.O.I achieved, was the fulfillment of their “project” concept. Collaborations in K-Pop are not a new concept, but very rarely do companies cross paths when doing them. Consisting of eleven girls from eight different agencies, this group has managed to get some of the industry’s biggest names to collaborate with them. Their recent collaboration was with Seventeen member Woozi, for their last song ‘DOWNPOUR‘. Some other honorable mentions include J.Y Park himself for the song ‘Very Very Very‘, B1A4’s Jinyoung for ‘Hold On‘, and their sample of the 1963 hit ‘What A Man‘ by American singer Linda Lyndell for their hit ‘Whatta Man‘.

The group, as well as their fans, have taken the K-Pop world and shook it to its core. Both their fans, as well as the group, are very sad on the disbandment. However, not all of it has to be sad. Their strong hold while they only had a short seven months as a group, should leave everyone with a bittersweet feeling. These girls will go on to do wonderful things with their futures, and with that, their careers have only begun.

How do you feel about the “project” group concept? Do you wish I.O.I would continue as a group? Let us know in the comments below!