Park Hae Jin Is Not Happy About ‘Cheese In The Trap’!

Park Hae Jin Is Not Happy About ‘Cheese In The Trap’!

Park Hae Jin is the lead cast of the latest TvN drama, ‘Cheese In The Trap’.

It’s a romance drama about a female university student, Hong Seol, and her senior Yoo Jung.

Hong Seol is occupied with various part time jobs due to her poverty, whereas Yoo Jung is a wealthy youth. However, Yoo Jung carries a dark side in him with hidden feelings towards his childhood friends – siblings Baek In Ho and Baek In Ha.

The character Yoo Jung is portrayed by Park Hae Jin and Kim Go Eun takes the character of Hong Seol. Actor Seo Kang Joon casts as Baek In Ho. The drama is based on the webcomic under the same title. 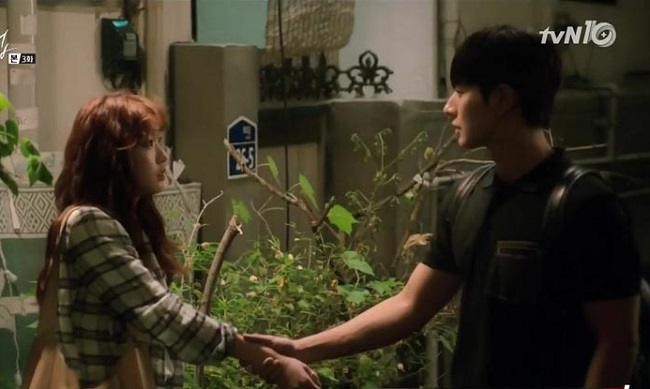 However, Hae Jin doesn’t seem to be happy about how things are going on. Although, the drama is said to be based on the said webcomic, unexpected changes were made to its storyline. Hae Jin’s character, who received a lot of attention in the webtoon, suddenly disappears without a reason towards the end of the drama, leaving audience with more unanswered questions about his past.

According to Park Hae Jin, even the scenes he had already completed shooting for have been deleted from the drama. What’s more, he regrets not having the opportunity to express his character to the fullest due to the restrictions of the script, and is unhappy because there’s not much connection between Yoo Jung and Hong Seol. In his further comments, the story focused more on Baek In Ho, what shouldn’t happened if the drama followed the original plot.

Soonkki, the creator of the webcomic, is also disappointed with the drama’s production team, for not sharing the story line with her and for not meeting her expectations.

However, a representative from the drama’s production team stated that producer Lee (producer of the drama) has apologized to Soonkki and the apologies were accepted. Additionally, the production team extended their apologies to the actors for mishandling the characters.

‘Cheese in the Trap’ has received a lot of love because of the cast and the expected storyline. It’s a mystery as for what made the direction team to change the plot. Has the drama disappointed its viewers just like it made Park Hae Jin? Do you think the character Yoo Jung was ill treated? Share your opinion with us in the comments below.

Stay tuned to Officially KMusic to know all the latest news from the Korean entertainment industry!