PENTAGON reveal ‘When I Was in Love’ MV

PENTAGON reveal ‘When I Was in Love’ MV

In the lead-up to the release of their fourth mini-album ‘DEMO_01’, PENTAGON has released a short film ‘When I Was In Love’ which is one of the tracks off the new album.

The video features actress Gong Seung Yeon as a woman who is reminiscing about her past love while striking matches and making wishes.  The track was composed by member Hui with lyrics written by Hui, E’Dawn, Yuto and Wooseok.

The track sets the mood for  a sentimental, thoughtful short film perfectly with a gentle melody and soft lyrics.

Watch PENTAGON’s ‘When I Was In Love’ MV

The group has also revealed the track listing for the mini-album ‘DEMO_01’.  The album will contain a total of five tracks all of which were composed and written by the members themselves.

The title track ‘Like This’ was composed by member Hui with Flow Blow.  The lyrics were written by Hui, E’Dawn, Yuto and Wooseok.

Check-out the tracklist for PENTAGON’s ‘DEMO_01’ 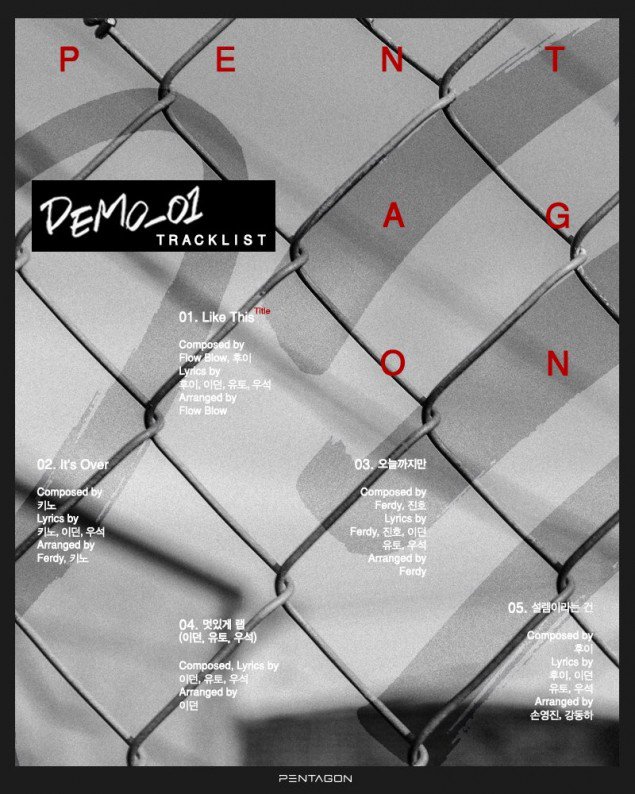 ‘DEMO_01’ is scheduled for release on September 6 at 6pm KST.

Are you looking forward to hearing the new album?  What do you think of the short film ‘When I Was In Love’?  Let us know in the comments below.

Don’t forget that PENTAGON will be one of the acts coming to KCON 2017 Australia.

If you don’t have your tickets to KCON 2017 Australia yet, it’s not too late.  Just head to the Ticketek website for the latest availability and ticket pricing  There is still availability for Combo and Single Day tickets.

Just in case you have questions about the ticketing options, Ticketek have prepared some FAQs for us all.  You’ll find them here, or follow this link bit.ly/KCON17AUSCONCERTFAQ.

We’ve done all the work, so you can get LIT to the hottest tracks from every artist attending this year’s first ever KCON Australia!! EXO, MONSTA X, Wanna One, Pentagon, Girl’s Day, Victon, SF9, Up10tion, and Cosmic Girls all feature heavily on our curated Spotify playlist!

We know that KCON Australia will be revealing details about artist line-ups, workshops, Korean lifestyle feature events, and artist meet and greets, every single day, so keep following Officially Kmusic for even more bonus coverage of KCON Australia as it happens!

Plus, you can follow our KCON Australia event page to ask us questions, and stay in the loop when anything KCON drops between now and September!