There is no end to PSY‘s popularity as his music video for “Gentleman” has just reached 700 million hits on YouTube! 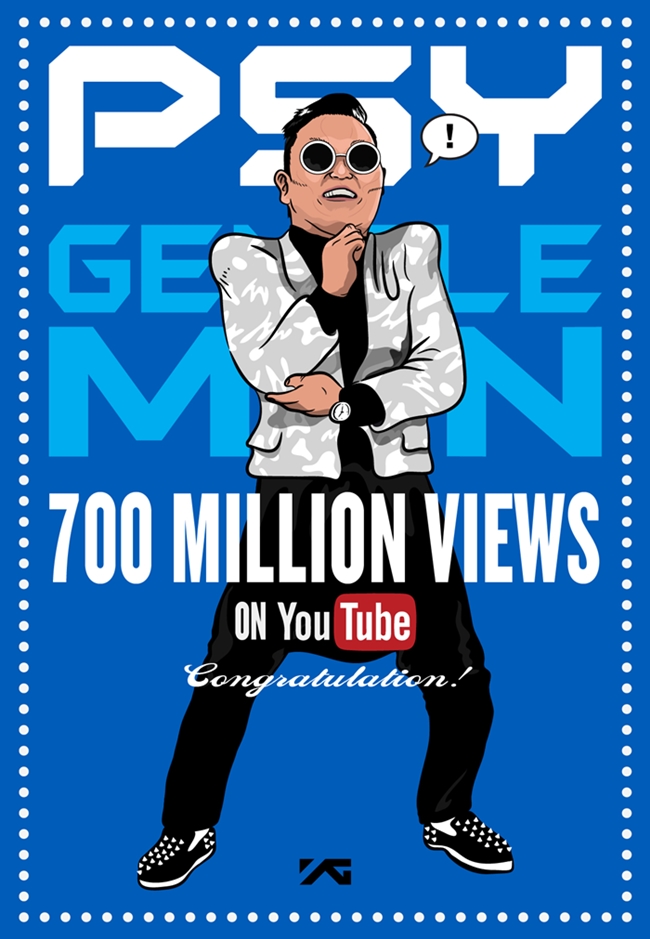 The music video was released on YouTube on April 13th, 2013, shortly after a live premiere of the song during PSY’s “Happening” concert in Seoul, which was also streamed online. On April 18th, the music video was banned by KBS for “abusing public property” by kicking a cone in it.

Seems like reaching another 700 million views is just a matter of time so make sure you help PSY to achieve it by watching the video below.