In 1991 we were introduced to the Tsukino Usagi the crybaby middle school student, who was always running late and was barely passing her classes. One day, while running late to school, she ran into a cat, named Luna, who we would later found out that she was sent to look for her and the other guardians of the solar system: Mercury, Venus, Mars, Jupiter and Moon. She then gained the power of the Moon and became the protector of love and jusice, declaring punishment in the name of the Moon. There was also a mysterious stranger that would help out the girls from time-to-time by the name of Tuxedo Kamen/Mask, who would later turn out to be Sailor Moon’s lover from the past. On a more recent episode of SNL Korea, four of the members in TWICE, along with two of the host, dressed up and preformed the classic opening to the original Sailor Moon anime series.

Below is some screen shorts from the small skit that they did as well as the video itself. 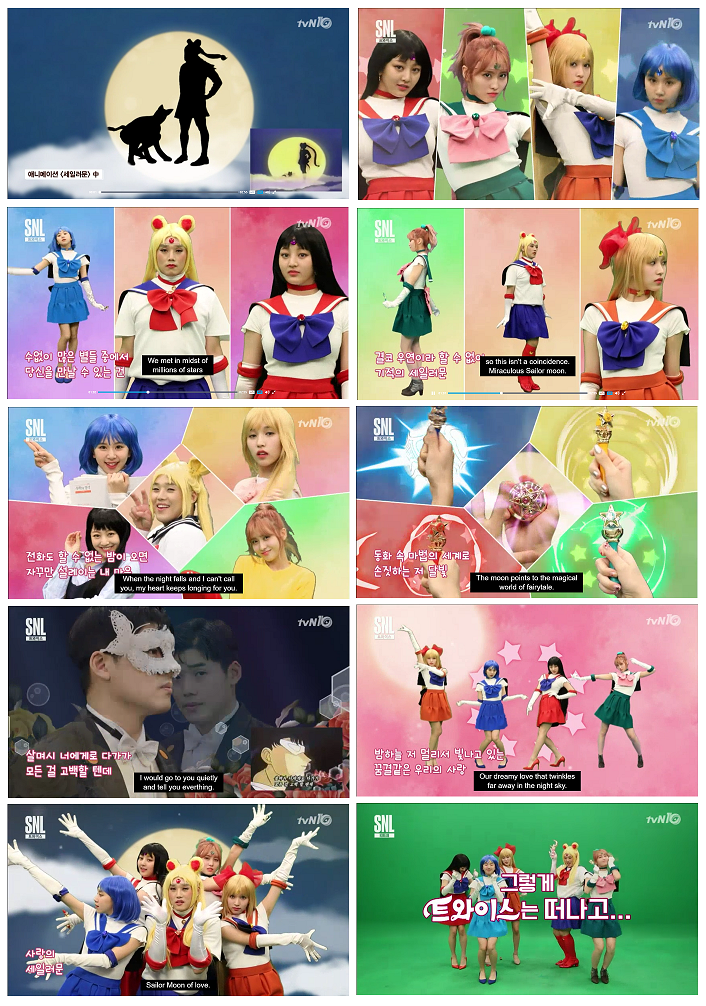 Do you think TWICE were adorable in this SNL skit? Let us know in the comments below!