You heard that right! SBS‘ popular audition show ‘KPOP Star‘ is looking for contestants for their upcoming sixth season in the West Coast!

KPOP Star is an audition show that has previously aired for five seasons. This upcoming sixth season will be the final season of this show. For this season there will be judges from YG Entertainment (PSY, Big Bang, 2NE1), JYP Entertainment (Wonder Girls, 2PM), and Antenna (Yoo Hee-Yeol).

The winner for this season is to receive 300 million Won (2,700$ U.S. currency), and a chance to release an album with one of the companies that will be judging the show!

If you think you have what it takes to be the next Korean Pop sensation – there’s three audition locations to try out your talent! 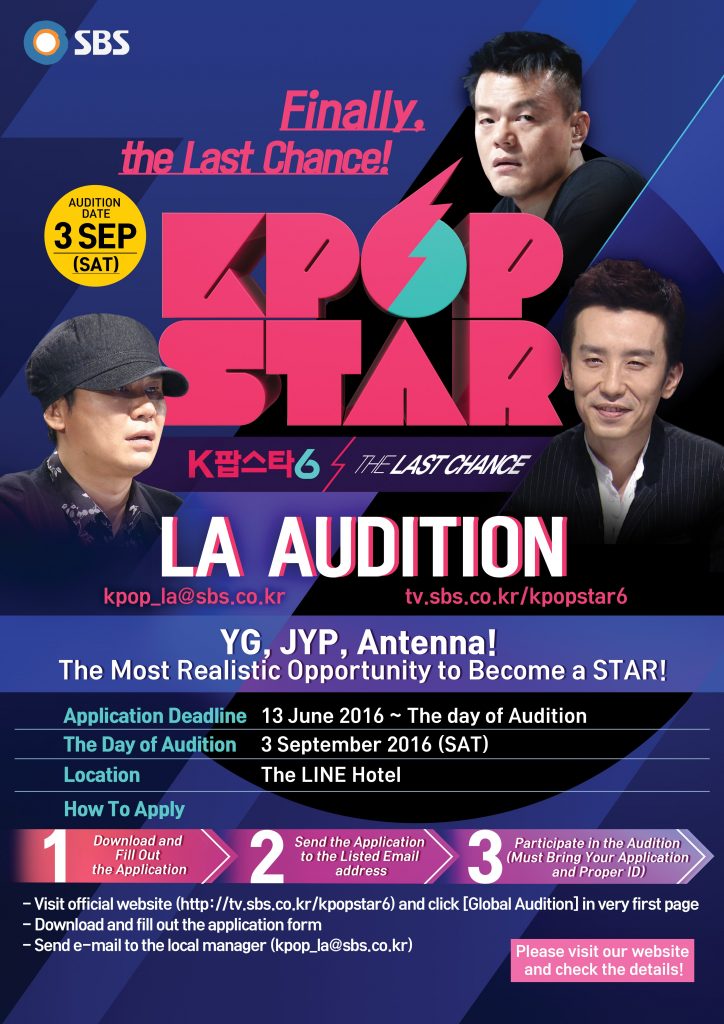 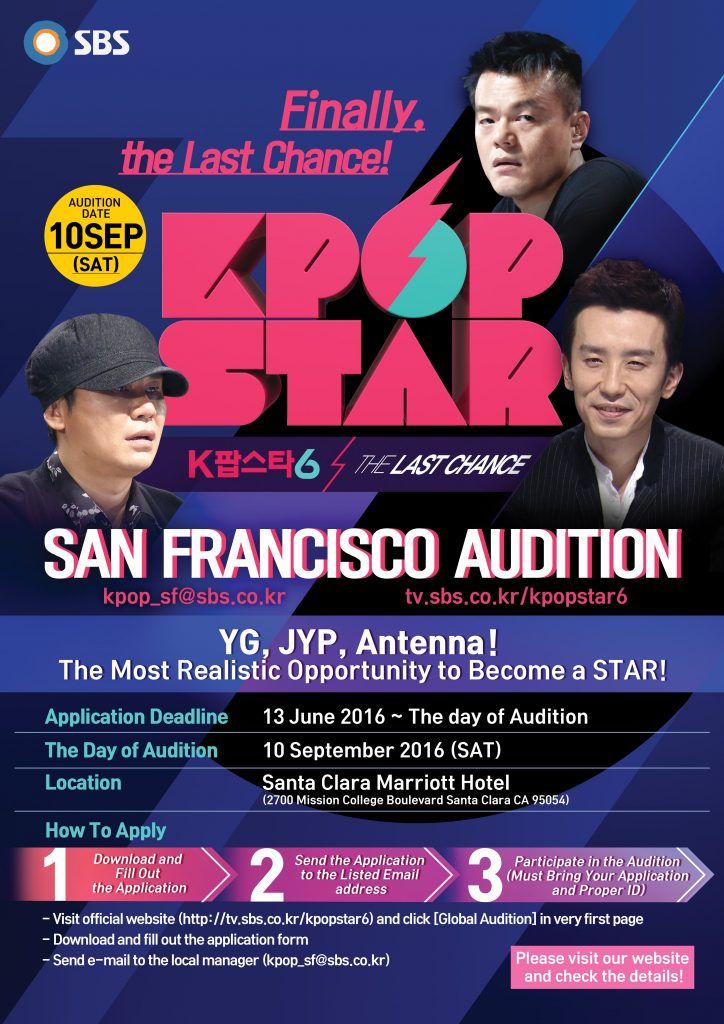 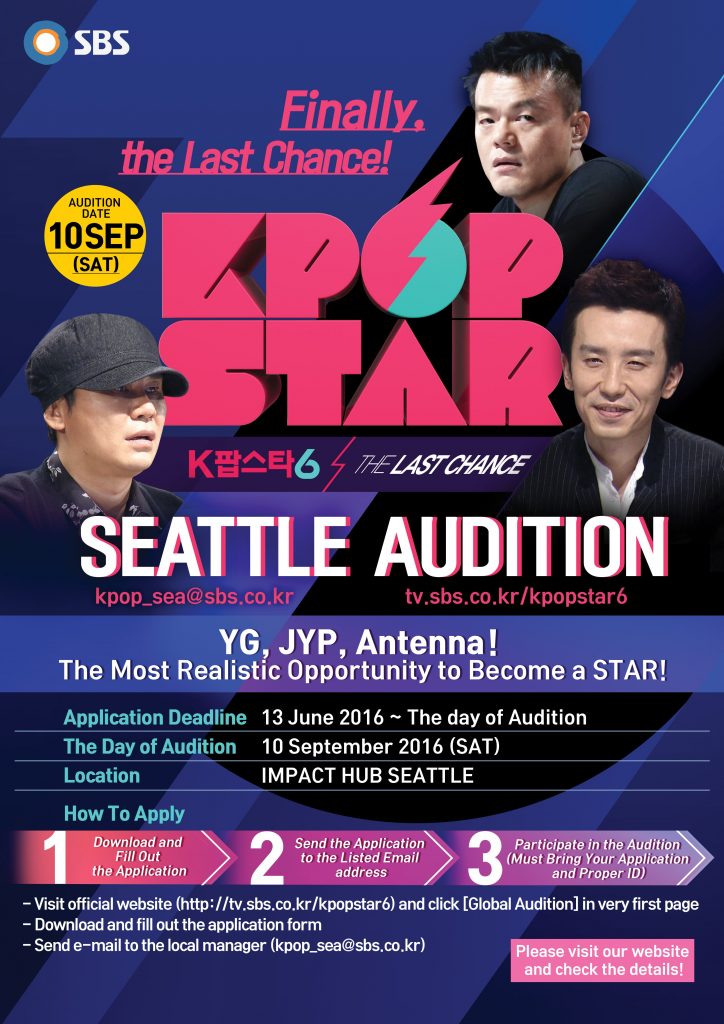 The show is encouraging anyone who is talented in singing, dancing, and playing instruments to come and audition.

Auditions begin in August worldwide and September for the West Coast. The show broadcasts in November. Do you have what it takes to be the next Korean Pop singer?

Stay tuned to Officially KMusic for the latest news and updates!

Scroll for more
Tap
“FLY” Through 115 Days Of Tour With GOT7!
MAMAMOO Ranks Third For Having The Highest Girl Group Fan Cafe Membership
Scroll
Loading Comments...