Kahi recently made a captivating return to SBS’ “Inkigayo” with her “It’s Me” single, and on the set to support her were members of After School.

After graduating from the group in September 2012, the singer/rapper took her time to craft a follow-up to her underrated ballad-dance hybrid ‘Come Back You Bad Person‘. Kaeun was not able to attend due to university entrance exams. Nana even brought along her dog.


Lizzy shared some photos of After School members showing their support for Kahi via her Twitter account with the caption, “We came to cheer Kahi Unnie at her Inkigayo comeback. Please,  give her a lot of love ♡♥♡♥♡” 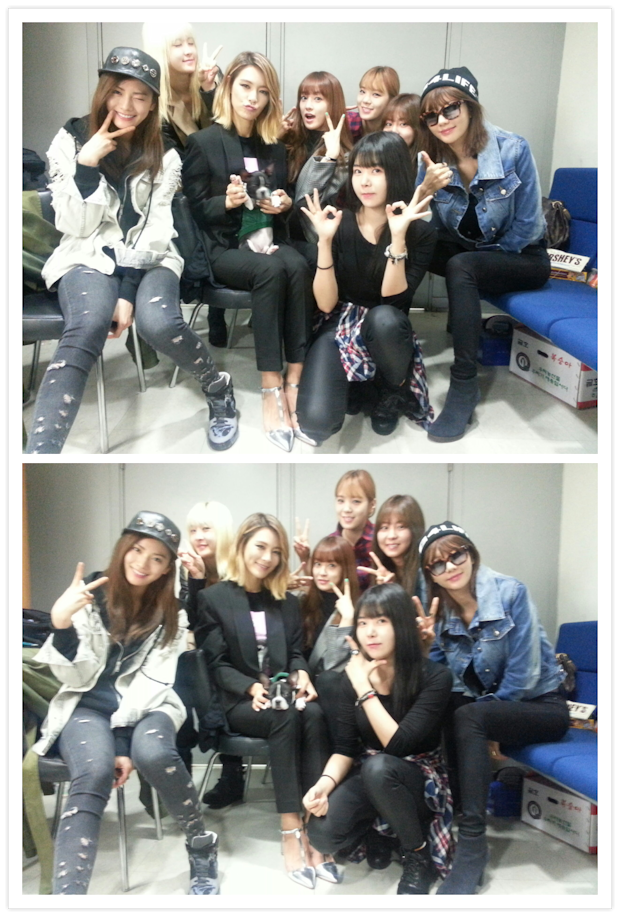 On October 10th, Kahi was mentioned favorably in Billboard when they wrote that she  “doesn’t disappoint after more than a year away from the K-pop scene.” The article also compared Kahi’s dancing skill in her “It’s ME” MV to Beyonce’s “Single Ladies” video.