Sechskies Marks Their Comeback In April

Sechskies Marks Their Comeback In April

YG Entertainment has announced that Sechskies will be having a comeback in April to celebrate their 20th anniversary! This is definitely exciting news for their fans, and it seems that Sechskies has many things planned for this month! So, check out the schedule below! 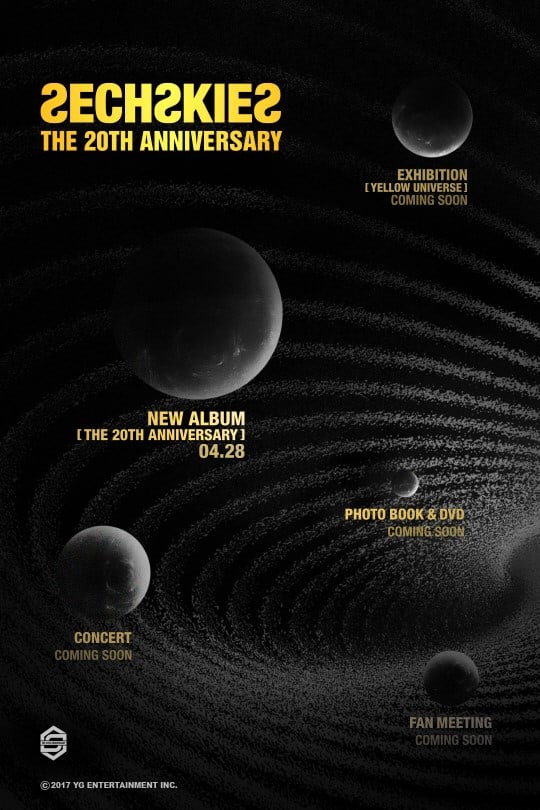 For their 20th anniversary, the boys have planned five special events. This includes a Yellow Universe exhibition, a new album, a photo book and DVD, a concert and a fan meet! They have many great events coming up, however right now no dates have been revealed for any of this plans except for the album! This album will kick off their comeback with a brand new album, filled with brand new tracks! Even though they had made their return in 2016 with ‘2016 Re-Album‘, this album only contained the remakes of their old tracks! Thus, it surely will be exciting to see what the present Sechskies will showcase to their fans!

April 2017 will mark their 20th anniversary, thus it is a great time for the boys to be back with an album! It surely will be a special moment for their fans! Meanwhile, the boys will drop their new album on April 28th! Are you excited to see what Sechskies will showcase? Let us know in the comments below!

Stay tuned to Officially Kmusic as we keep you updated on Korean entertainment!

Scroll for more
Tap
MAMAMOO Will Be Back In June
PSY To Join The May Comeback List!
Scroll
Loading Comments...