On August 17th, upcoming 17-member idol group, SEVENTEEN, held their second concert, ‘LIKE SEVENTEEN SHOW 2.‘ The concert was held at Samsung Art Hall, Seoul . They held this to end their third season of SEVENTEENTV.

The boys practiced hard for this day. They had guests like Jung Ah from After School and female Pledis trainees during the season. The boys received Jung Ah’s thoughts on their practice performance as well as some good advice from the signer. The female trainees had a dance to perform at the show with ‘Call Me Maybe‘ by Carly Rae Jepson. 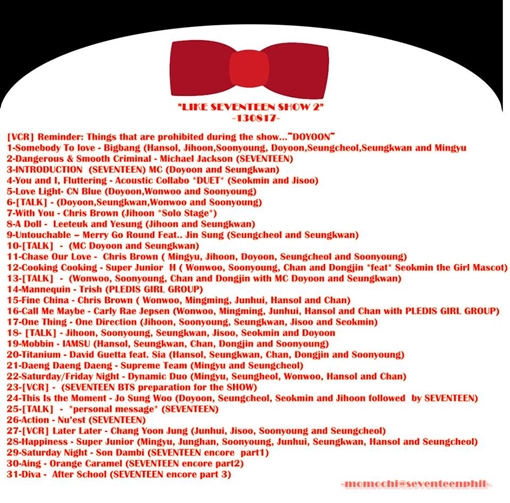 Watch how hard the boys worked for SM17Es (SMILEs)!