Though JongHyun was injured, SHINee‘s second act from their third album is going strong. Part two of their third album, ‘Why So Serious – Misconceptions of Me’ debuted at #1 on Billboard’s World Albums. 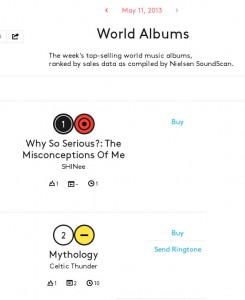