YG Entertainment‘s sports trainer Hwang Ssabu uploaded a photo into his Instagram on January 30 with the words, “The Loneliness of Self-Discipline Episode 378!“.

The photo revealed Big Bang‘s, Daesung, dressed in comfortable sweatpants, exercising all alone on his treadmill. Hwang Ssabu has regularly uploaded photos of YG Entertainment artists exercising and in the photo shown he is monitoring Daesung as he paces on the treadmill. 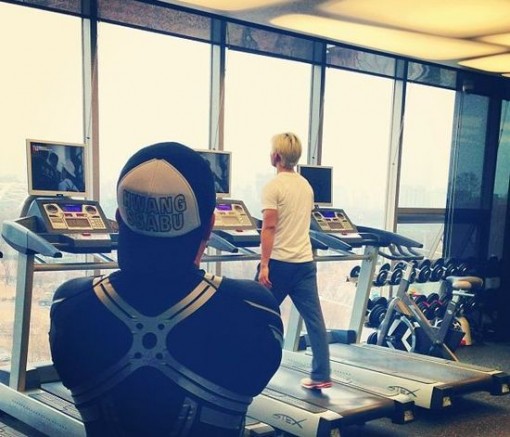 On February 27th Daesung will be releasing his debut Japanese solo album, ‘D’scover’.