SUPER JUNIOR’s sub-unit, K.R.Y show off their vocal prowess in ‘When We Were Us’ MV! 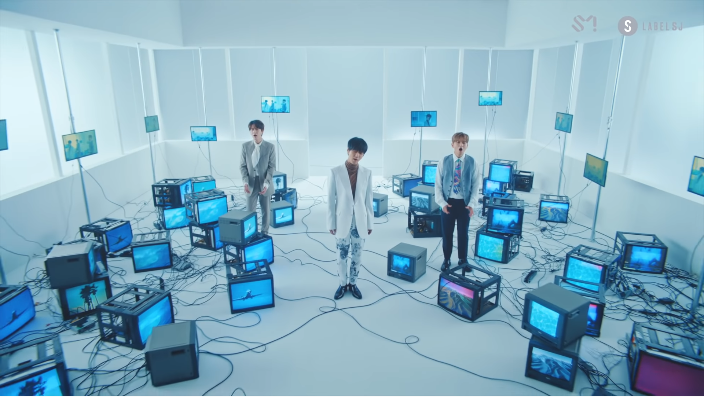 SUPER JUNIOR’s sub-unit, K.R.Y show off their vocal prowess in ‘When We Were Us’ MV!

On June 8th, Super Junior‘s sub-unit, ‘K.R.Y’, released the title track MV for ‘When We Were Us’, coming off their 1st mini album of the same name. Check it out below!

SUPER JUNIOR K.R.Y ‘WHEN WE WERE US’ MV:

The lyrics describe the emotions post-break up and reminiscing about past happy memories together such as on a blue summer day. Vocally, the three members use their emotionally charged, powerful vocals to make the song their own. With a subdued instrumental, the members can show off their unique vocal colours. The MV features multiple solid coloured sets, some with monitors set up around the sub-unit to show miniature versions of the main shots of the MV from different angles. Other sets include one with an indoor pool of water where the members sit by, and a couple of darker lit sets which show the silhouette of individual members.

Since the unit’s debut in 2006, this marks their first ever mini album release, which contains a total of six tracks. The unit traditionally had singles in Korea and more primarily in Japan, in addition to singing many Korean drama OSTs. Fans of the unit, hence were very excited when news broke out of the unit’s comeback and surely, the song did not disappoint.

How do you feel about Super Junior‘s sub-unit, ‘K.R.Y’, and their MV? Let us know in the comments below!