Superbee from SMTM is Coming to Sydney! Concert Details Released

Superbee from SMTM is Coming to Sydney! Concert Details Released

On Friday April 12, Show Me The Money veteran Superbee (수퍼비) will grace Sydney’s shores with a performance that can’t be missed. Bringing the voices from South Korea down under, +82 Culture has been hard at work to bring Superbee to Sydney after they successfully brought Indigo Music’s Kid Milli, NO:EL, and JUSTHIS in December last year.

The Yng & Rich Records CEO & Founder will perform at Space Nightclub, 127 Liverpool St. Sydney.
Unlike your normal concert style event, expect a nightclub feel with DJ’s playing the venue before and after Superbee’s performance with +82 Culture’s first ‘Session’ event.
To have the best chance of securing an early ticket, sign up with the following link here so that you have access to the pre-sale, which begins March 4, 12pm. After signing up at the link, you will get an email with a link to the pre-sale.
Pre-Sales will also be available to the general public 4 March, 5pm.
1st release tickets will follow shortly after.
Ticket prices are: 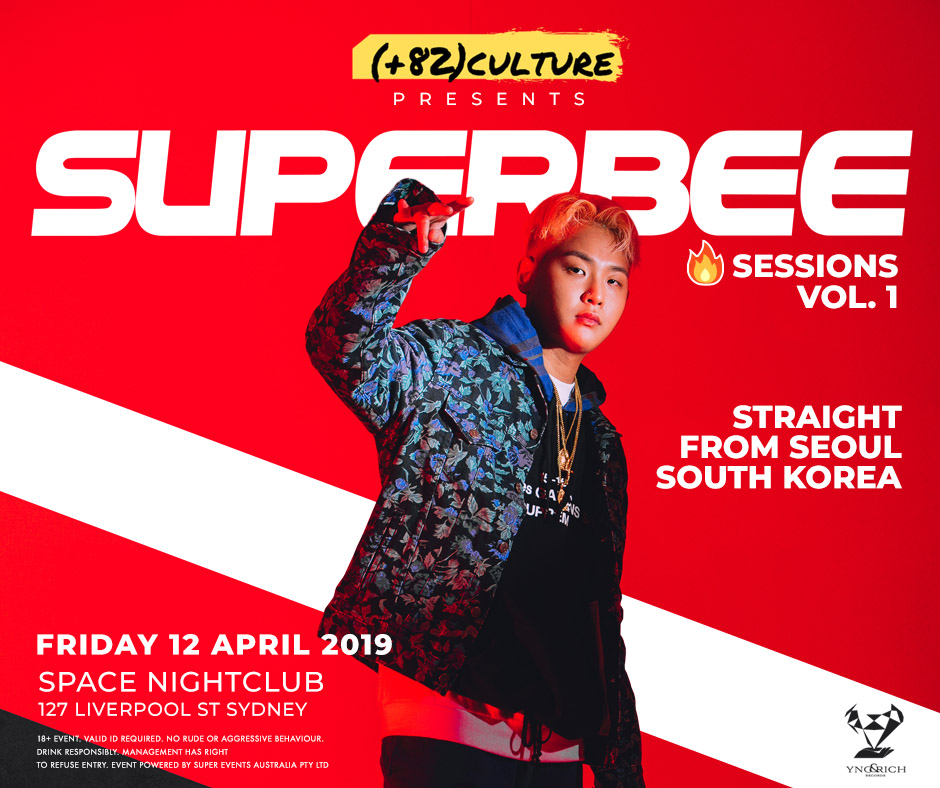