Taeyang will be calling you ‘Darling’ on solo comeback track

Taeyang will be calling you ‘Darling’ on solo comeback track

In the latest reveal for his solo comeback project, ‘White Night’, Taeyang has revealed that the title track will be called ‘Darling’.

An image released via YG’s Instagram page features a rugged and desperate looking Taeyang.  The post gives us further insight into the track.

‘Darling’ was composed by Teddy, Choice 37, Future Bounce and 8!.  The lyrics were written by Teddy.  It is reported that the song is about the sorrow of a relationship break-up.

Check-out the teaser image for Taeyang’s ‘Darling’ below: 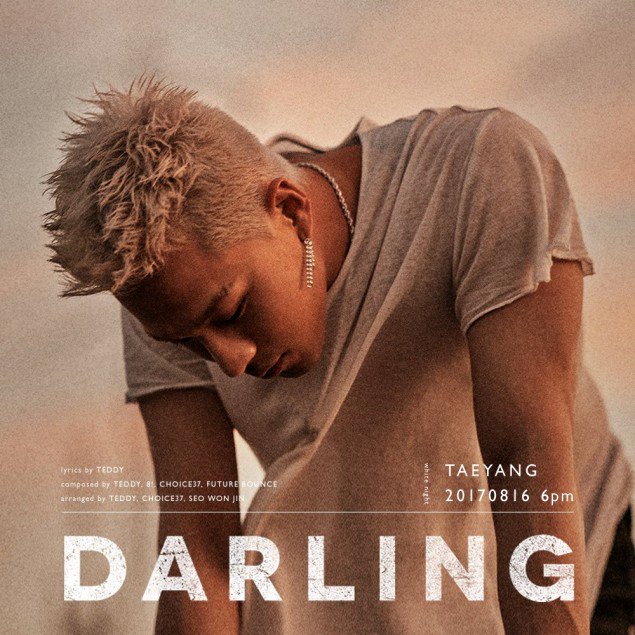 The album ‘White Night’ which bears the same name as his current world tour is scheduled for release on August 16 at 6pm KST.  This will be Taeyang’s fist solo comeback since the release of ‘Rise’ three years ago.

What are your thoughts on the imagery for ‘Darling’?  Are you looking forward to hearing the track?  Let us know in the comments below.