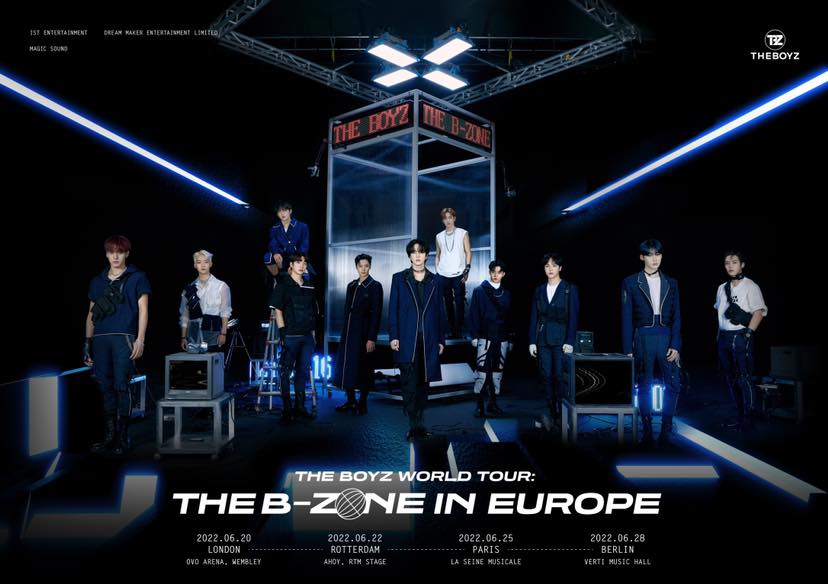 The popular and overly talented boy group THE BOYZ has announced their plans to tour Europe in June this year! Their tour will stop in four cities in total:

Stick close to the group´s SNS and us to not miss more information about this tour!

Scroll for more
Tap
Do not miss on tickets to see YUGYEOM in Europe!
HallyuPopFest London 2022 announces their first artist lineup!
Scroll