Tickets Sold Out for G-Dragon’s, Taeyang’s, & Seungri’s “Thinking of You” Fan Meet in Malaysia

Tickets Sold Out for G-Dragon’s, Taeyang’s, & Seungri’s “Thinking of You” Fan Meet in Malaysia

G-Dragon, Seungri, and Taeyang,  the 3 Members of “Kings of K-Pop” BIGBANG, will hold their first ever fan meeting show “Thinking Of You”  in Malaysia on March 16, 2014 at Sunway Surf Beach, organized by IME Productions.  This is the first official show of the 3 members following the successfully held BIGBANG “ALIVE” tour 2012 in malaysia as well as G-Dragon’s  “ONE OF A KIND”  tour in Malaysia 2013. 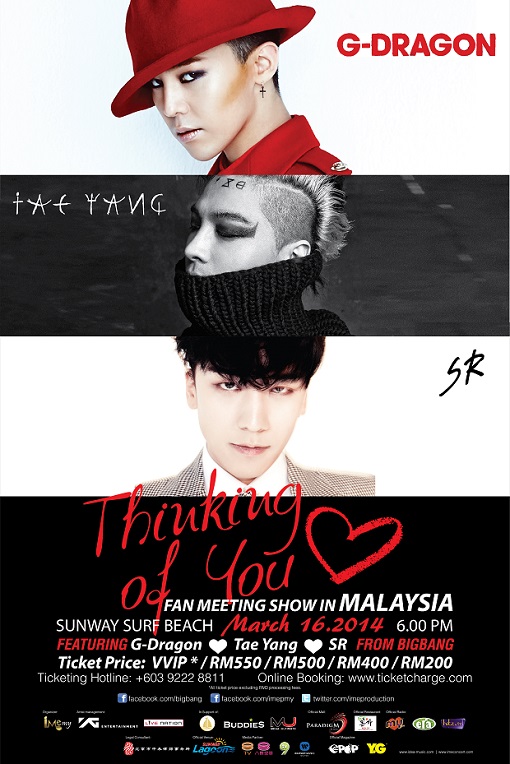 The trio decided to give Malaysian VIPs this gift of gratitude by throwing the 2 hour event of music and fun and VIP returned the gift by buying every ticket for the large arena for the major event.