With the release of the “Pretty” music video teaser, Infinite H continue to prepare for their comeback with second mini album “Fly Again” by revealing the track list for it. 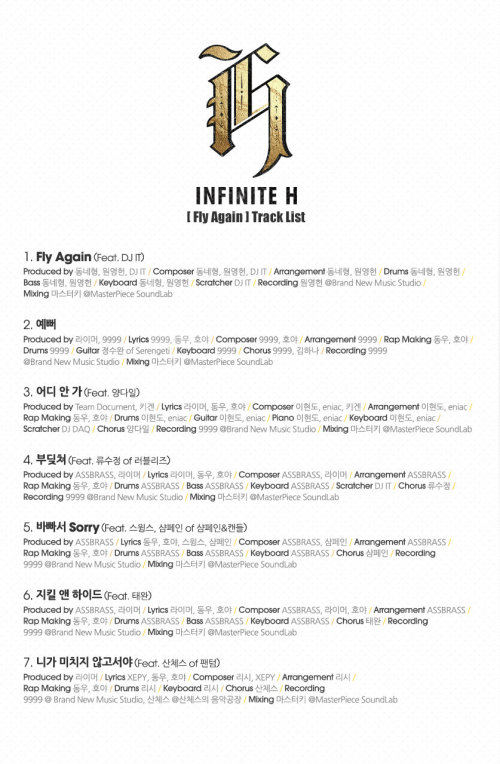 There are 7 tracks on this album in which both Dongwoo and Hoya have co-written for.

Some of the featuring artists on “Fly Again” include Swings, Lovelyz‘s Sujeong, Phantom‘s Sanchez, DJ IT, Yang Da Il, and more.

A Woollim Entertainment representative stated that, “Infinite H’s new album “Fly Again” is a continuation of “Fly High“. It’s not strong hip hop, they will maintain their unique wit.”

We’ll be able to hear a preview of these 7 songs coming up on the 21st. The music video for “Pretty” will come out on the 26th and Infinite H will be holding a MelOn Premiere Showcase on the same day.

“Fly Again” is available for preorders on various Asian music sites with its release date set for the 27th.