Can we just talk about the star-studded cast of SBS‘s “Scarlet Heart: Goryeo” and the amazing original sound track line-up?

For those who are new and are wondering what kind of K-drama, “Scarlet Heart: Goryeo”, it is an adaptation from a Chinese drama and the story is set up in the early times of the Goryeo regime. The story is about a woman from the 21st century named Hae Soo (played by IU) whose soul gets transported back to the Goryeo dynasty and finds herself trapped in the conflicts and struggles between the princes of the Wang House. 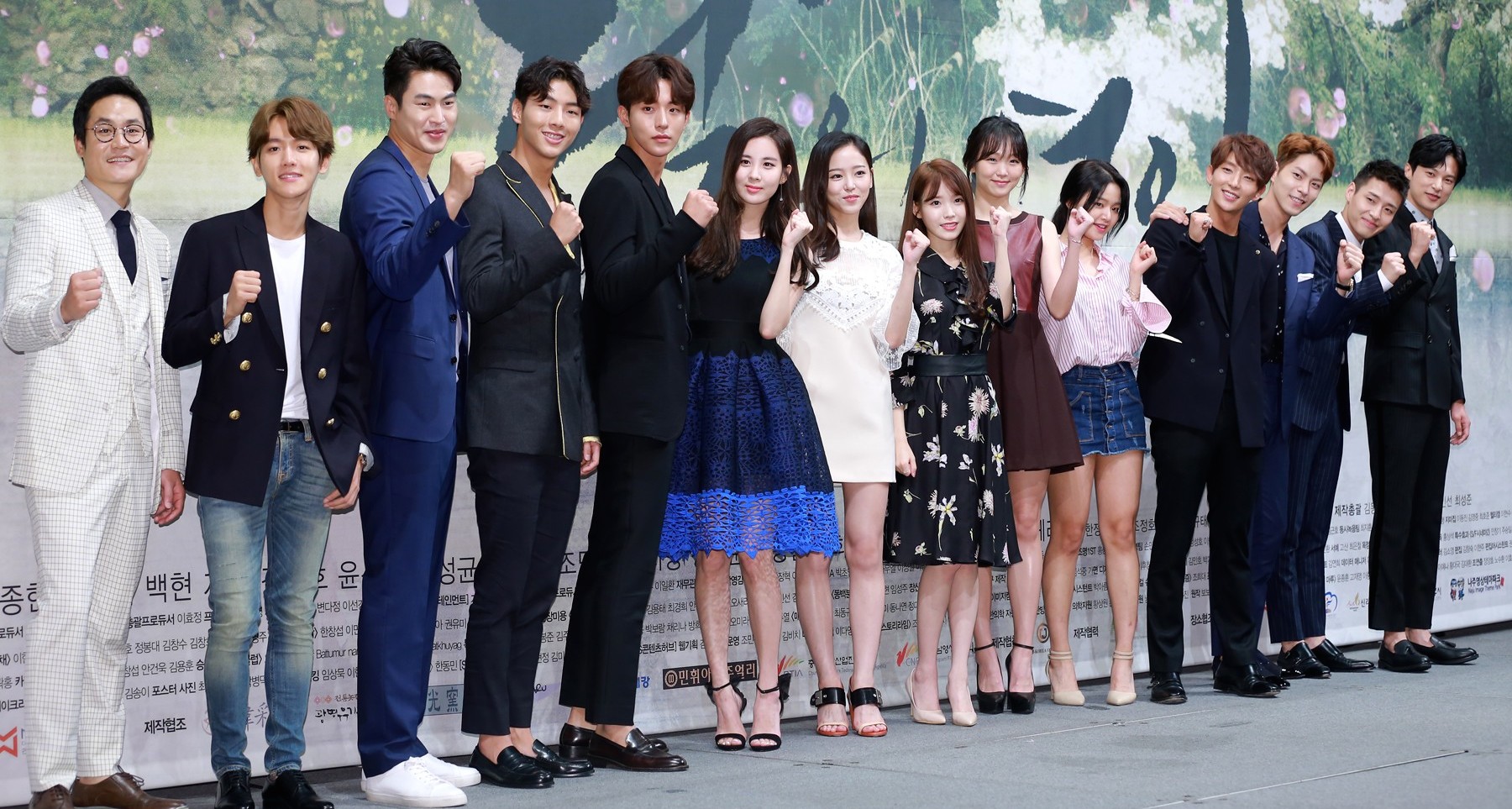 The SBS drama is reported to have an epic original sound track line-up from artists such as: Epik High, EXO (members Baekhyun, Chen, and Xiumin), Davichi, Girls’ Generation‘s Taeyeon, and Lee Hi. Let’s see how “Scarlet Heart: Goryeo” goes and what artists will be featured to sing for the drama.

So, without further ado, let’s introduce our first artist!

EXO‘s Baekhyun, Chen, and Xiumin team up, for the first time, to form a unit to sing the ending theme song for the drama.

“For You” presents lyrics that describe the love and devoting that not only Lee Joon Gi, but almost all the princes have for IU‘s character, Hae Soo. The powerful vocals of Baekhyun, Chen, and Xiumin are emphasized with the song’s sweet melody.

Rapper Loco and songstress Punch (who is most notably famous for numerous OST songs and most recently her song with EXO‘s Chen in “Descendants of the Sun” which can be heard here) is up next to sing for “Scarlet Heart: Goryeo.”

Punch‘s sweet vocals and Loco‘s crystal clear rap is a match made in heaven as they convey their message through this romantic track titled “Say Yes.” And I mean, who doesn’t want to “Say Yes” to all these majestic and attractive men?

I.O.I is up next to sing for “Scarlet Heart: Goryeo” and this marks the first time the girl group has sung for a K-drama soundtrack.

“I Love You, I Remember You” is their beginning endeavor to an original sound track for a historical K-drama, the track somewhat transports you back into the present time with its pop-genre melody. It’s a bit equivocal, but you could always see how well the song suits the drama when you watch it.

Let us know which of the songs so far are your favorite in the comments below. Stay tuned with Officially KMusic as we bring you the latest news from Korean Entertainment!