Veteran Korean rock band Buzz have announced that they will be making a comeback with their first mini-album to be titled ‘Be One’.

‘Be One’ will be the band’s first release since 2014 when they released their 3rd album ‘Memorize’.  The new album will contain five songs including the title track ‘Like We Weren’t in Love’.

The title track is a traditional rock ballad which is true to the style of Buzz and showcases lead singer Min Kyung Hoon’s beautiful and unique voice.

The teaser shows us scenes of a couple who appear to be happily in love, but the tone of the music seem to indicate that there is something more to the story.

Watch the teaser for ‘Like We Weren’t in Love from Buzz:

The band has also just dropped a tracklist for the comeback album.

Check-out the track listing for ‘Be One: 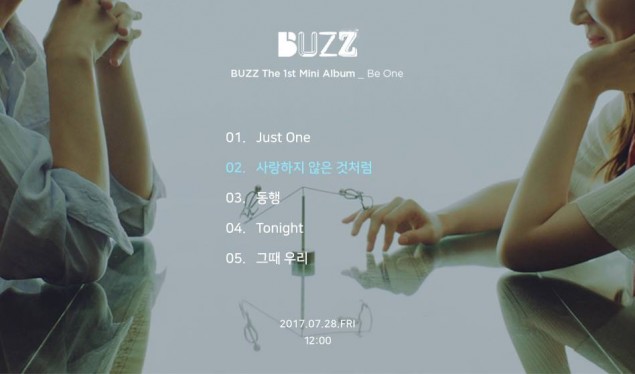 What do you think of the teaser?  Are you happy to see Buzz make a comeback?  Let us know in the comments below.

Keep up to date with the latest in all the Korean entertainment news with Officially Kmusic.