May 29 has got to be the special date for all Singaporean Starlights because after exactly a year, VIXX returned to Singapore again for a concert over the weekend held at Megabox Convention Centre @ Big Box. 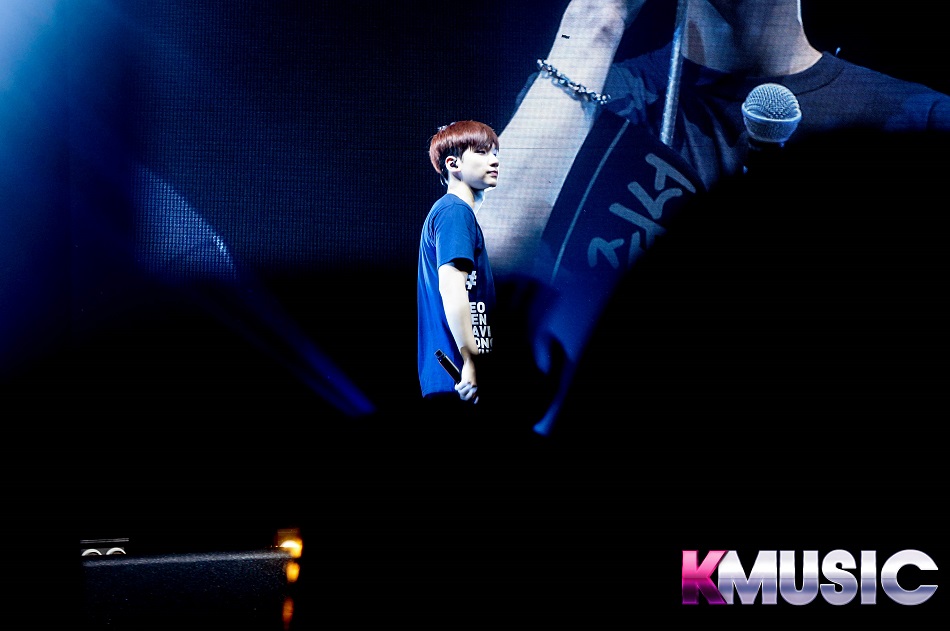 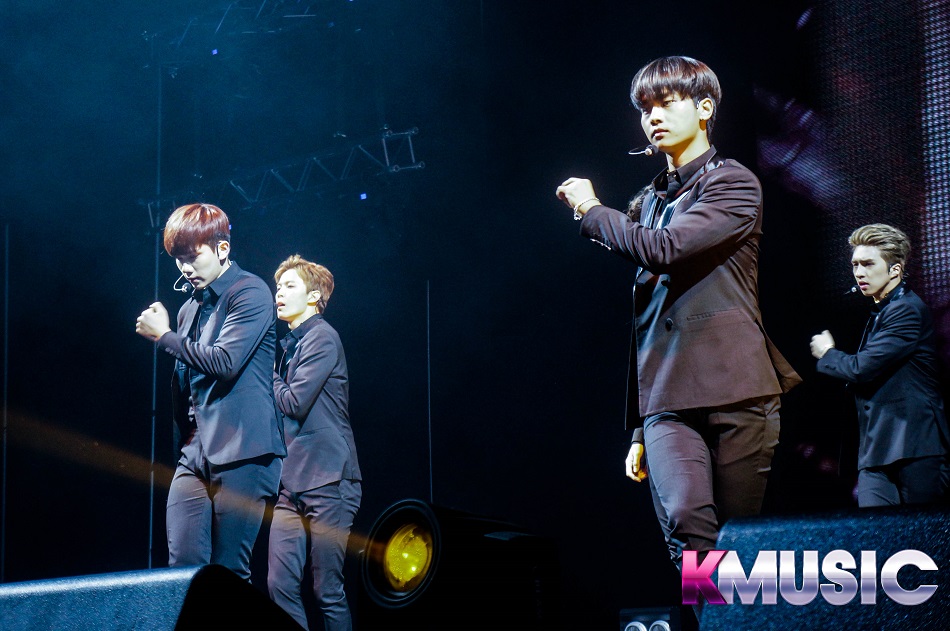 VIXX started the show with their song ‘Chained Up’ followed by ‘Beautiful Killer’ and ‘Secret Night’. They then introduced themselves one by one with Ken telling his fans, “The food here is really nice, and I think I gained like 5 kgs here.” The boys also told Starlights that they were already missing their kaya toasts when they just had them for breakfast that morning.

They then continued performing their latest song ‘Dynamite’ and ‘Spider’. Leader N then teased the fans by saying, “We can feel the heat tonight. Should I take off my jacket?” VIXX also shared that their latest song ‘Dynamite’ was inspired from the song ‘God of Jealous‘ and the concept for that song is a little different from their previous concepts which were mostly dark and voodoo-like. 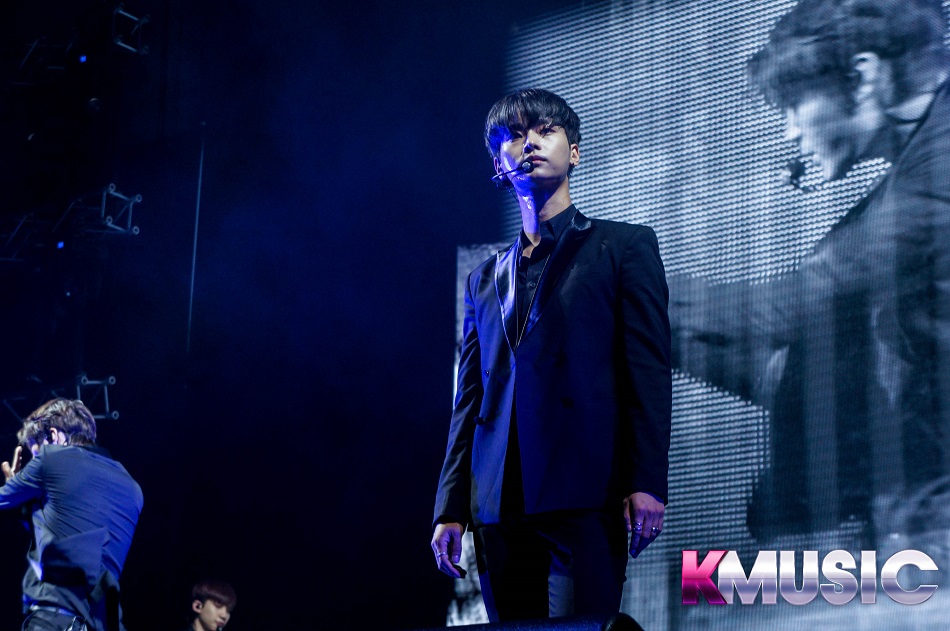 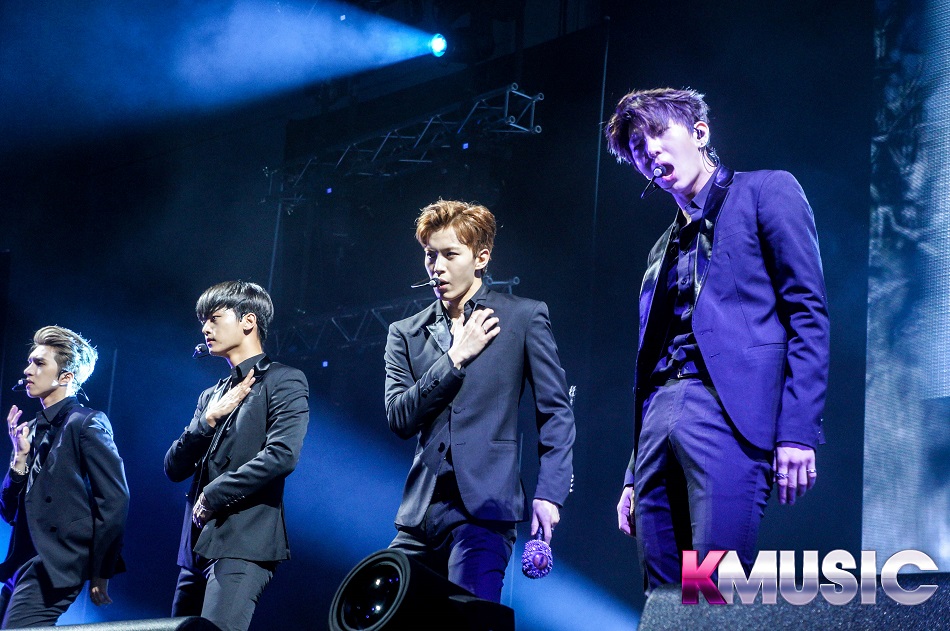 During the concert, the boys also shared some photos they took starting with Ken who took over 200 photos during his flight. 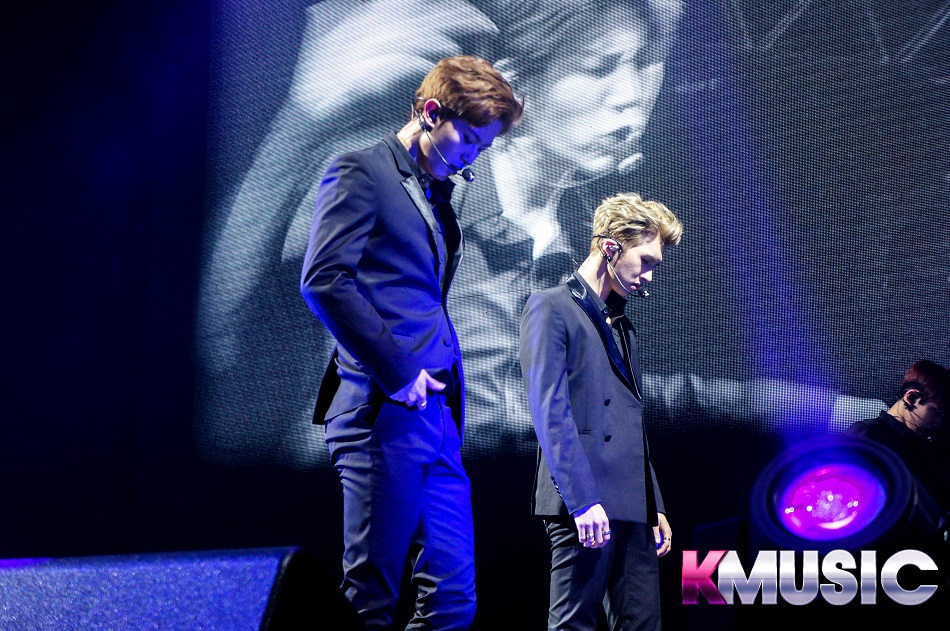 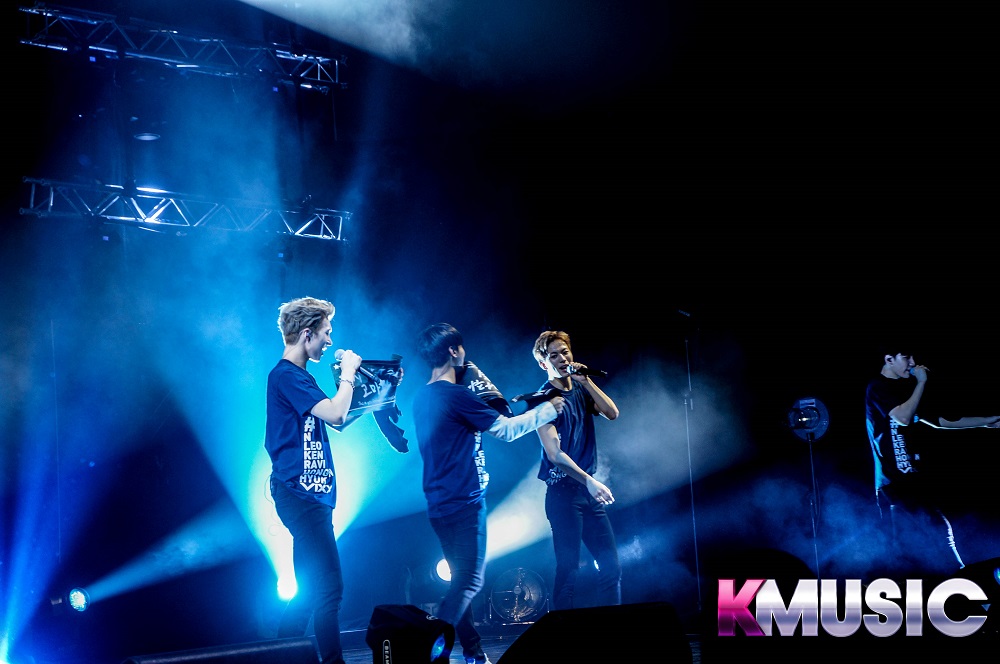 The night got even livelier with the boys performing ‘Can’t Say’ and ‘Stop It Girl’. VIXX also performed ‘B.O.D.Y’ before answering some questions submitted by their fans.

N was asked to perform a sexy dance which he did and the boys could not stop cringing while watching his performance. A fan then asked Hongbin, “What do you do during your free time?” and he answered that during their free time, the members will watch movies together or have long conversations among themselves. He also shared that he plays basketball with his friends when he is free. 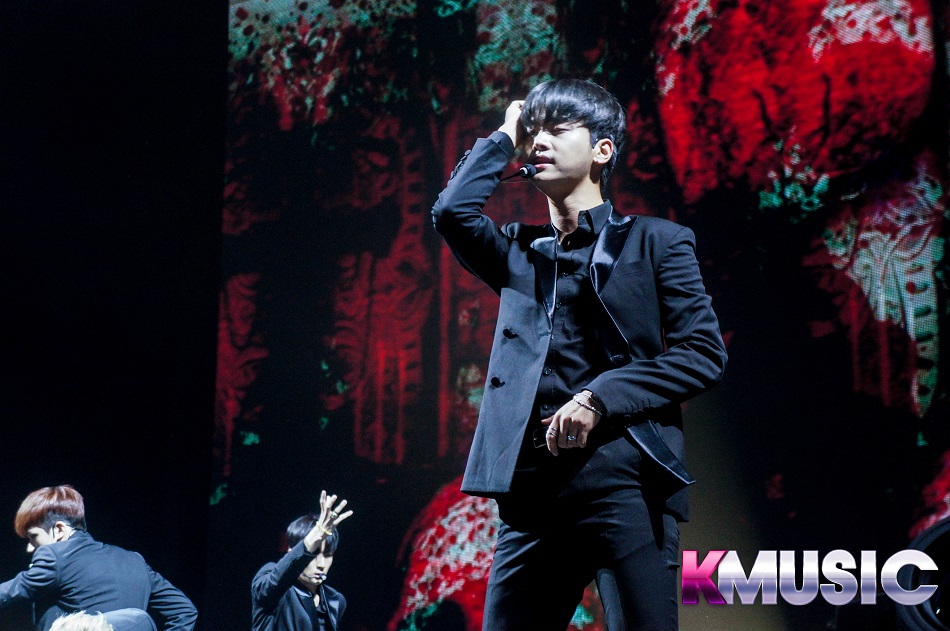 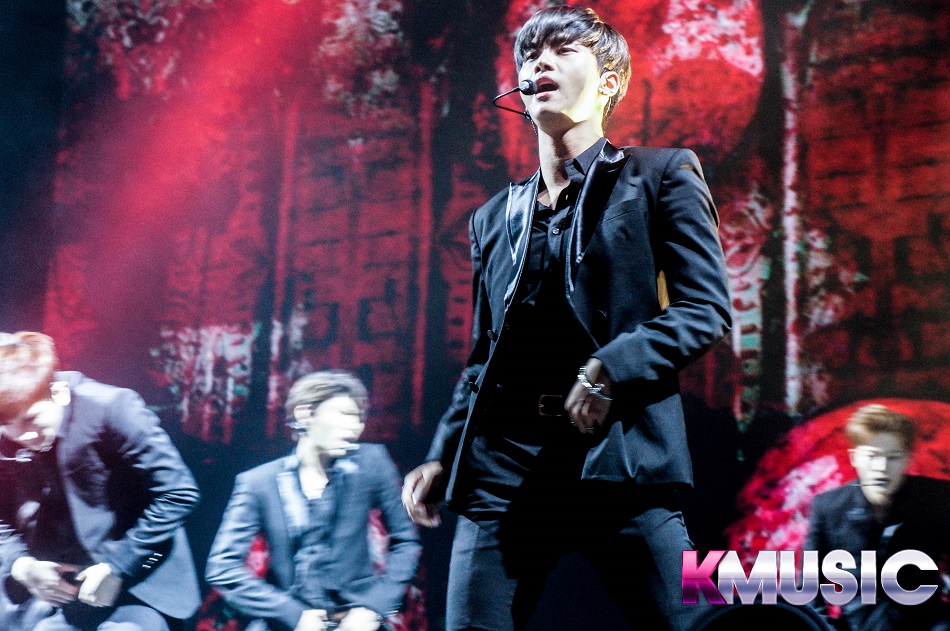 Ken also performed a short verse of ‘In The Rain’. He was then asked by a fan, “What do you like most about Singapore?” which he answered with “My Starlight babies?” and gave a heart gesture to the crowd.

A fan also asked the boys, “Where do you want to go the most in Singapore?” to which N answered, “Orchard Road!” because he likes “the shopping and taking photos with the other members” and Hongbin also shared his desire to “go back to USS” because he really likes the roller coasters and hopes to go with his members again.

Hyuk tried to impersonate a duck while Ken and Hyuk tried to re-enact a scene from the famous Korean drama Descendents of the Sun with Ken addressing himself as “Ken Si Jin” acting as Yoo Si Jin. 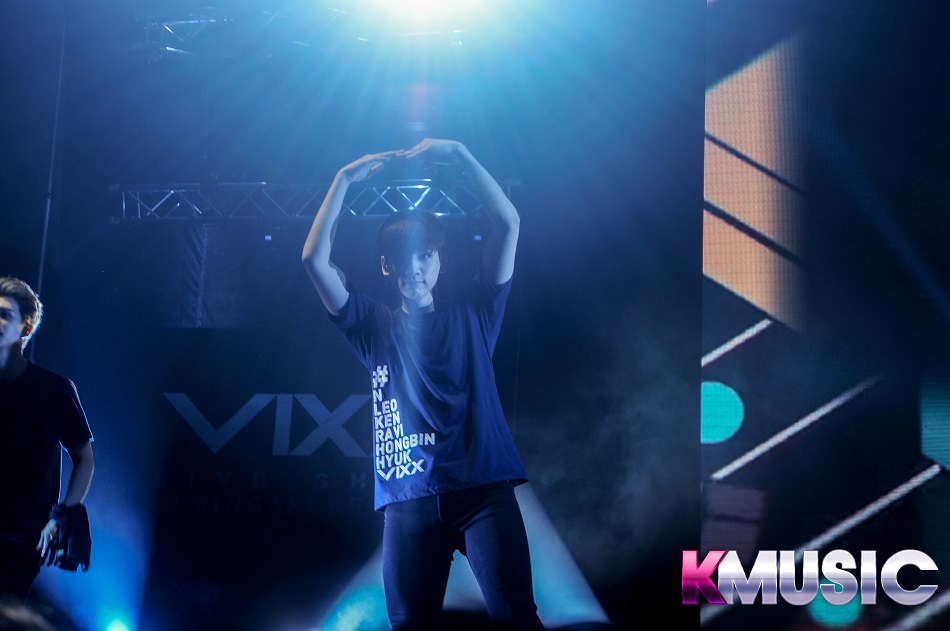 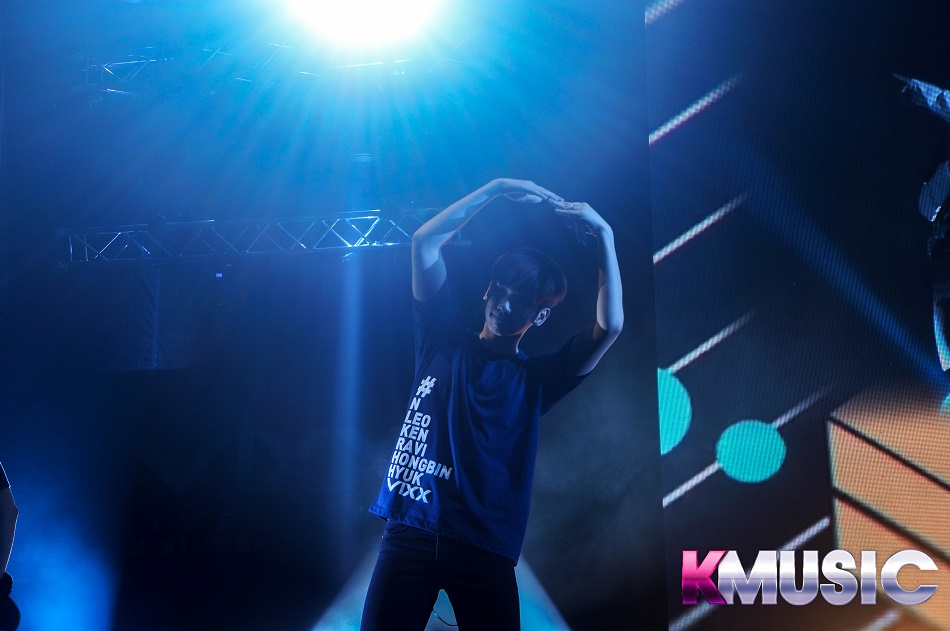 The boys continued performing with songs ‘Bad Bye’, ‘Love Letter’, ‘Error’ and ‘On and On’. They also performed ‘Eternity’ and ended the night with ‘Love Equation’. 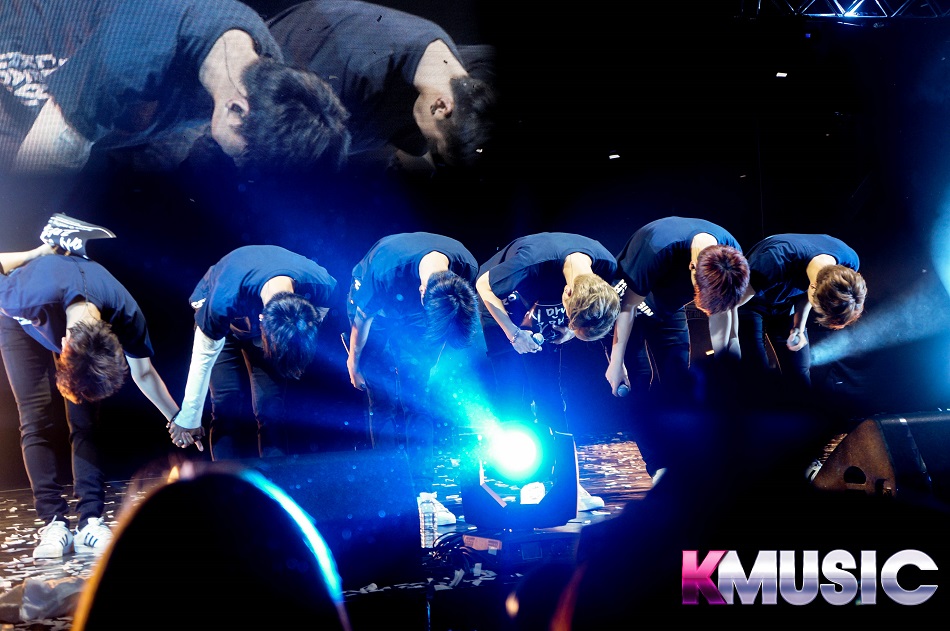 Stay tuned to Officially KMusic for all your exclusive KPOP news!