November 10th in Los Angeles, the day ST☆RLIGHT‘s have been waiting for. Doors opened at 6:30 and fans rolled in like water. They gathered at the Club Nokia theater for one band, VIXX.

As it was nearing show time the fans grew louder. “VIXX! VIXX! VIXX!”, they shouted until finally, the room filled with screams as an intro video commenced. Soon enough, the main event had begun!

The six members of VIXX appeared on stage for their first song, “On and On” and sent the ST☆RLIGHT’s screaming with joy! They followed that song with their song, “어둠 솤을 밝혀줘“, leaving the crowd bobbing along to the hip-hop/rock beat. 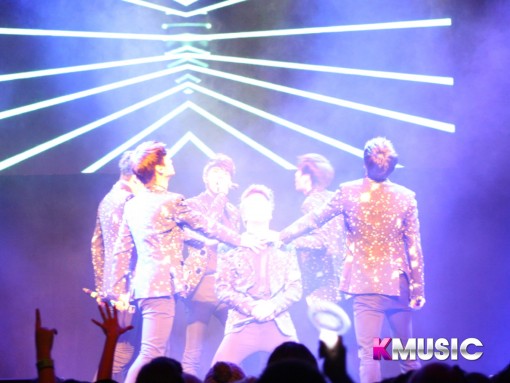 Following these two performances, the boys began talking to the fans. They expressed how wonderful it felt to be back in LA since KCON 2012. Leo, the birthday boy, actually got quite a surprise for his birthday. The members teased the usually quiet Leo as he suddenly became a chatterbox after meeting his idol, Trey Songs while shopping in Beverly Hills. Fans couldn’t help but giggle as the members teased. They then took the time to bring up a black box onto the stage where one special fan would get a gift from VIXX themselves. 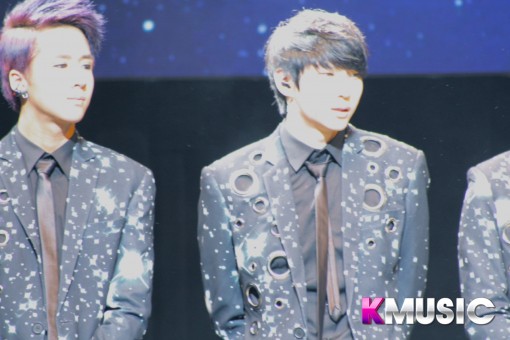 After the sweet social session ended, it was time to see the solo acts! Leo was first singing an English r&b song. Spotlight shone on him as he played the piano and the crowd went wild. Towards the middle of the song, he walked away from the piano and sang as the R&B track played. It was such a beautiful performance.

Next up was Ravi with his killer hip-hop rapping performance. His skillful rapping mixed with the powerful hip-hop/dub-step beat resulted in an epic performance. The crowd completely went wild. The extra special thing is that this particular song was unfamiliar and could be on their first full album. We’ll just have to wait and see! 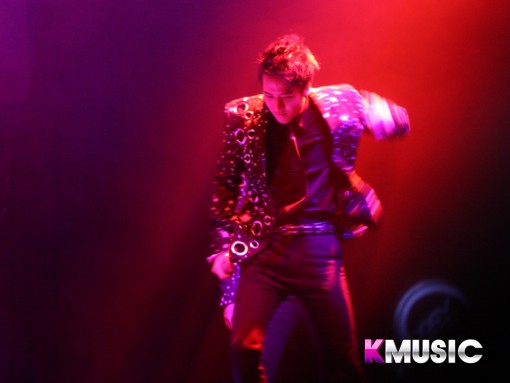 Ken‘s turn in the spotlight and he soon got the crowd jumping as he sang, “Turn up the music.” This song, full of synth sounds and a strong tech-no beat, hyped up the crowd. This is definitely a song one could fist pump to.

The real adorable treat came next. Hyuk and Hongbin suddenly appear on stage as the famous song, “One that I Want” from Greece played. They then brought that lucky fan who was drawn from the black box to the stage as they battled for her. They danced, whirled, played songs on their virtual ipod and then finally, they each presented her with a rose. Who did she pick? Well both of them of course! She then walked off stage, arm and arm with both of the boys!

To conclude the solo acts, N came to the stage and suddenly blindfolded himself. His act was a completely blindfolded dance. You truly saw the pure talent N has as he danced his way around the stage with ease, even teasing the fans by getting super close to the edge.

After concluding the solo performances, the boys returned to the stage together for the performance of their debut song, “Super Hero“. At the end of the performance, the boys got to sit for a moment and talk with the fans again. 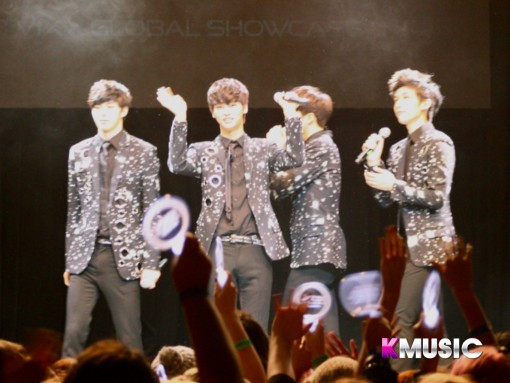 They brought out a board full of post-it notes with questions for the fans! They read the questions in English and answered as best as they could in English as well. The fans got a kick out of their cute accents. Once again, N decided to tease poor Leo for his birthday. N showed off his dancing skills to a cutesy girl group song with a signature hip dance. He then told Leo that he has to do the sexy hip dance for the fans. Leo shyly stood there and kept turning away as the music played. He was so bashful. Then, Ken decided to get up and do it along side Leo. Finally, Leo did the dance but he did it in the most subtle way. The fans went wild and giggled at cute Leo.

Adding to the excitement, ROVIXX assigned the boys to a mission. They were to teach the ST☆RLIGHT’s gathered a dance! They chose to teach the moves to “Rock Ur Body.”

After they finished up talking, they proceeded in performing, “Starlight.” Fans swayed along to the song with their light sticks in hand. Finally, their dance moves got put to the test as they performed, “Rock Ur Body” as their ending song. They then thanked the ST☆RLIGHT’s for attending and exited the stage. Though, the show ended, fans wouldn’t let them leave without an encore!

VIXX returned to the stage to perform an acoustic version of the song, “Hyde“. Fans joined in and sang along. After the song, they thanked the fans once again and the ever so sneaky N had prepared a special surprise for Leo. As they were lining up for their final encore song, the screen suddenly started playing something. It was Leo’s family singing happy birthday with a cake. Leo’s mother wished him a happy birthday and good luck. This was so touching for Leo as he turned around and wouldn’t face the crowd. N then confessed that he wanted to do something special for Leo. How sweet right?

Leo then turned to the audience and thanked them and N gave him a big hug.

Finally, it was the last performance. They performed their song, “G.R.8.U.” and ended the show with a bang.

Such a magical night for all ST☆RLIGHT’s who attended. Thank you KPOP UNITED, Jellyfish Entertainment and all who helped put on this wonderful event!