Cheese in the Trap co stars, Nam Joo Hyuk and Lee Sung Kyung, have reunited in first script read for their newest MBC drama, ‘Weightlifting Fairy Kim Bok Joo‘! This will be their first leading roles in their career as Sung Kyung turns into Kim Bok Joo, a weightlifter who learns to love. Joo Hyuk will be turning into a playful and bright swimmer, Jung Joon Hyung. The model-turned-actors will also be joined by Lee Jae Yoon and Kyung Soo Jin.

‘Weightlifting Fairy Kim Bok Joo’ is set to air in November after the end of ‘Shopping King Louie‘. For now fans can anticipate more news and catch Nam Joo Hyuk as the ever lovable Baek Ah in ‘Scarlet Heart: Ryeo‘.

Check out the photos from the script reading below: 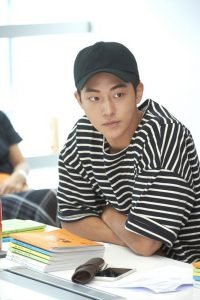 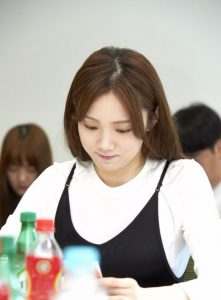 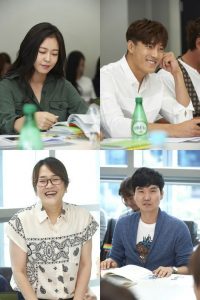 What are you looking forward to most about this upcoming drama? Let us know in the comments below!

Stay tuned with Officially KMusic as we bring you the latest news in Korean entertainment!