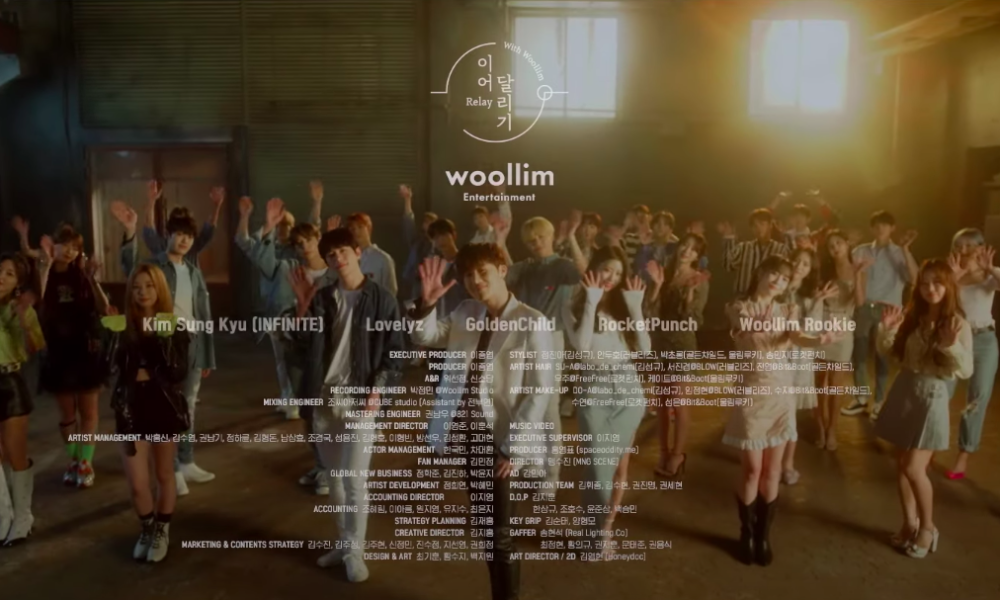 The current active Woollim Entertainment artists have come together for the release of collaboration song ‘Relay‘. It features Sungkyu from Infinite, Lovelyz, Golden Child, Rocket Punch and Woollim rookies, including Cha Junho who was formerly part of X1 and Hwang Yunseong, who participated with him on ‘Produce X 101‘. This is the first collaboration song of all Woollim artists. Check out the MV below!

The song is very heartfelt and heart-warming. The artists’ lovely vocals and stunning visuals shine throughout the MV – even Tag and Jangjun for Golden Child provide vocals, even though they are actually rappers. Each group seems to be searching for something, and at the end all the artists assemble together. A sweet shot of Sungkyu and every group is shown at the end.

What did you think about this collaboration song? Let us know in the comments below.