Like my colleagues already said we had an amazing and fruitful year in K-Pop during 2015 and it is like mission impossible to pick the best of the best, I feel like every comeback our groups did was not disappointing, just some of them I liked less than the others…. so this is my best! 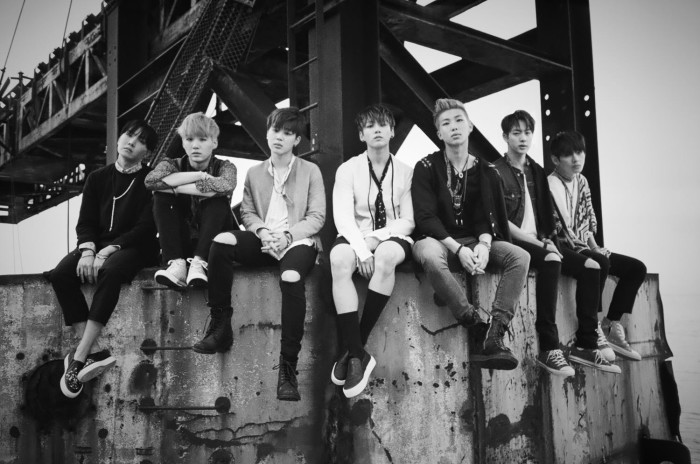 I apologize for being so biased but first, above anything, I am an A.R.M.Y, and I choose them over EXO and Big Bang because in my heart I feel like they do deserve my spot as best male group in 2015, because BTS has been breaking record after record with their double comebacks in 2015 with “The Most Beautiful Moment In Life” pt1. and pt2.

The first part they released on April 29th and made a boom, literally. Everything about that comeback was perfect starting with the concept and then with the songs. They went from the tougher bad boy image to a youthful more mature sound, and everyone will agree with me that they found their sound with this one. Bangtan achieved all-kill on music charts for the first time and on May 5th won their very first win on The Show with ‘I Need U‘, following 4 more with that round of promotions.

Not only did they break record in Korea but also in Japan climbing on Oricon Chart with lightning speed with ‘For You‘ and Japanese version of ‘I Need U’.

The second part of the album was released on November 30th with the title track ‘Run‘ and I don’t need to mention that was a success also, their album climbed up at Billboard 200 of all world albums being the first ever artist to do so, who is not from the Big Three.

So, here is for a better and more successful 2016 but first rest well, because the least we want to hear you being hospitalized and overworked! 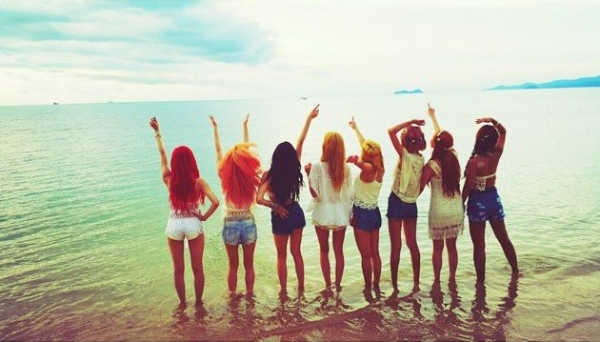 I had a tough time deciding for this category, but in the end I chose what my heart told me to. Out of all girl groups in K-Pop, I feel that I’m connected to these ladies the most! They started a year by releasing a music video for ‘Catch Me If You Can‘ on April 9th. It was really an emotional time for all SONE‘s because it was a first video without Jessica. Later on in June the girls released a summer single ‘Party‘ before the regular album with double title track ‘Lion Heart‘ and ‘You Think‘. They were criticized a lot by saying that they lost their way in music, but I disagree.

Not only the group promotions but TTS’ Christmas comeback with mini album ‘Dear Santa‘.

I think, whether you like Girls Generation or not at least they deserve your respect being one of the groups that belong to the last two generations of K-Pop and are still killing the charts with every comeback they do. 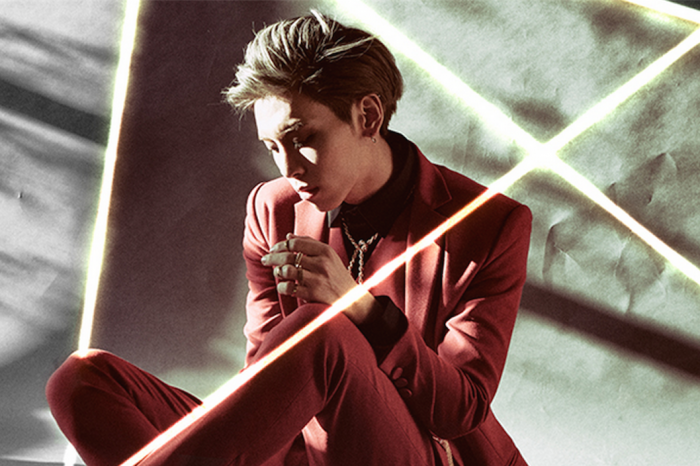 We had a lot of solo debuts in 2015 but out of all of them I have to choose SHINee Jonghyun even though he released his EP ‘Base‘ almost a year ago. It was released on January 12th 2015 with the lead single ‘Deja-Boo‘ feat. Zion.T.

The title track featuring Iron ‘Crazy‘ (Guilty Pleasure) was released the same day along with the album. Why out of all solo debuts and comebacks I went with this one. Jonghyun is one of those humble artists who really don’t show their talent other than singing and don’t like to brag about it, then we get a surprise like this one. He wrote the lyrics of all the songs and composed most of them. The sound is nothing SHINee delivered earlier and a lot of fans were not happy about that but they did not consider that all the songs SHINee released so far doesn’t represent each member perfectly. Jonghyun got an opportunity to show his true musical colors and I was not disappointed.

Other than participating in group and solo activities he is composing songs for his hoobaes, he wrote ‘Playboy‘ for EXO’s comeback album ‘Exodus‘. 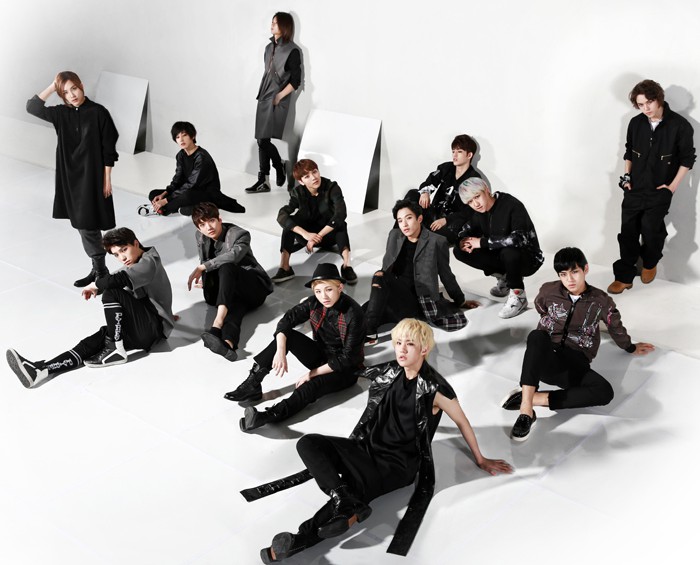 This category was really a tough one, but I feel out the all the groups that debuted in 2015, Seventeen has made a big impact on me during the past year. These boys had a big fan base even before their debut and were the first rookie band that had a 1 hour live showcase on a big broadcasting channel that happened on May 26th. Three days later their debut album ‘17 Carat‘ was digitally released as well debut music video ‘Adore U‘ while the physical album was released later on June 2nd. Seventeen’s debut album ranked on Billboard’s world albums charts at ninth place and staying on the chart nine full weeks.

They came back with their second mini album ‘Boys Be‘ on September 10th with title track ‘Mansae‘ and it was an enormous success for a rookie group.

When they first debuted, I believe like most of the K-Pop fans, I was worried how will I be able to memorize 13 members, it was mission impossible but with that kind of charisma and talent you begin to recognize each member by their special features. Even though they do have so many members, after spending just one day on their videos, I promise you I will learn every member’s name! Seventeen writes their songs, make choreographies, rap, and are so dorky and cute off stage!

To everyone who knows these amazing guys should not question my choice for best rock release in 2015. Royal Pirates have the best sound out of everyone I know in K-Pop industry. It is just right for me. What I love about them is they always push themselves and break boundaries to deliver the most quality songs out there. Their arragments, lyrics are so well composed that in the end you need to get a masterpiece. Royal Pirates debuted in 2013 and since then released a lot of mini albums and singles, not just in Korean but also in English.

On December 2nd the boys released their 3rd mini album ‘3.3‘ with title track ‘Run Away‘ and blew my mind, like for real. That song is on my playlist and I listen to it at least once a day!

I had a lot of struggle in this one, it was a tight battle between EXO and Big Bang, but like I said earlier, when the groups are so good like these two, I will choose the one I feel more connected and that is EXO. The boys had a lot of ups and downs the past year but somehow cam back stronger than ever. The biggest impact was that Tao officially left group in May after Exodus was still in promotions. If you remember there were a lot of speculations if he was going to stay or not but in the end the worst happened and the group was left with 9 members, leaving Lay as the last Chinese man standing. Even though ‘Exodus’ was not their best album, it did have a lot of good songs like ‘Playboy’, ‘El Dorado‘, ‘Transformer‘, etc.

‘Call Me Baby‘ promotions were a huge success winning all kills and a lot of No.1 on music show. Beside that one they came back two more times with repackaged album ‘Love Me Right‘ with 4 new songs and with 2nd Special Winter Album ‘Sing For You‘ with double title track ‘Sing For You’ and ‘Unfair‘.

So, this was my best of 2015 mentions and believe me it was a tough task to do, I feel like I betrayed a lot of other groups that were amazing this year like Big Bang, BEG, 4Minute, BTOB, GOT7, SHINee, f(x), Ailee, Super Junior, MonstaX, Infinite, iKON….

What were your best picks of 2015? Please tell us all about it and stay tuned with Officially KMusic in 2016 and I wish you all the best in this new year, but the most important, be healthy!

This was Nina 🙂 Thank you for reading!