YG Reveals BLACKPINK Is Coming ‘Back To Our Area’

YG Reveals BLACKPINK Is Coming ‘Back To Our Area’

YG Entertainment has been using the teaser “Who’s Next” for a while now. After Sechs Kies and Big Bang were confirmed to be making comebacks, YG’s newest girl group is following as well. Revealing a teaser image with ‘Square Two’, BLACKPINK is next in the YG comeback lineup. 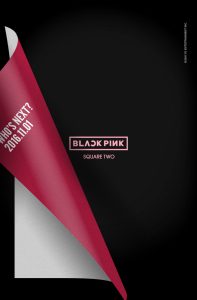 The date is set for November 1st, and it seems the group will follow on from their debut album titled ‘Square One’. It has not yet been revealed if we can expect two tracks like last time, but whatever it is, it’s guaranteed BLACKPINK will make waves.

The girl group debuted back in August with ‘Boombayah’ and ‘Whistle’. After much anticipation, BLACKPINK did not disappoint as their songs went on to win multiple awards and made them one of the most successful debuts of 2016.

Are you ready to see what BLACKPINK will bring to our area? Let us know in the comments!

Stay tuned to Officially KMUSIC, as we bring you the latest in BLACKPINK updates!