Yonghwa Reveals The First Of His Four Collaborations

Yonghwa Reveals The First Of His Four Collaborations

CNBLUE‘s Yonghwa has announced that his solo album will include four mysterious collaborations, and as promised, he has already unveiled the first one.

According to FNC Entertainment, it will be none one other than Yang Dong Keun (YDG), who will feature on Yonghwa’s pre-relase song “Mileage,”  which will even have a music video featuring both idols. 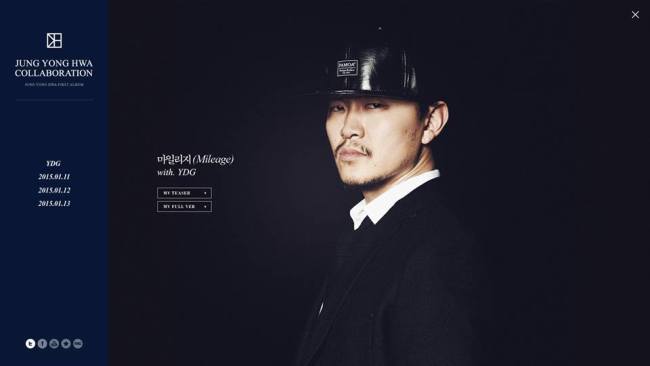 In order to give fans more hints on what to expect from it, they have also revealed a MV teaser for the song. Check it out:

It seems like the two will go for a funny concept in this video, since they act like a comedy duo in the teaser. The colorful and kind of crazy scenario also adds to that vibe.

The full music video for “Mileage” will be out on January 9th. Meanwhile, Yonghwa still has three collaborations to reveal, and they might have concepts that differ from this one. Do you have any guesses as to which other artists he’ll collaborate with?

The future announcements will happen on January 11th, 12th and 13th, so stay tuned to find out which other mysterious idols are going to be in Yonghwa’s album.

Scroll for more
Tap
Will Miss A Finally Have Their Comeback This Year?
KMusic Movie Review: Luhan’s “20’s Once Again”
Scroll
Loading Comments...