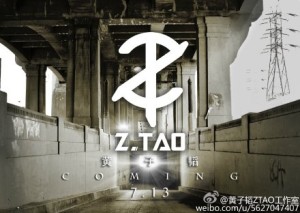 The latest teaser images have been branded with Z.TAO suggesting that the former Kpop Star will be using the mentioned name within the Chinese market. Z.TAO is a play on the artist’s Chinese name: HuangZiTao 黄子韬. This change in stage name suggests that the artist is officially drawing the line with his former management company SM Entertainment, however both parties have yet to release an official statement.

Other solo activities that Tao has been involved with includes being a music teacher for Hunan TV’s third season of Let’s Sing Kids, which has been soiled in controversy. Since the departure Z.TAO has also been involved with acting. He was a supporting character in the movie adaptation of the hit drama ‘You Are My Sunshine‘, which also starred Chinese megastars HuangXiaoMing and YangMi.

Stay tuned for more news on Z.TAO‘s solo debut. For now we leave you with the trailer of ‘You Are My Sunshine‘: