Whenever one hears Seo Kang Joon’s name, one would instantly be reminded of his appearances in the popular reality shows Running Man and Roommate. Currently, this handsome heartthrob is active in a 5-membered actor-singer idol group, 5urprise. Kang Joon also plays the role of lovable bad-boy Baek In Ho in the popular drama Cheese In The Trap. 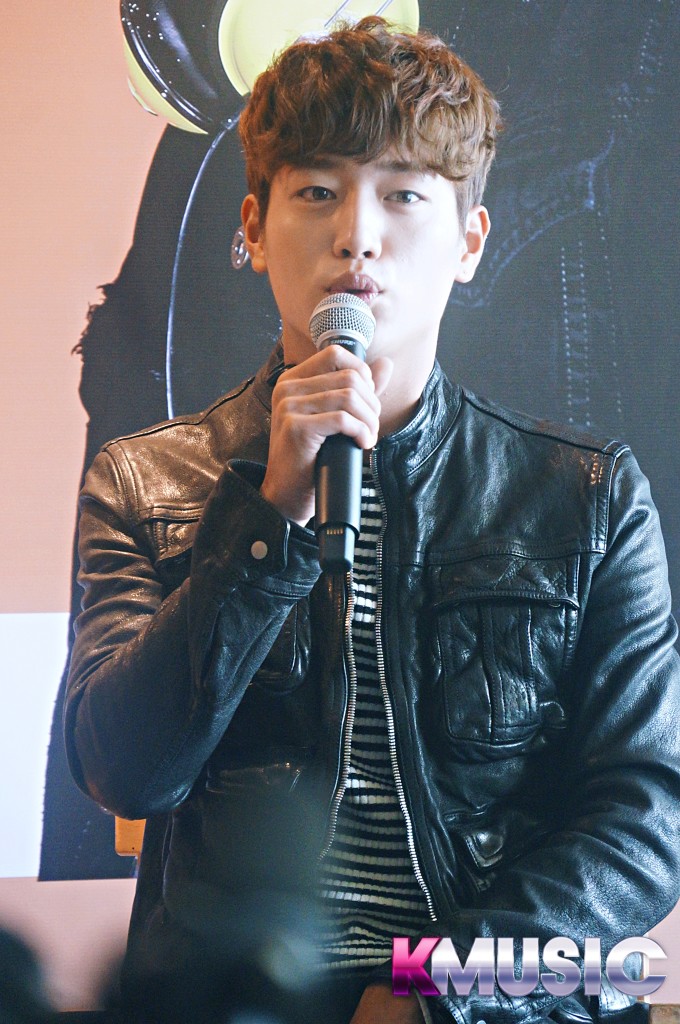 He first met the press at the Conrad Centennial Singapore on the 19th of February before attending his public fan-meeting in Suntec City. Speaking about his first time in the hot sunny island, he told us that he fell in love with mandou dipped in chilli crab sauce. He then went on to say, “I haven’t tried durians yet. But when I was studying in Malaysia, I wanted to try durians but the smell was too exotic. So I haven’t tried them yet.” 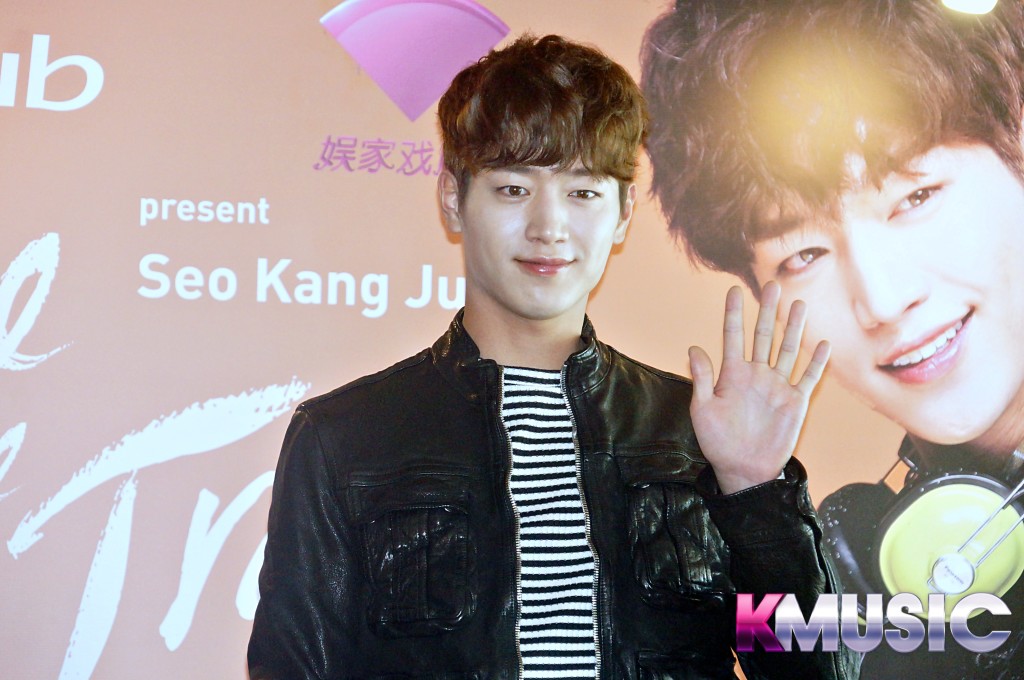 When asked about the similarities between his character as Baek In Ho and his personal self, the introvert said that he was very apprehensive before the shooting of the drama as he is “very very different” from the character in the drama. His biggest worry is the pressure of studying the role and meeting the expectations of the fans of the famous webtoon Cheese In the Trap. Despite all that, he still enjoyed filming a fighting scene with Park Hae Jin who plays Yoo Jung even though the strained relationship between the two characters is really sad. He wishes for both characters to make up soon.

Has his role as Baek In Ho influenced him? According to the actor, he noticed that he has been swearing a lot and apologized when he used some of the vulgar words as examples during the interview. 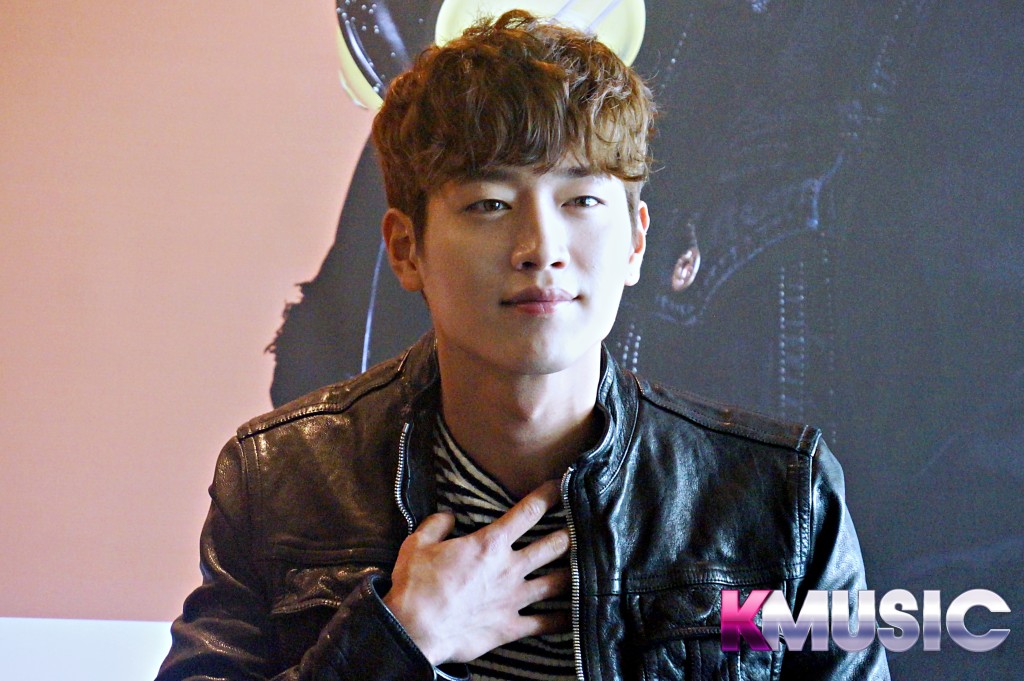 We asked about his future plans and Kang Joon replied that he has yet to decide on his future plans even though the shooting for this drama had been completed. Since he just got back from the shooting of Law of the Jungle, which gave him a glowing tan, his plan as of now is to just meet his fans all around the world.

About future roles that he wishes to take up, he answered, “I do not want to limit myself in my career. A lot of people suggested that a role as a vampire will be good for me because I have a very fair skin. But because I’m still very young, I still want to wear the school uniform and play the schoolboy role.”

The last question we asked is about his thoughts on Singaporean girls and his ideal type. Kang Joon, with cute dimples and big brown eyes, answered that sadly, he has not gotten many opportunities to meet a lot of Singaporean girls. However, those he have met seemed very kind and loved to smile, which gives him great pleasure.

Before ending the interview, Seo Kang Joon also shared that he loves cheese, “convenient store cheese. Like pizza cheese, string cheese… with beer” and that his favourite memory of his school life is “going to the seaside with my schoolmates and since in Korea, we pay monthly to the canteen for the school lunch, it was really fun to eat together with them.”

Later that evening, the public fanmeet at Suntec City garnered lots of attention – fans flooded around the fanmeet venue, as well as the second floor of the shopping mall just to catch a glimpse of the stunning, talented actor!

A few lucky fans even received the chance to play a stacking game using oranges with him! Twenty lucky winners got to take a picture with the actor, but it didn’t stop there. He went the extra mile to give them all hugs, leaving the crowd screaming from jealousy. 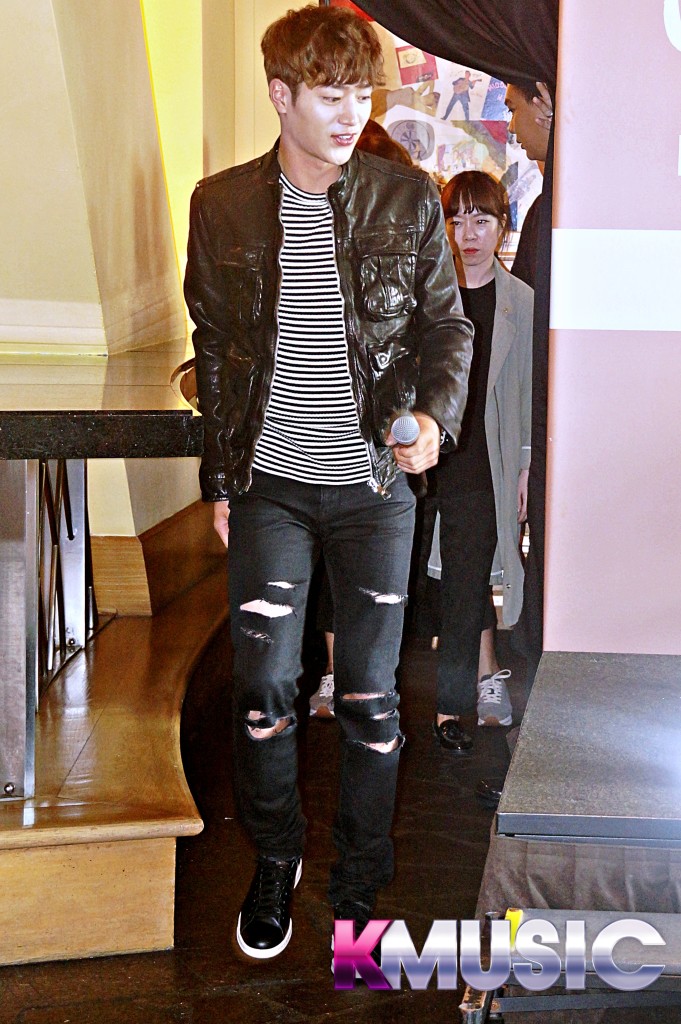 It was definitely a great time for Seo Kang Joon’s fans, even though it was just a short public fan meet. Everyone in Singapore hopes to see him again!

Officially Kmusic would like to thank Seo Kang Joon for giving us this special opportunity to attend this event!

Stay tuned to Officially Kmusic for all things exclusive!