It’s the second time SHINee and Red Velvet are back in Singapore this year. On November 24th, they were back to celebrate the opening of Shilla Duty-Free as ambassadors. It didn’t take Shawols & Reveluvs too long to see them again from August at the same venue as Musicbank SG. The press conference was held at the newly open Changi T4 itself and fans joined in as they waited since early in the morning in the area. As the groups enter the venue, fans were shouting really loudly. 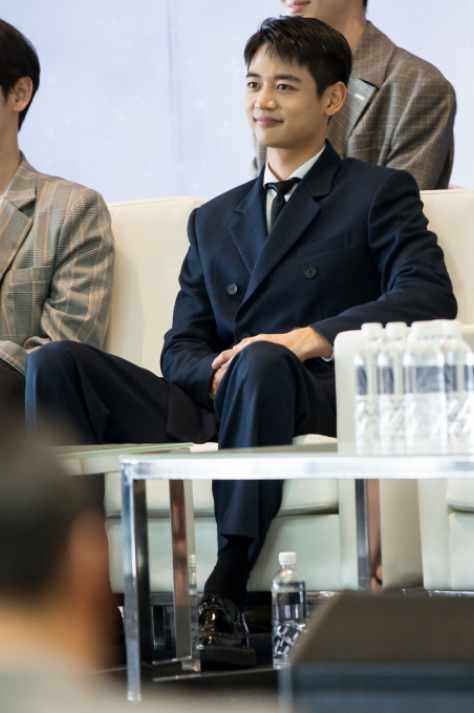 Both groups expressed that they were really thankful to the fans who came down to show support and they felt really welcome seeing so many fans around. They would also like to come back again if given the opportunity especially Red Velvet who wished to stop by Singapore after their Red Room Tour in Seoul with Japan next on March 28th and 29th. 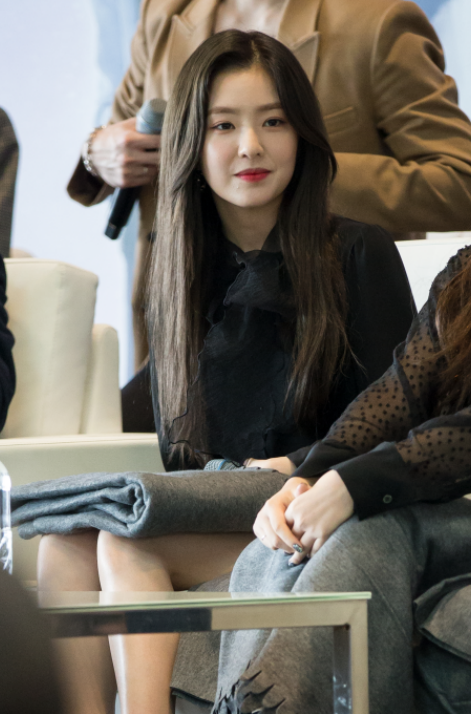 Irene also shared that fans would be able to see a more matured side of Red Velvet compared to the past albums and they’re currently busy promoting their titled song ‘Peek-A-Boo‘. Wendy said in English that they were here the previous time and they’re really surprised by the AWESOME fans. She thanked the fans for all the support and would definitely hope to be back soon. 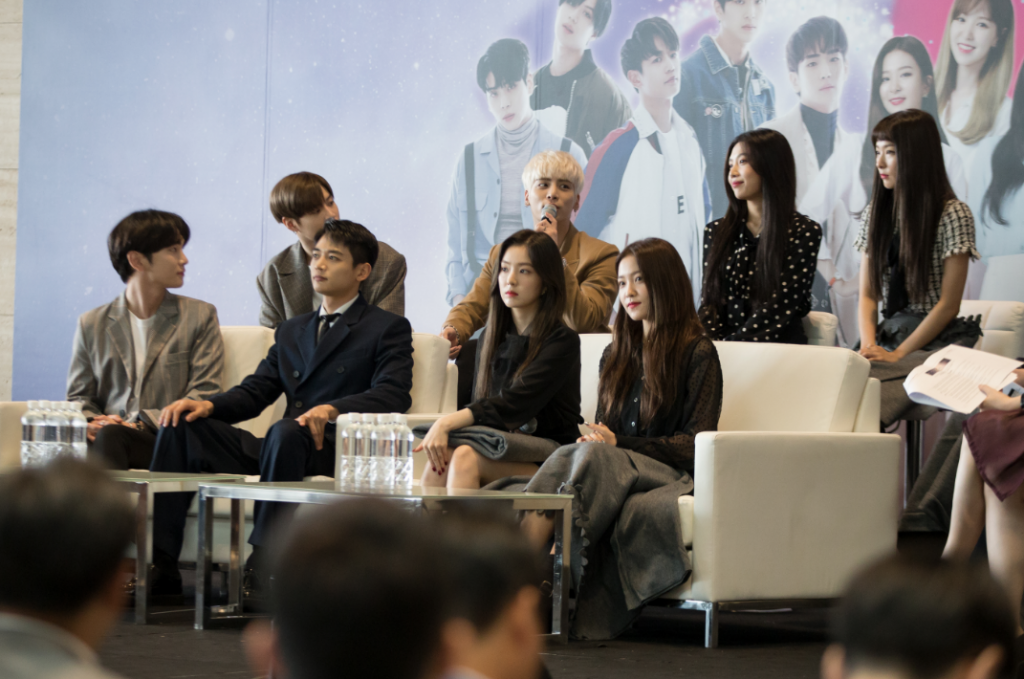 The members of SHINee and Red Velvet both shared that they had an enjoyable time shopping in Shilla Duty-Free as the staff was really friendly and helpful which made them feel really comfortable. They also shared their beauty tips and Joy was picked as the beauty guru of the group. Red Velvet members shared tips on their different mask pack, cleansing of the face and putting on moisturizing cream to maintain their complexion from their heavy makeups on stage. 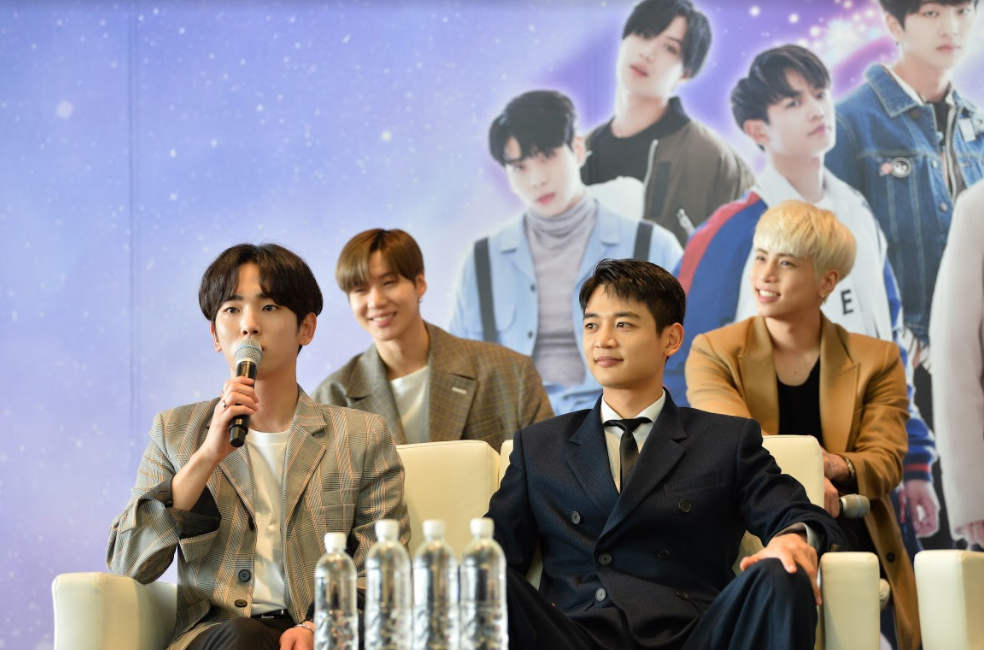 SHINee’s Key shared that it’s not common for guys to put on makeup now so BB & CC cream would be ideal. They also shared one thing they would get for their family members in Shilla Duty-Free: Jonghyun picked expensive cosmetic product; he felt that skincare products are really important while Key picks health supplements. Taemin and Minho both pick items that the person whom they buy for real needs. 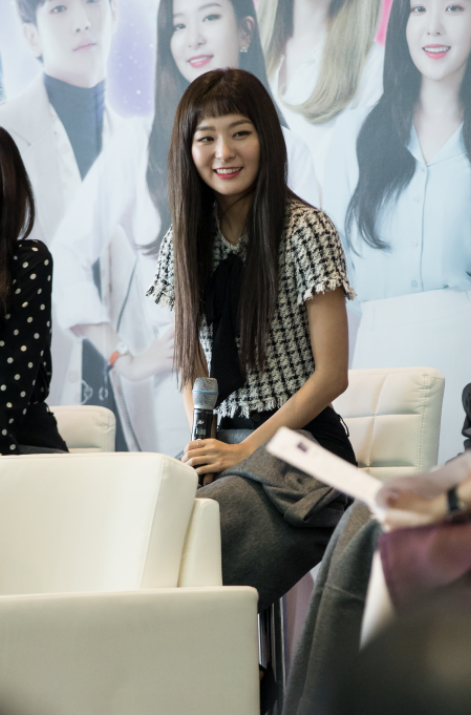 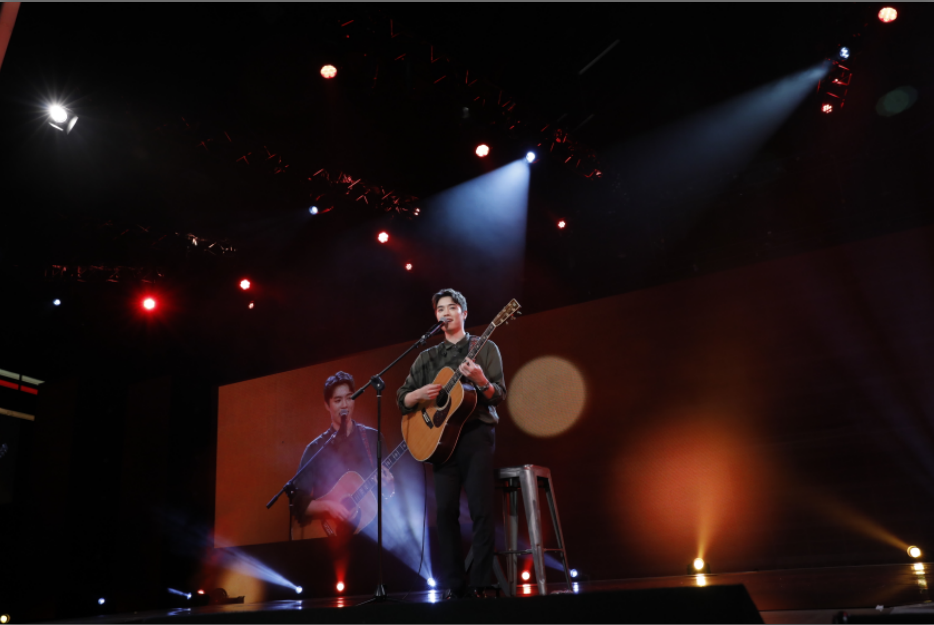 On the same night, fans were gathered for the concert with the opening act from special guest, Korean singer Eddy Kim. He impressed the crowd with his amazing vocal with songs like Goblin OST ‘You’re So Beautiful‘ even a cover of Eric Benet’s ‘Be Myself Again‘. 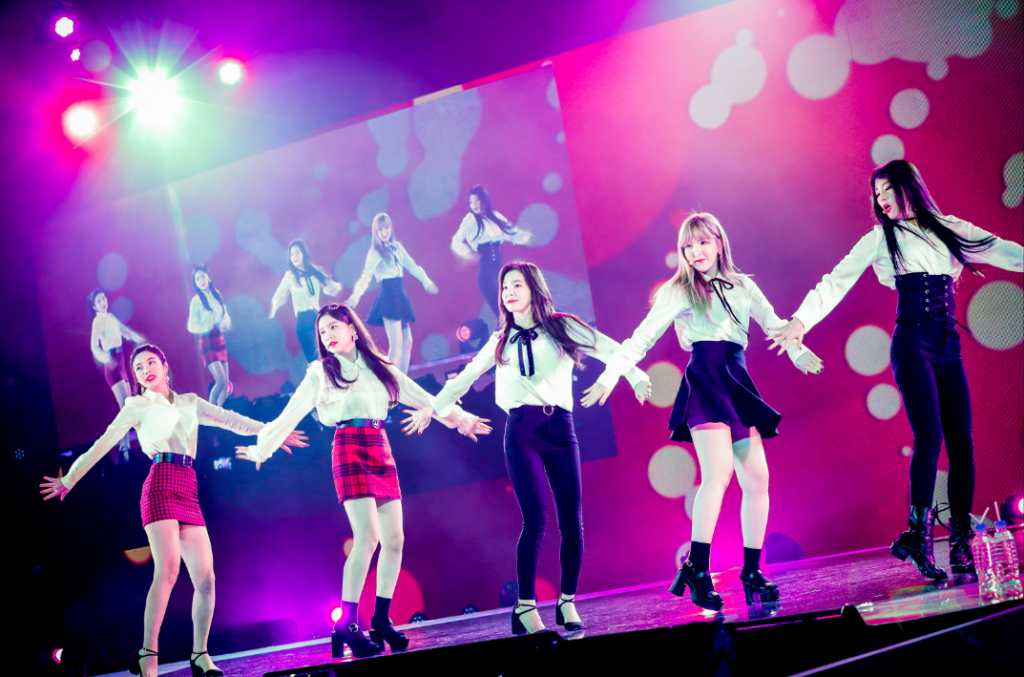 Loud cheers could be heard as Red Velvet walked up the stage. They started with ‘Dumb Dumb‘ then continued with ‘Russian Roulette‘, ‘Rookie‘, ‘Red Flavour‘ and then ended with their new title song ‘Peek-A-Boo‘. It was their first time performing the song live aside from in Seoul, thus Singapore Reveluvs are so blessed. 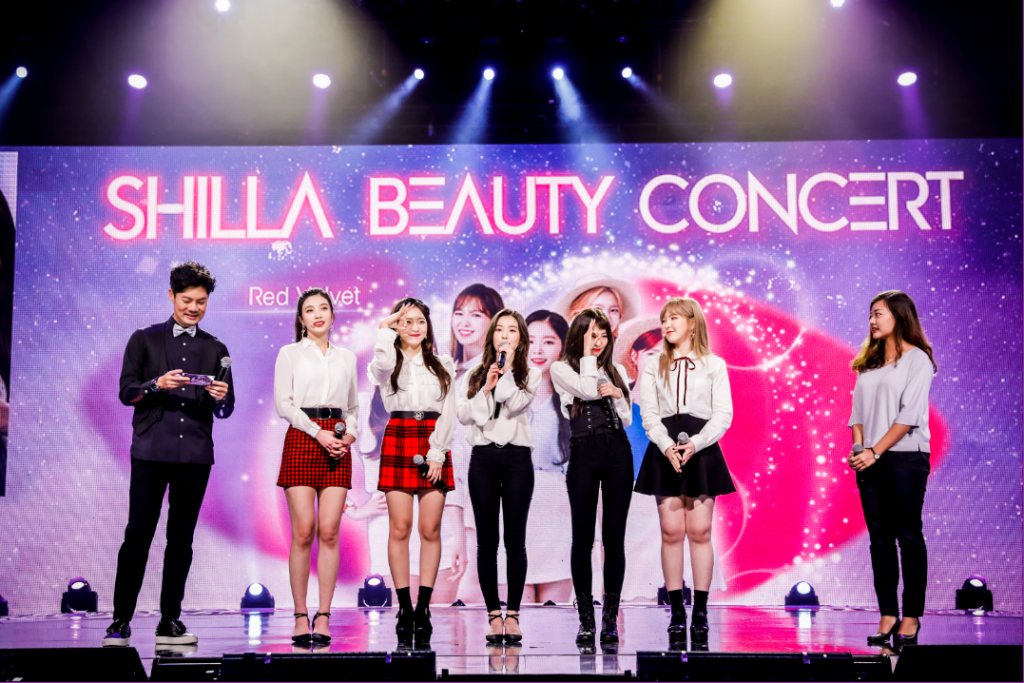 The crowd was singing along to every one of their songs and loud cheers and fan chants could be heard. On stage, they also shared more beauty tips and their must it-item like lipstick and body lotion to perfume. Wendy expressed that it felt really great to be back at the same venue greeting their fans. 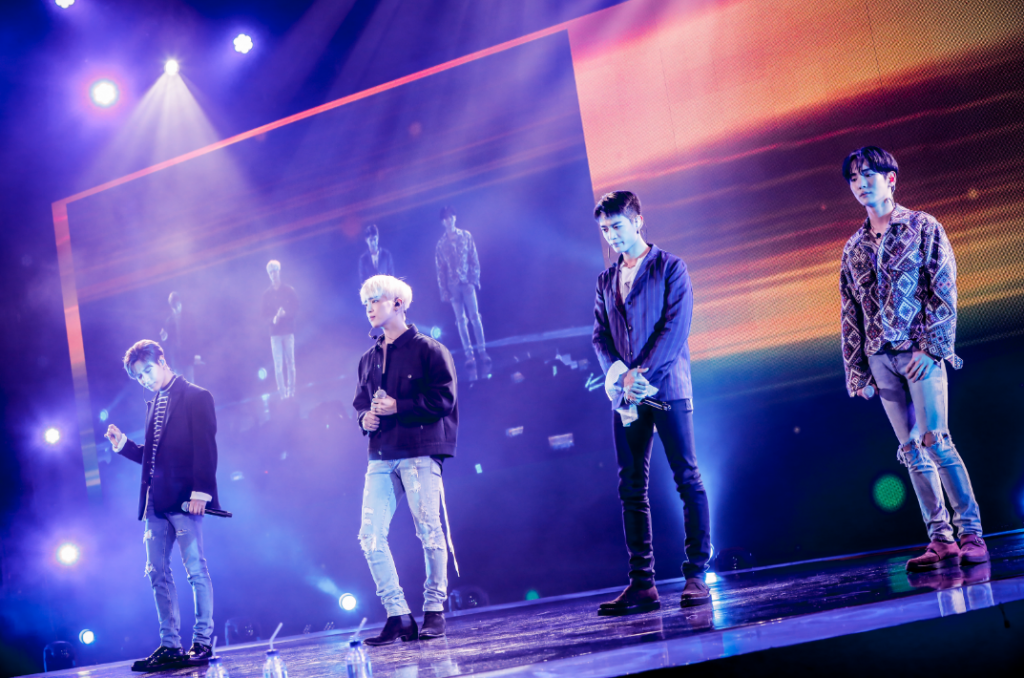 SHINee then nailed the stage with their opening song ‘View‘ which fans sang loudly along to, followed by slower songs like ‘Don’t Let Me Go‘, ‘Ode To You‘, ‘An Encore‘ and ‘Aside‘. They also showed amazing teamwork by taking turns to sing Onew’s part and even rapper Minho showed his amazing vocals when he sang Onew’s part in ‘An Encore‘. 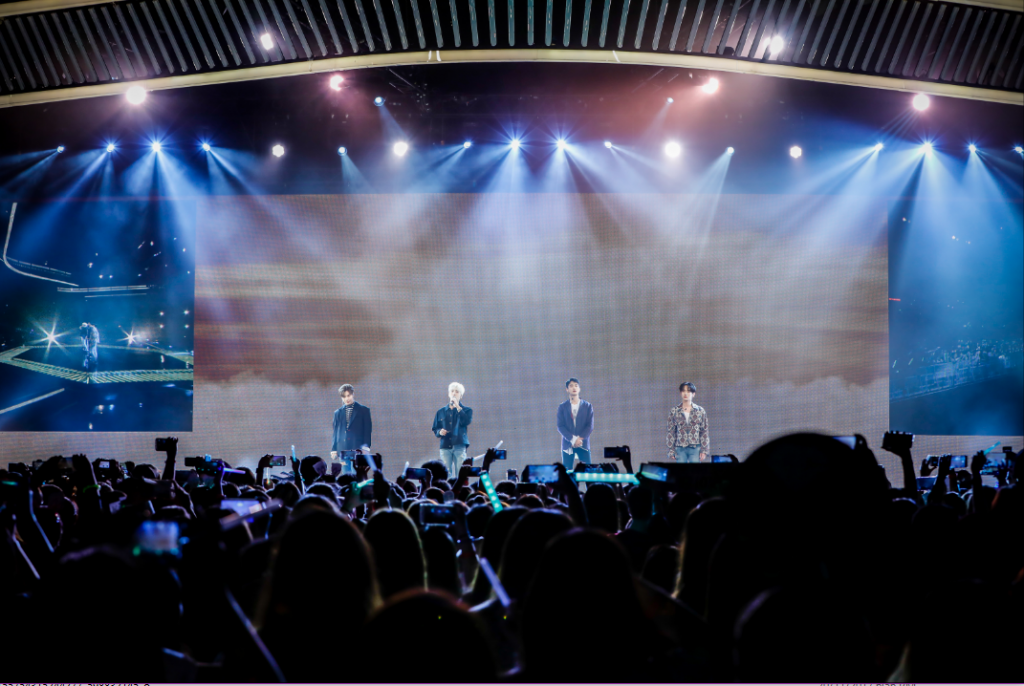 Key was sweet enough to ask if he was allowed to greet their fans. He also shared that he must have moisturizing cream whenever he travels to keep his face moist. Finally, They also performed ‘Beautiful‘ and ended the whole concert with ‘1 of 1‘. 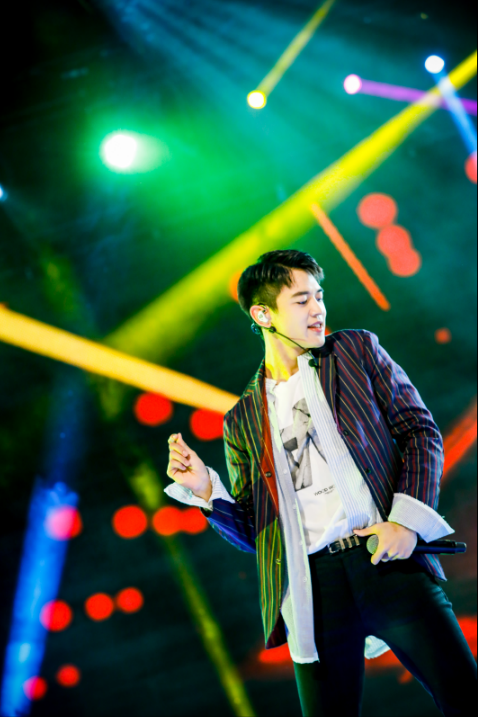 Overall, the event was amazing and we, Officially Kmusic, would like to extend our thanks to The Orange Press for inviting us to this special event.

Article by: Adeline Che
Photos by: The Orange PRess
Edited by: Tracey
Thanks for rating this! Now tell the world how you feel - Share this on Twitter and on Facebook.
(Nah, it's cool; just take me back.)
MOODTHINGY
How does this post make you feel?

Scroll for more
Tap
K-EXCLUSIVE: Park Seo Jun proves that he is the true “Nation’s Boyfriend” during his Fan Meet in Singapore 2017
K-EXCLUSIVE: VIXX greet their Aussie Starlights at their first ever Sydney concert!
Scroll
Loading Comments...