K-EXCLUSIVE: Park Seo Jun proves that he is the true “Nation’s Boyfriend” during his Fan Meet in Singapore 2017

K-EXCLUSIVE: Park Seo Jun proves that he is the true “Nation’s Boyfriend” during his Fan Meet in Singapore 2017

On Saturday 4th of November 2017, Park Seo Jun had his ‘Guess Who?‘ fan meet at Resorts World Theatre, Sentosa. The multi-talented actor showed off various skills from cooking for his fans to serenading them with a couple of songs. His fans were a very lucky bunch as everyone had the opportunity to get up close with him for a Hi-touch. Other lucky fans had their photos taken with the actor as well. 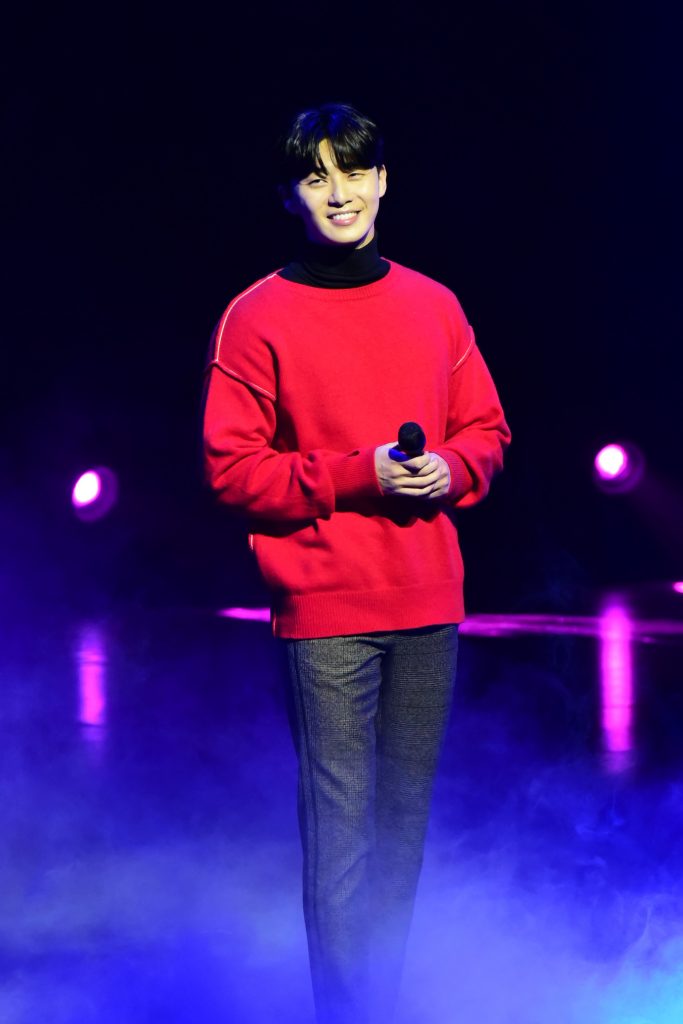 Park Seo Jun held his first Asia Fan Meeting Tour to thank his fans, who have been supporting him since his debut days. The tour started off in Hong Kong and made stops in Japan and Taiwan before coming to Singapore. His final fan meet will be held in Seoul on 9th of December 2017. 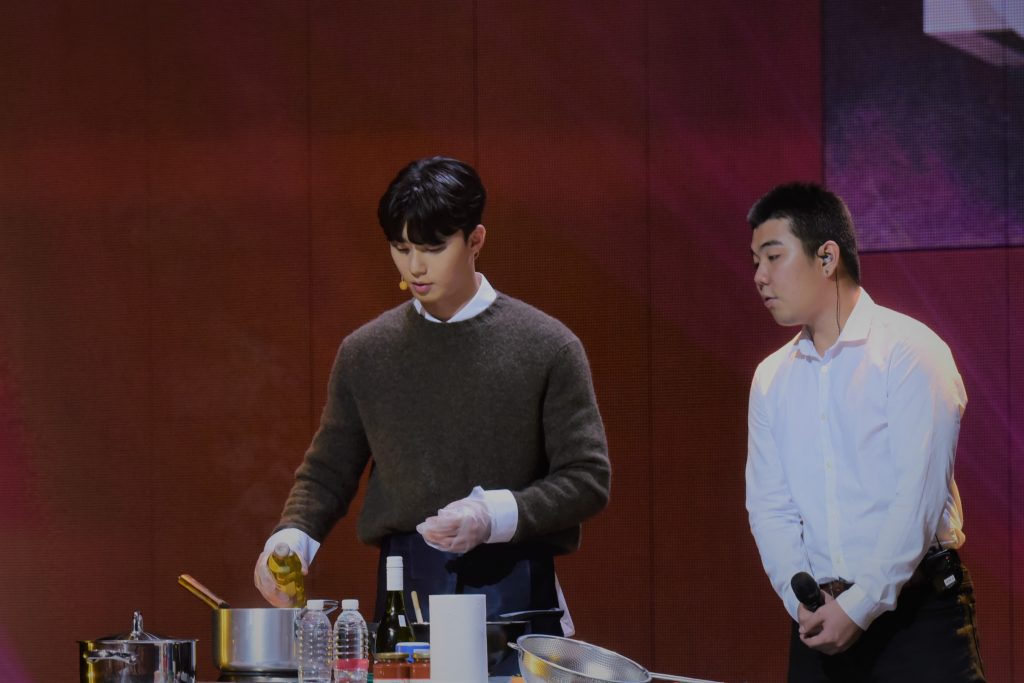 Park Seo Jun started his career in 2011 and is well known for his roles in the dramas ‘Kill Me, Heal Me’, ‘She Was Pretty’, ‘Hwarang: The Poet Warrior Youth’, and more recently, as a police recruit in the movie, ‘Midnight Runners’. 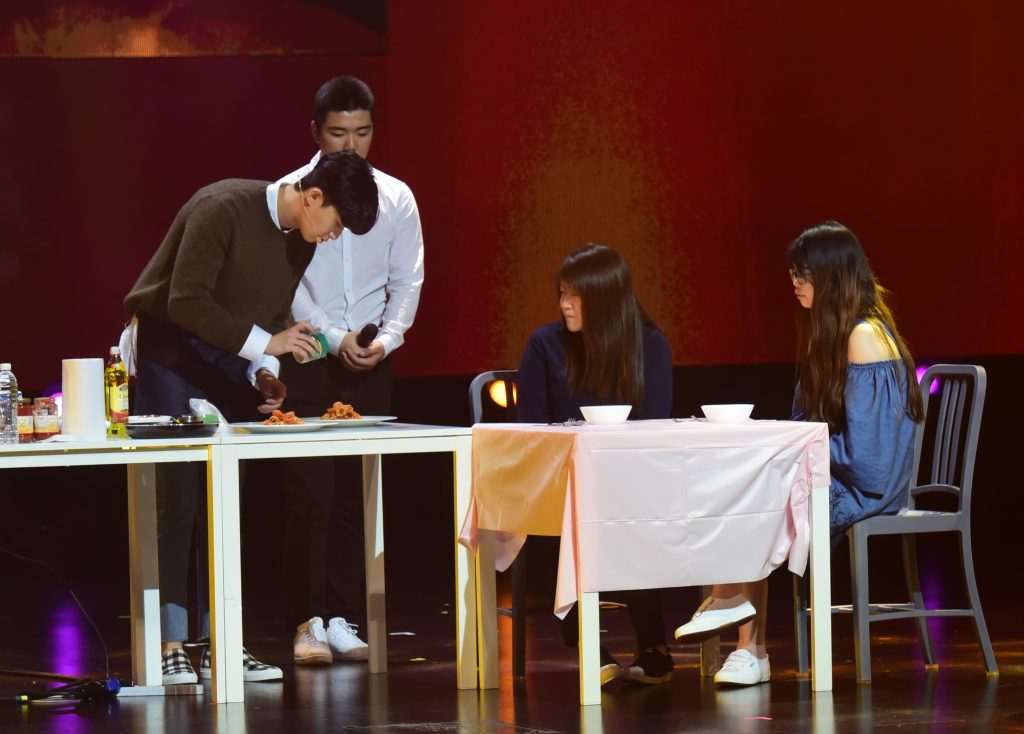 The shy actor started off his fan meet by bashfully greeting his fans with a “Hello everyone”.  Despite his many years of experience in acting, Park Seo Jun admitted that he was nervous while standing in front of his fans. 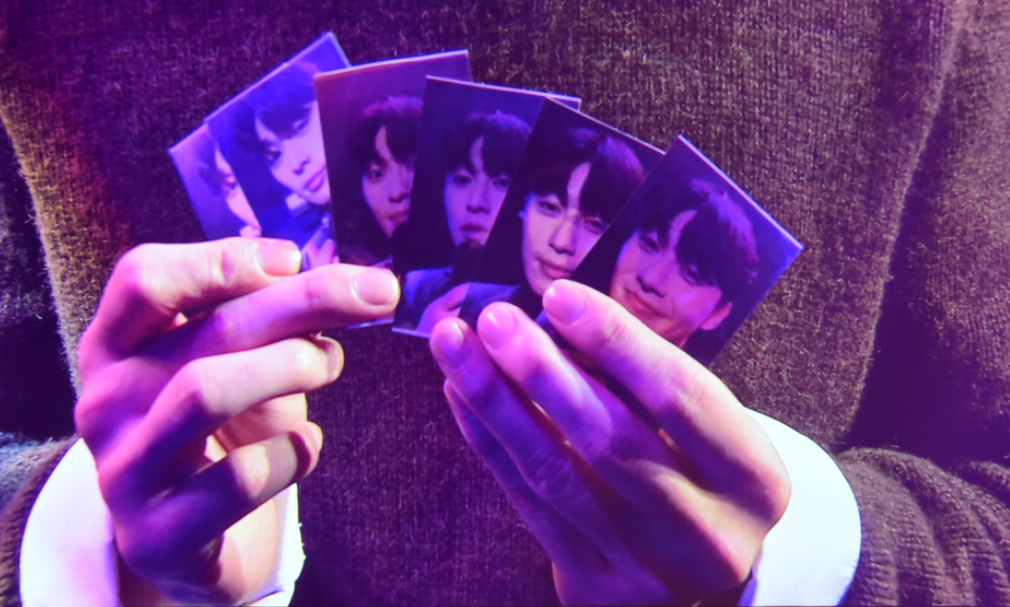 Park Seo Jun then shared a funny incident that happened while shooting for the drama, ‘Fight For My Way‘. The actor recalled shooting for over 13 hours for a fight scene where he had to confess to the lead female character, Ae Ra. He shared with the fans that he was exhausted after the fight scene that he felt his abs disappearing after a while and that his confession scene wasn’t as romantic as it could have been because of the eye bags that had formed around his eyes due to his tiredness from the long shoot. Seo Jun also shared that he enjoys exercising, however, he struggled with dieting as he was always tempted when he sees others enjoy food while he eats chicken breasts. 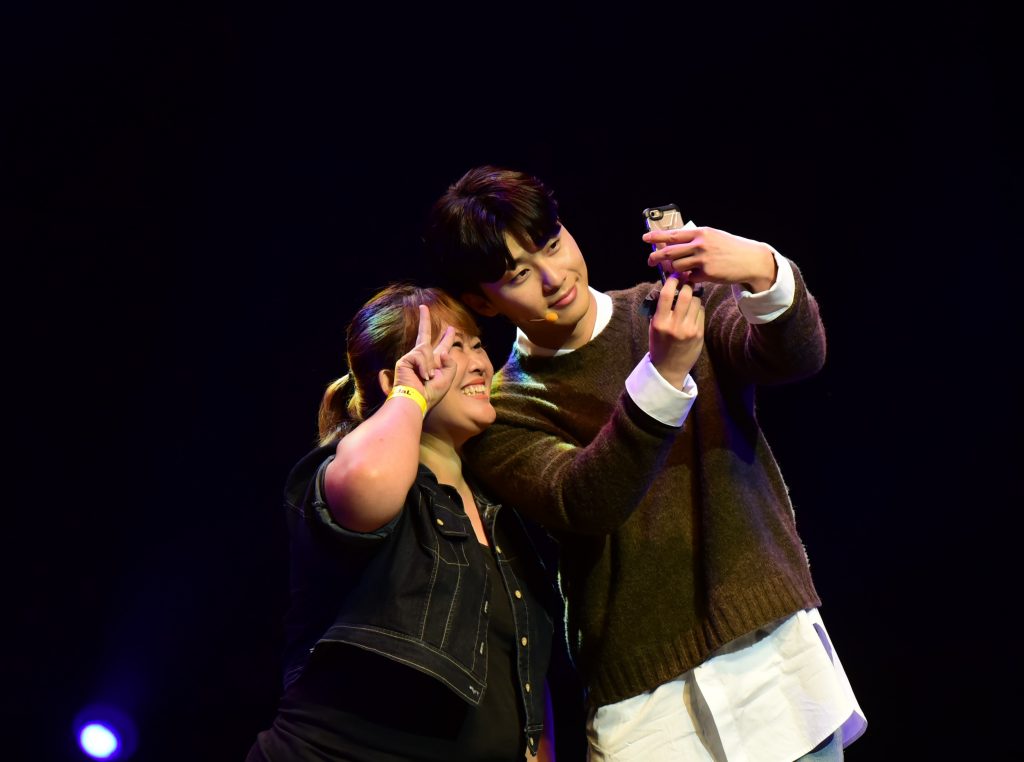 Park Seo Jun also talked about a meaningful scene during the drama. In that scene, he was standing in the middle of the road and his character, Ko Dong Man, had to decide if he should continue pursuing his dream as a fighter. Seo Jun revealed that he had goosebumps while shooting that scene. He believed that people would have experienced a similar problem at that age as well and he is very thankful that he chose acting as his career. He aspires to be a successful actor who is able to inspire others through acting. Just like how his character pursued his dream, Park Seo Jun encouraged his fans to pursue their dreams as well. 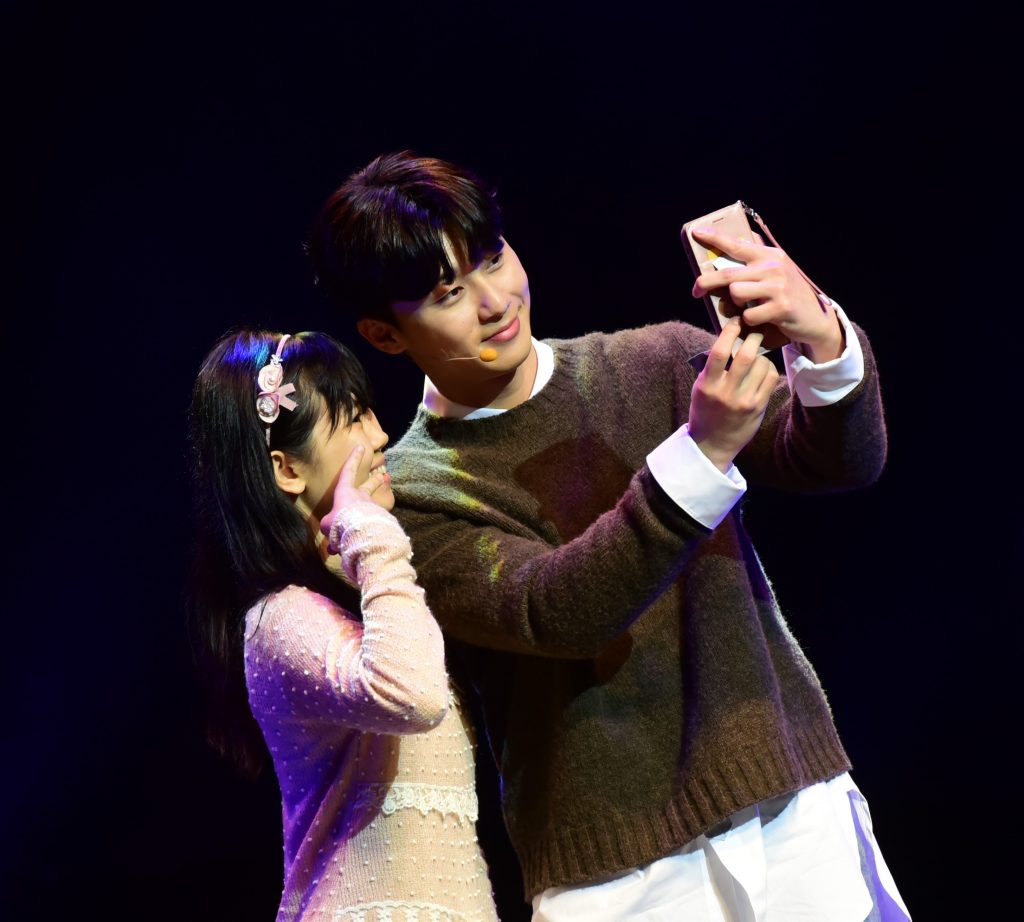 Besides being passionate about his work, Park Seo Jun also proved to be a down-to-earth celebrity who is very approachable according to former SISTAR’s Hyo Rin and other celebrities such as Choi Min Ho of SHINee, actor Choi Woo Sik and even his own health trainer. A special video of the people that Seo Jun has worked with was shown during the fan meet and it was evident that he is a great friend and colleague. 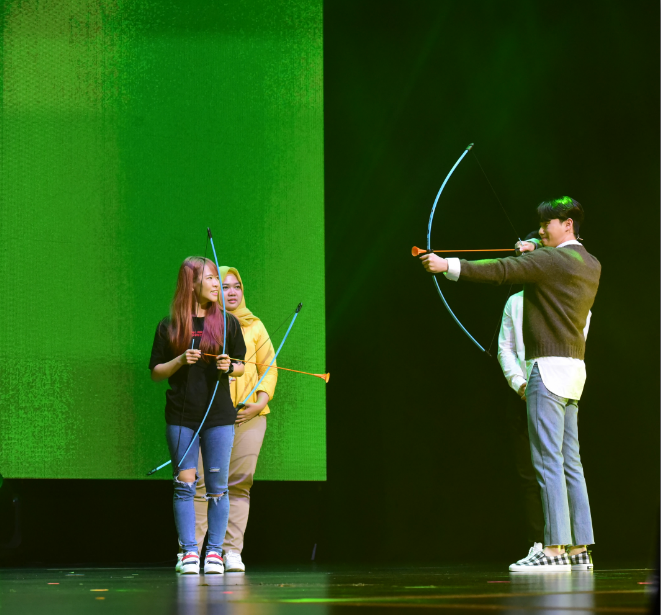 There was also a game segment where some lucky fans got personal archery lessons by Seo Jun and even a special meal, cooked by the talented actor himself. Not only was he generous with his fan service, Park Seo Jun proved to be the perfect candidate for a boyfriend. 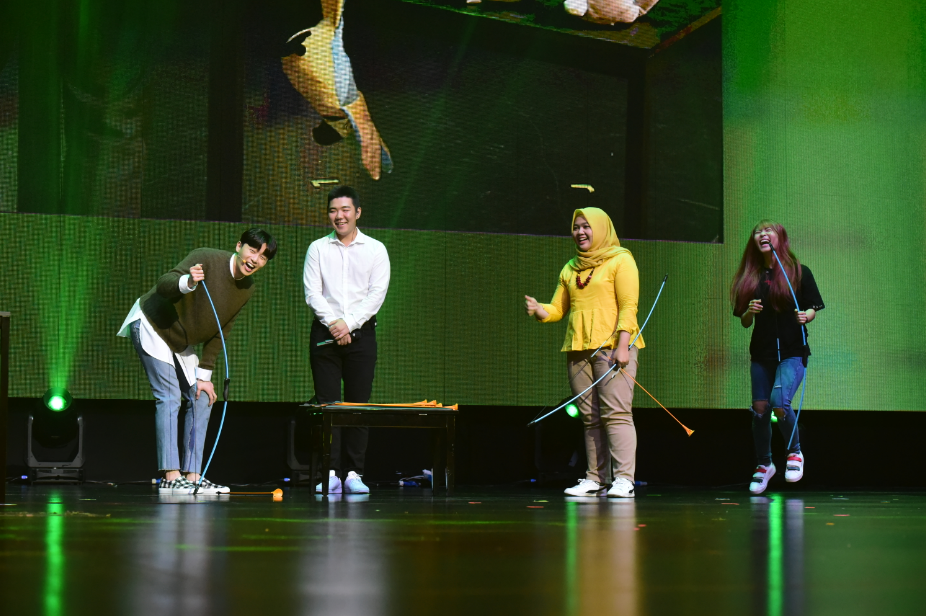 Park Seo Jun also showed his versatility as an entertainer by ending off his fan meet with a sweet serenade of ‘Come to my Heart‘ from the drama ‘Witch’s Romance‘ and ‘Girl‘ from ‘Reply 1988‘. From acting to singing, to being not only a humble but entertaining artist, Park Seo Jun is indeed worthy of the title, “Nation’s Boyfriend”. 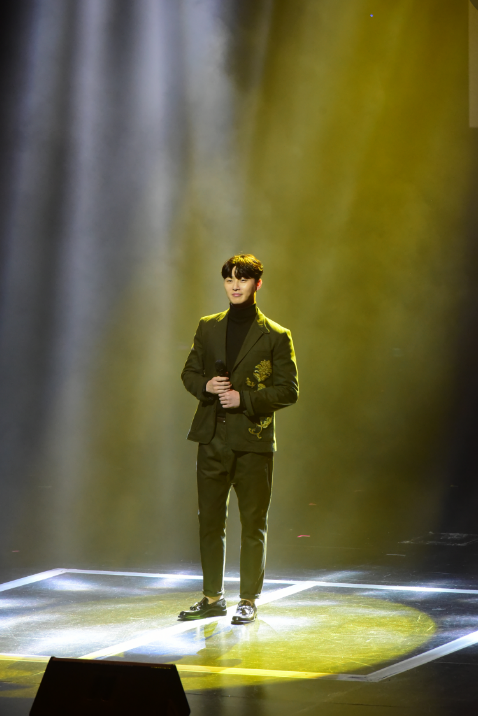 We would like to thank Unusual Entertainment for the opportunity to cover a great event.