aespa are ‘Girls’ that shouldn’t be messed with in their sci-fi comeback MV! 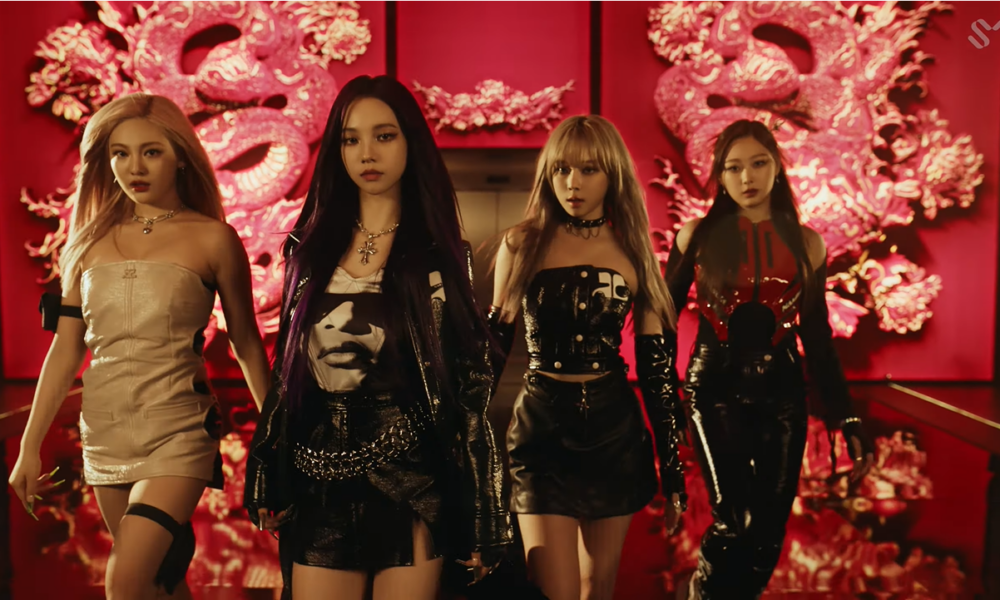 aespa are ‘Girls’ that shouldn’t be messed with in their sci-fi comeback MV!

On July 8th, aespa dropped the music video to their new title track, ‘Girls’. This comes off their simultaneously released 2nd mini album of the same name. Preceding its release, the quartet pre-dropped their first English single, ‘Life’s Too Short’, and Korean single, ‘Illusion’.

Feeling more cohesive than the past couple title tracks, ‘Girls’ punctures listeners with a metallic sound and bouncing synths. Electric guitar immediately presents itself mid-verse to give variation in the signature SM Entertainment way. Its vocally layered chorus sung in unison highlights the group’s vocal strengths. Charismatic rap sections meet their match with the aforentioned rock guitar breakdown, overall creating a track that sounds assured and confident with its delivery.

Watching the music video, the members team up with their ae counterparts to fight against evil forces. In the Kwangya, we see the Black Mamba monitoring each individual member’s actions. Using their collective power, they managed to defeat the foes. In the final scenes, the Black Mamba disintegrates into pixels on the floor, hinting at their vanquish.

Scroll for more
Tap
MCND post about their ‘#MOOD’ in a conquering MV!
Billlie release a throwback MV for ‘Patbingsu’!
Scroll