Like we recently mentioned, BEAST‘s talented member Hyunseung is finally getting his solo debut!

All though the news had been officially announced, so far we had no clue on what concept he would go, especially since BEAST have already shown many different concepts and the members who debuted solo had their own unique colors.

However, with the latest photo teaser for his debut, we can guess that Hyunseung will go for a sexy and strong concept, similar to what he showed in Troublemaker‘s “Now“. Blonde and shirtless, he appears to be leaving a dark and mysterious room in order to do something really important, but what could it be? Check it out: 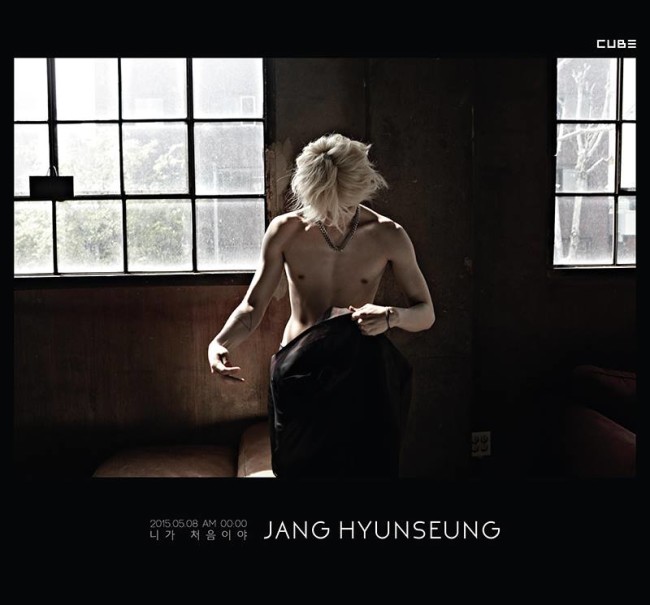 With this teaser, CUBE Entertainment also announced the title of Hyunseung’s first mini-album and it’s release date. According to them, “You’re The First” will be released on May 8th at 00AM, which is just a few days from now.

Are you excited? What do you think of Hyuseung going for this concept? I personally think it fits him really well since we already see him like this because of Troublemaker, and it’s great that his talents are finally being recognized enough for him to get a solo debut.

Stay tuned to Officialy Kmusic so you won’t miss anything!