Big Bang is at it again! They have caught the attention of the North American media once more. Big Bang has been nominated for Nickelodeon’s annual Kids’ Choice Awards, in the category ‘Favorite Global Music Star’. Bruno Mars and girl group Little Mix are also some of the nominees in this category. Nickelodeon is a television channel geared towards kids and pre-teens. They are known for their cartoons such as ‘SpongeBob SquarePants’. 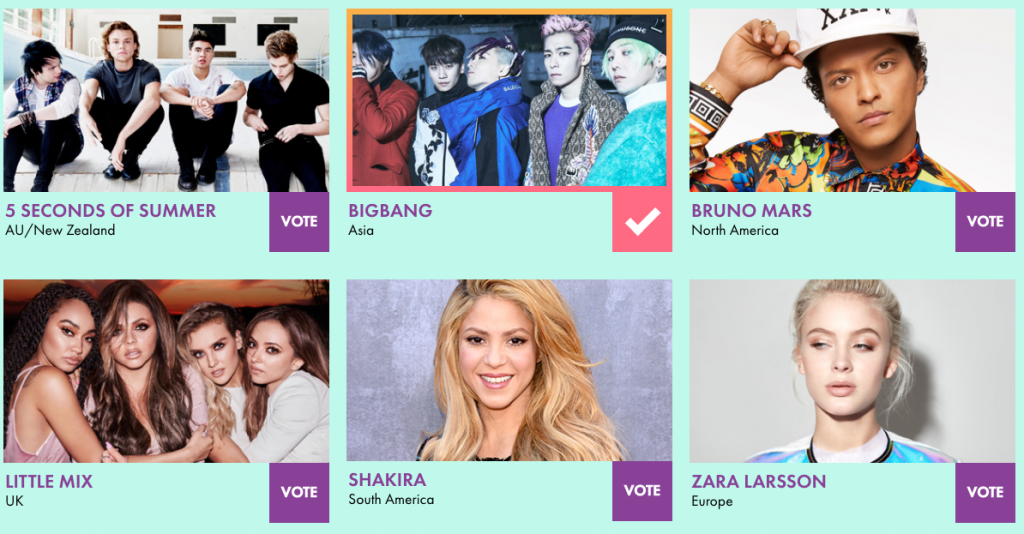 The five-member group has accomplished a lot since their debut 10 years ago. In December 2016 they released their full ‘MADE’ album which included 3 new tracks, ‘FXXK IT’, ‘Last Dance’, and ‘Girlfriend’. International fans were also blessed with their successful ‘MADE World Tour’ which traveled to North America and Oceania.

It is always nice to see Korean artists recognized globally! Head over to the Nickelodeon’s official website to vote for Big Bang!